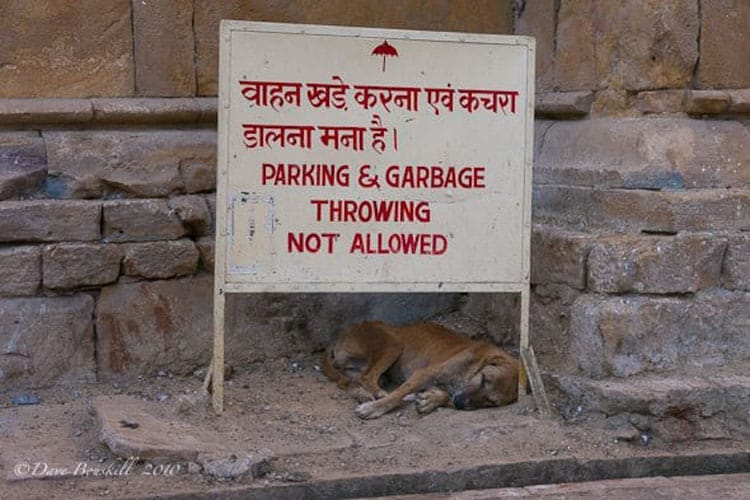 A couple of weeks ago I posted about the fact that India is much cleaner than we expected.

Well, the minute I posted that article, I have been eating my words. 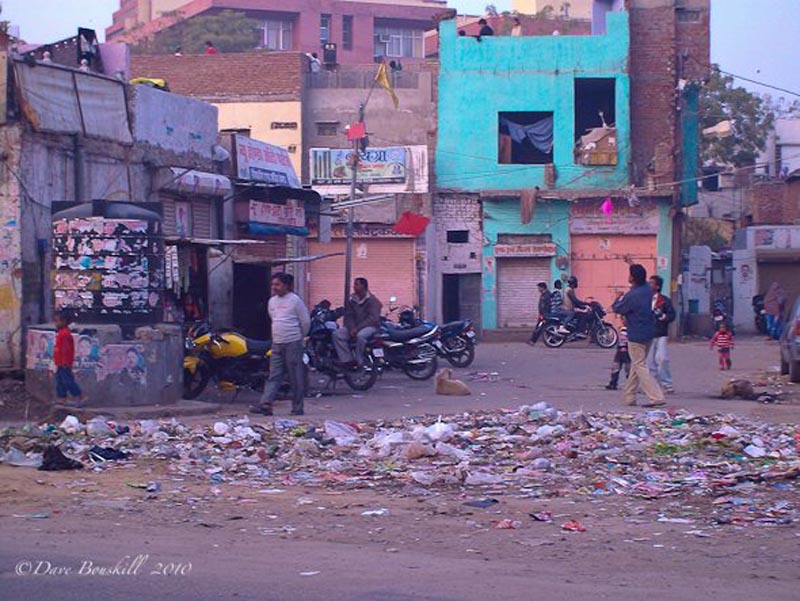 People Ignore Garbage in the Street

Ever since that day, India has become progressively worse.  You see, we started our journey through the country in the South of India.

We had heard all of the stories about the garbage, the cow dung, the pollution etc.

We thought that we should ease our way into India so that we would be more prepared once we traveled north.

The South is Cleaner than the North

Goa was so nice, it had people cleaning the beaches each morning. (Except for the cow carcass that the dogs gnawed on each day) We even saw garbage trucks go by every once in a while.

Hampi may have been rough around the edges but it was still possible to walk without gagging on a regular basis.

Kerala almost seems sanitized at this point and Mumbai, well let’s just say, I would love to go back to Mumbai.

It had a few sidewalks that we could walk on. It had a few garbage cans here and there and it even had a waterfront path to escape the traffic.  We didn’t even see cows in Colaba or the Fort District.

Check out 10 Things that Will Ruin Your Sleep in India

In retrospect, I think that we may have made the wrong choice starting in the south. 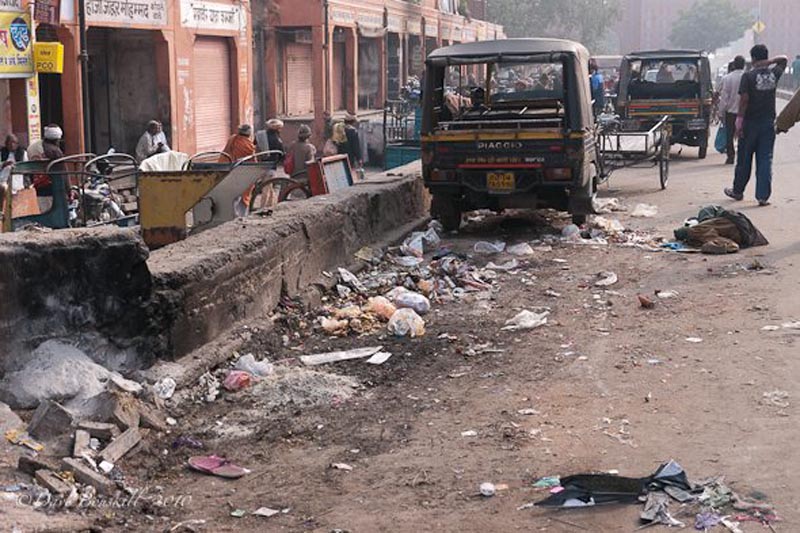 I think that if we traveled in the opposite direction we would have witnessed India becoming cleaner as we go.

Sure it would have been just baby steps to cleanliness, but with each city, we would have noticed an improvement.

Instead, we are seeing a dirtier and dirtier India with each stop.

We have become so grossed out in the North that we just may wimp out after Varanasi and the tiger sanctuary of Ranthambore and “skip out of Dodge” while we still have happy thoughts about India. 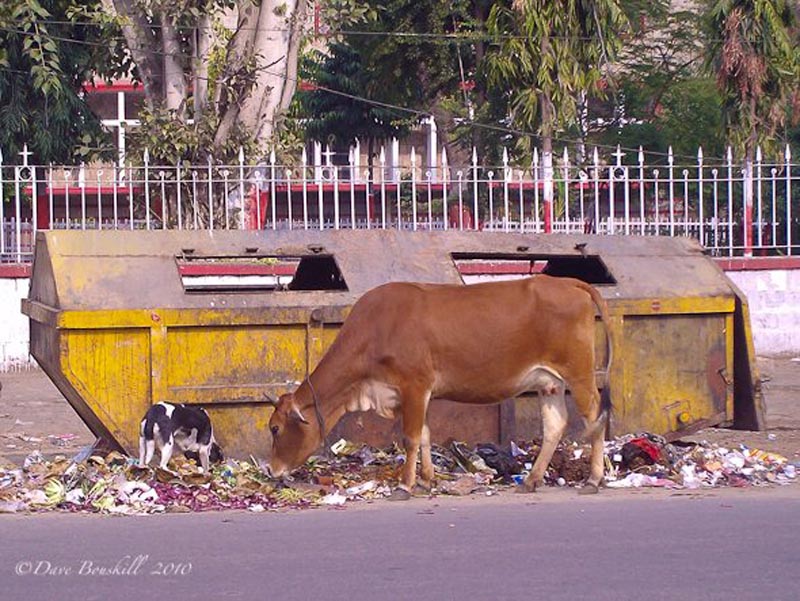 Garbage everywhere but in the Garbage Can

Rajasthan has been noticeably a mess.

Our first stop was Udaipur and we loved that town.  Sure, it had cow dung and garbage in the streets but we still loved it.

The city is beautiful, romantic and the people are friendly and kind.

But, the lake was polluted, and at times, you could smell the stench of urine where men had peed against the wall, but it wasn’t too bad. 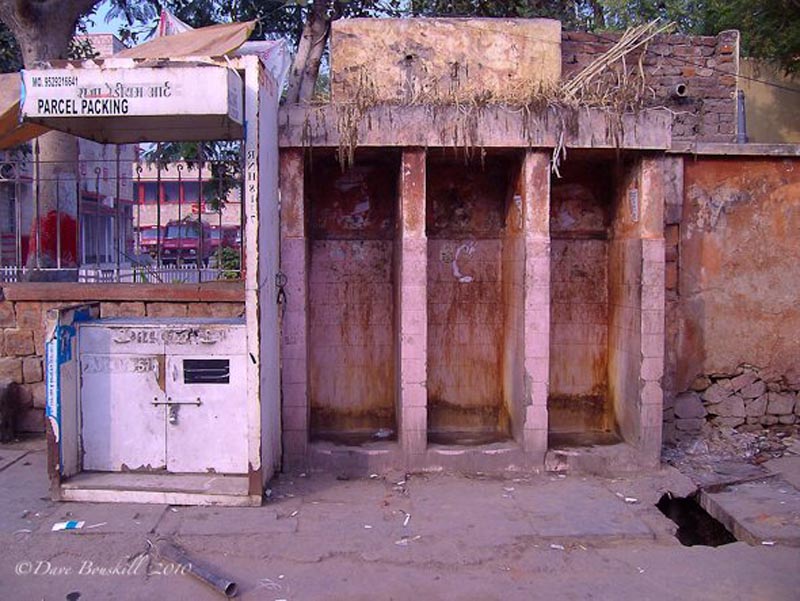 As we have moved on through Rajasthan, each city has become more cluttered with refuse. Human waste is in the streets along with the cow dung.

Open sewers flow along the sides of the foundations of the building.  It is impossible to walk anywhere.

The filth was becoming more apparent with each day. 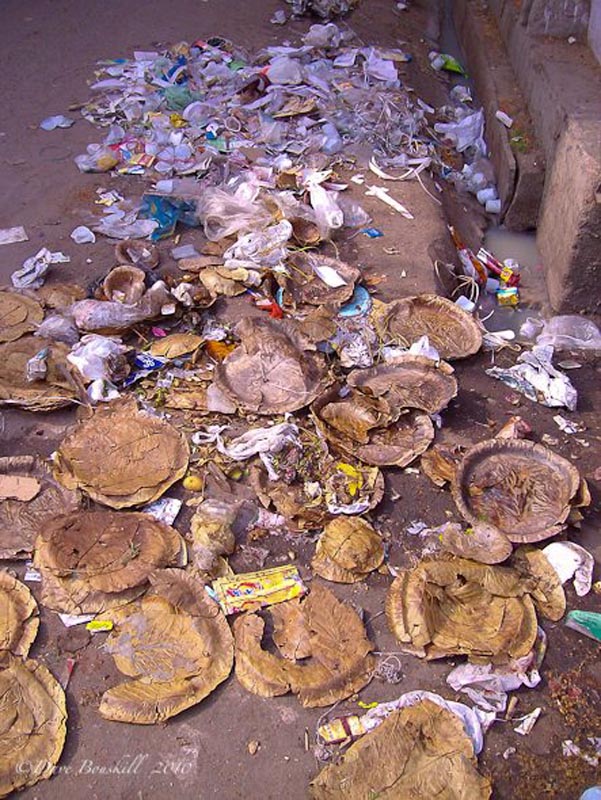 The Government Needs to Do Something

Now that we are in Rajasthan, we wonder why the governing body doesn’t get its act together.  There is no need to live in this waste.

It’s still worth it to go to India: Get the Lonely Planet India Travel Guide

There are a billion people in India, it should be easy to employ people to clean up the street.  Why not put in some garbage cans? That would be a great start.

If things are too disgusting to start off, why not put your criminals to work?  We have punishments in Canada where people are sentenced to community service. 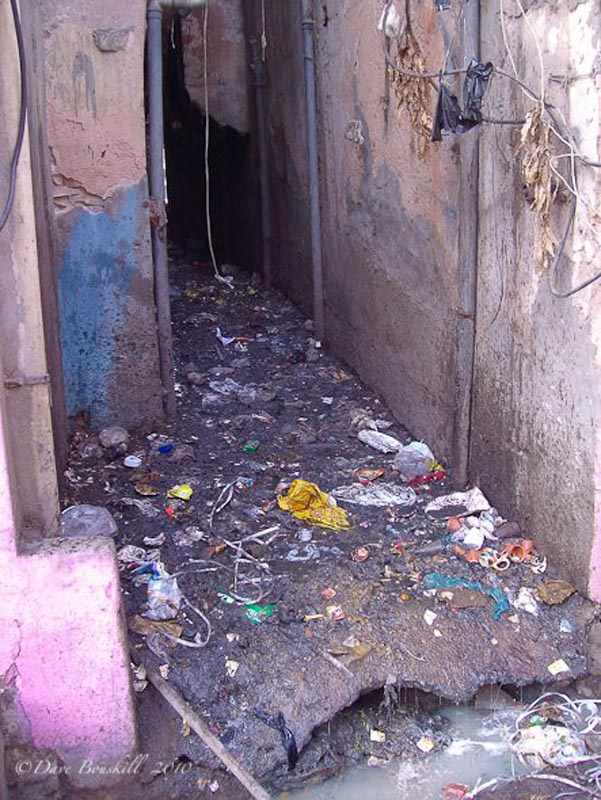 Dave and I walk around daily and state how there isn’t a reason for all this mess.

Well, we can’t talk while we are walking. I have to assume the position of walking behind him while he leads the way.

It is impossible to walk side by side. We must walk in single file.

We have to walk on the road with the cars, the rickshaws, and the cows and oh yeah, the filth. 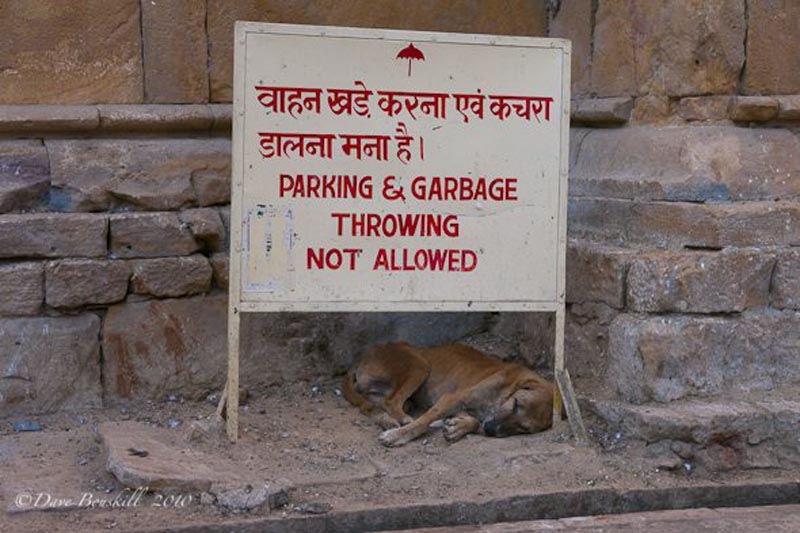 Signs don’t help at all – , Nobody Listens, India is still Filthy

Walking in India is Hard Work

We commented to each other that India is very bad for the relationship.  We never get to hold hands or socialize while we walk.

Nope, walking in India is work.

I have to walk with my scarf around my nose to block out the disgusting smells that linger in the air.

We have to watch where we step, we can never take our eye off the road.

One lapse in concentration and you could easily be stepping in a gooey mess of giant poop.

Maybe they should have touts sell hip waders to tourists, I’m sure they would be a big hit!

All the while you have to dodge buses, cars, rickshaws and the odd loogie of spit coming out of windows or flying through the air from somewhere.

You may trip over a homeless guy sleeping in the street… or a sleeping dog. Cows don’t move for anything and you have to fend off touts and beggars the entire time.

Do you want an adventure?  Try going out for a leisurely stroll in India. 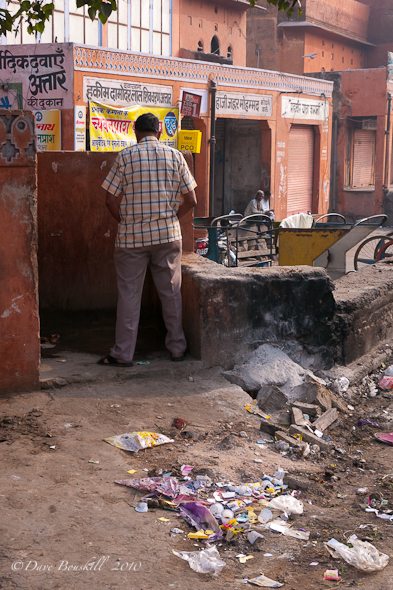 The stench of Urination in the Streets

The temples of India are beautiful, the forts are nice, but the waste, the feces, and garbage are such a turn off that we are really considering leaving the country for a while.

What can I say, we’ve reached our limit.  We just can’t get past the poop and rotting food in the street.

It really makes us appreciate what we have in Canada…A Garbage Union.

Those guys deserve all the money they are making and more!

Now, to the Indian government that prides itself in being the largest democracy in the world, we beg you, take care of your people and clean up your streets!

Read Next: Top Scams to Watch out for in India