Unique Things to Do on the Wild Atlantic Way of Ireland

The Wild Atlantic Way is Ireland’s newest attraction. Officially launching in March 2014, they connected existing roadways to make one continuous route along the West coast of the entire country. Spanning 2500 km it is the longest defined coastal drive in the world.

There are many sights to see and stops to make along the way. We’ve already told you about the incredible scenic views on the Atlantic coast. Well, now it is time to tell you about the things to do on the Wild Atlantic Way.

Things to Do on the Wild Atlantic Way

We rented a car in Dublin and then worked our way to the south of the country to begin our journey.

For Dublin ideas before or after your trip along the Wild Atlantic Way, check out The 10 Best Things to do in Dublin

Located in County Kerry, Skellig Michael requires a boat ride out to the Skellig Islands, but it’s worth it. This island was home to monks dating back to the 6th century. They built stone beehive houses at the top of the island and it’s a steep climb up the stone path.

There are signs warning people to climb at their own risk, but if you take your time, you’ll have no problem. It’s hard to imagine the hardships the monks went through over the centuries to build this monastery. They were seeking solitude and solitude is what they had.

It was inhabited until the 12th century and the ruins are in remarkable shape. The views are out of this world including the Irish coast and neighbouring Little Skellig.

Tours out to Skellig Michael can be booked by www.skelligexperience.com

It’s a good idea to base yourself in Port Magee for a couple of nights as landings are unpredictable. Excellent accommodation and hospitality can be had at The Moorings

Poulnabrone dolmen is a portal tomb in the Burren of Co Clare dating back to somewhere between 2500 BC and 4000 BC. The site was excavated in 1986 where they found the ancient remains of humans. The tomb consists of a capstone sitting atop 5 stones standing upright. Known as

Known as dolmen, these stones mark the entrance to the tomb. It is a striking formation that has made it one of the most photographed places in Ireland. One thing we were taken by was the pattern in the surrounding limestone rock eroded away over centuries, it was like a puzzle pieced together.

Dave and I have done a lot of kayaking in our day, but this was a first for us. When we saw that we were to meet Jim Kennedy owner of Atlantic Sea Kayaking, at 7:00 pm, we thought it had to be a mistake on the time. It must be a typo right?

As it turns out, this is what his kayaking experience is all about. Starting at the boat launch of Loch Hyne, in county cork, we loaded into our two man kayak to follow him around the lake. It was quiet and the animals were settling in for the night. He told us that he doesn’t use flashlights, instead, we let our eyes get used to the dark while enjoying a paddle using our senses taking in the stars.

We spread out in the darkness and sat in silence, it felt like we were completely alone. When it was time to go in, Jim and his son turned on their red lights so we could follow their lead. It was truly a unique experience.

4. Doolin Cliff Walk to the Cliffs of Moher

If you are looking for a unique way to see the Cliffs of Moher, the Doolin Cliff Walk with Pat Sweeny is the way to go.

Ireland was made for walking and a trip there wouldn’t be complete without taking a walk. Pat is a friendly local farmer filled with stories and will keep you entertained and interested.

His family has run his farm for generations and he came up with the idea of opening up farmland along the coast to allow tourists to walk from Doolin to the cliffs offering a different perspective than just a stop at the visitors centre.

Also check out Things to do in Northern Ireland

There is no better way to experience the quiet Irish countryside than to ride a horse into the hills. While visiting the town of Dingle, There are several operations on the Wild Atlantic Way to ride horses. It’s a good idea to be able to ride English as that’s all you’ll get in Ireland.

There’s riding for all levels, just let them know what your skill is and they’ll set you up on the right trip. Make sure to go to the mountains though, because you don’t want to miss views like this!

6. Listen to Traditional Music on the Aran Islands

If you go into an Irish pub in the evening, chances are they will have a live band playing. This isn’t like the live bands you have playing in other parts of the world. In Ireland, the band sits at the table, sips on a beer and plays traditional Irish music that is lively and entertaining.

The musicians are talented and passionate and we could listen to them all night. It’s not invasive at all. You can easily talk amongst yourselves, enjoy a pint of Guinness and even get up and dance if you wish.

Our favourite spot to listen to music was at Ti Jo Watty’s in Inishmor in the Aran Islands.

Check out The Best Things to do in Dublin

In Sligo County, you will find the famous Voya Seaweed baths. At the beginning of the 20th century, seaweed baths were plentiful and popular. As the population moved out of the west coast, seaweed bath houses started to fade and in the 60’s they all but disappeared.

Voya rejuvenated the Seaweed bath experience in 1996 and since then they attract 40,000 visitors a year. Dave and I were two of them. The experience takes you into a room housing a tub filled with water and seaweed. You start off in the steam room letting your pores open up so you can truly get the detoxifying effects of the seaweed.

You then sit in the tub for 50 minutes letting the seaweed smooth your skin and heal your body. I don’t know if it worked, but I sure felt relaxed afterwards. Although I think the Guinness we had later on erased all the healing effects from the bath.

8. Stay in a Castle in Donegal

Ireland is filled with decaying and ruined castles, but many are starting to be renovated into five star resorts.

While you are staying in an old castle, the rooms are renovated with pure luxury and modern comfort.

We felt like a King and Queen as we walked the grounds and enjoyed fine dining in their dining room before heading to the castle pub to listen to traditional music and enjoy a pint of Guinness.

9. Go Surfing at the Beach

Ireland isn’t the first place I think of when going to the beach, but we were completely blown away by their beautiful sandy beaches. People were out surfing.

Many beaches offer surfing lessons for beginners but Ireland is world-renowned for its advanced surfing.

Where to go surfing in Ireland:

Ireland has 2500 km of coast on the Wild Atlantic Way so there is plenty of surfing for all levels.

But you don’t have to surf, these beaches are made for walking and sightseeing, we enjoyed walking to the shipwreck of Rossbeigh Beach.

With all the cliffs and caves on Ireland’s Atlantic Coast, it was made for coasteering.

Coasteering involves climbing, jumping, scrambling and swimming around the rock pools, cliffs and caves of the intertidal zone.

You wear full-body wetsuits, life jackets, and a helmet as you explore caverns, gullies, caves and rock formations. This is

This is hardcore but you can go as tame or as crazy as you like!

Also see our Tips for Driving the Wild Atlantic Way

Have you driven the Wild Atlantic Way? What are your favourite activities to do?

For more information on visiting Ireland check out Ireland Holidays and for information on the drive visit Wild Atlantic Way. Flights provided by Aer Lingus, now offering direct flights from Toronto to Dublin. 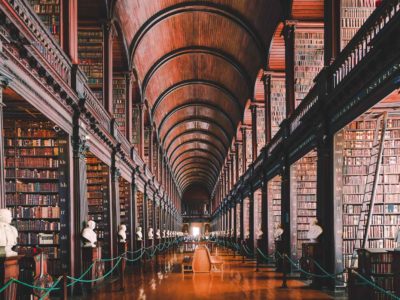 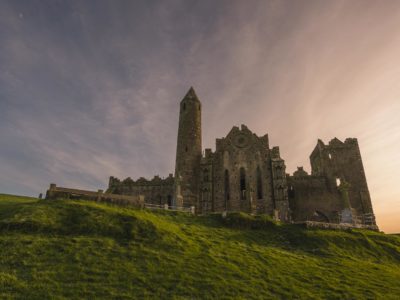 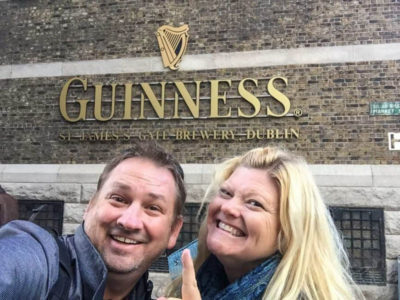