The magnificent Petra and The Blue Mosque of Amman, The Arabian Desert and Wadi Rum, the stomping grounds of Lawrence of Arabia himself, T.E. Lawrence. The mysterious Dead Sea and Red Sea Coast. These are just some of the images that spring to mind when envisioning the Kingdom of Jordan. In fact, Jordan has something for every type of traveller. From high adventures like taking a hot air balloon over Wadi Rum or sleeping in the Desert having a Real Bedouin Experience to visiting the Kings auto museum. Maybe you can try Smoking Sheesha for the First time or witness the Roman Ruins of Jerash and of course you can’t miss visiting the ancient ruins of Petra. Visiting Jordan is an unforgettable experience and a definite addition to anyone's bucket list. This Jordan travel guide will help you plan your next vacation. 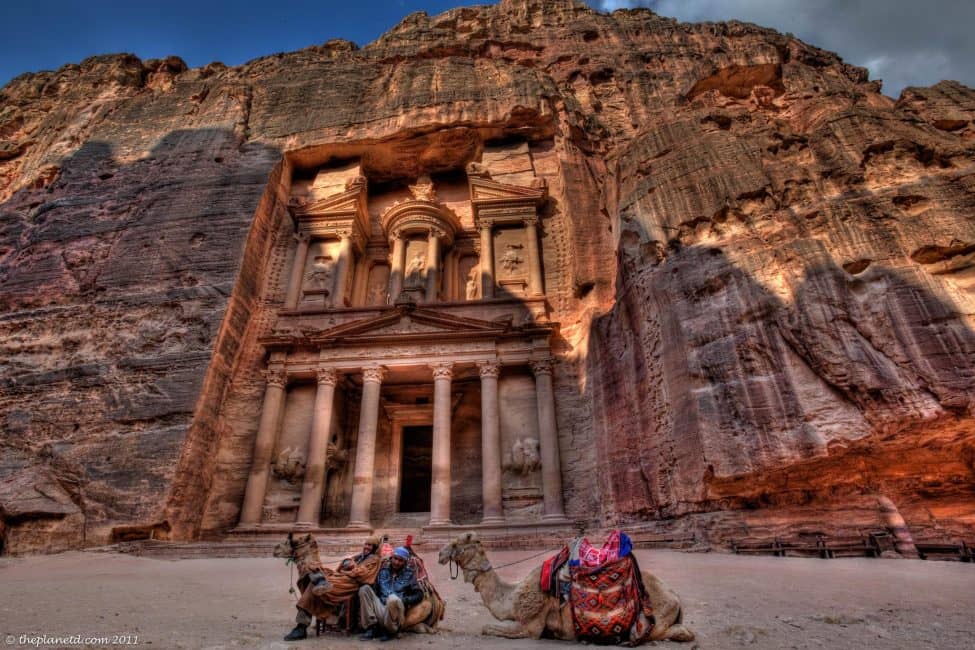 Jordan may be a small country but it has a range of different climates; on  the same January day you could be throwing snowballs in Ajloun or topping up your tan on the Red Sea beaches. The best time to visit climate-wise is in spring (March to May) and autumn (September to November), when the daytime temperatures aren't too extreme. Summer lasts from roughly June to September and temperatures in certain areas have been known to top 45°C while wintertime in some cities, like Amman, can experience chilly biting winds, showers and even snowfall. In short, the Jordan Valley and Gulf of Aqaba suffer the worst summer heat and humidity while the winters in the higher central and northern areas can be quite cold.

Top Things to do in Jordan

Jerash – Welcome to the Ancient Roman City of Jordan