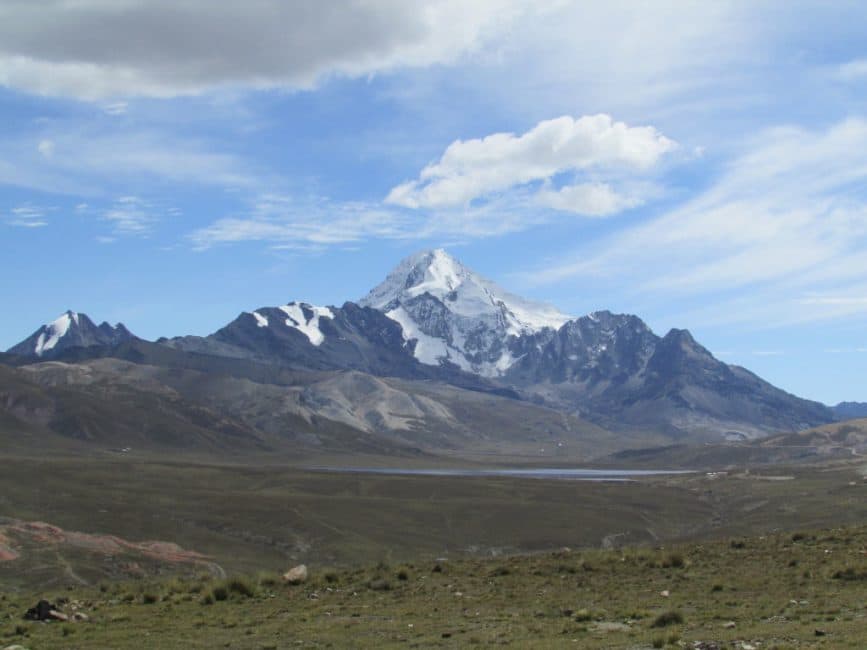 My hands ached and cramped as I fumbled with my ice pick.

We were approaching another steep incline on the side of Huayna Potosi in Bolivia – a 6,088-meter peak. Having never climbed a snow covered mountain in my life, let alone one at this altitude, my body was rejecting every attempt to connect with my brain.

Another incline lie ahead, and I wanted to switch sides, hoping to better distribute the pain in my legs, but the wires between my fingers and my thoughts fought each other with sparks of confusion.

What failing to summit Bolivia's Huayna Potosi taught me

The darkness and cold pressed into my eyes as I stared helplessly at my clunky hands, hidden somewhere beneath oversized gloves.

My ice pick ran down the mountain like the shadow of a shooting star, evaporating into the darkness before I could register the magnitude of what I’d done.

It was gone. I had let go of the strap that secured the pick to my wrist to switch hands, and now it was gone. I slumped over on my side – falling only about a meter against the incline — as our guide stared down the white face, looking as helpless as I felt.

After too many silent seconds, I asked him, “What do we do?”

My mind couldn’t possibly construct Spanish sentences amidst the panic and exhaustion that churned my insides.

I felt my heart rate increase when he failed to respond. Anger was suddenly warming my frozen face.

“You have to tell us what to do,” I demanded in a flat tone that barely broke the wind.

Second languages don’t often translate well under pressure, but emotions sure do.

The wind whipped up, fanning the cold flames of my frustration as I stared at him and waited.

I hadn’t wanted to do this hike, but after three days in La Paz, Bolivia – acclimating to the altitude as well as my travel partner’s pleas to join her – I gave in.

I’ve run a few marathons. I stay in shape. Surely I could handle this Bolivian tourist attraction. It was just a hike – a very cold, steep hike.

Our guide had picked us up in a rusty Volkswagen on the first day of our expedition. Mario would lead Claire and I for three days of mountaineering. The first two would get us to the base of the peak where we would try out hand at ice climbing.

The second would be steep, but still relatively straightforward. And the final leg would be glacial and challenging, to which we couldn’t fathom the extent.

Mario knew the English names of the boots we tugged on while test running our mountain uniforms. He could translate each piece of equipment, tied to a scripted sentence on how to use them. But when questions arose, he’d look at us and smile – gold lined teeth glittering with an expression of shyness and apprehension.

“My English no is good,” he’d respond, apologetically, and we’d all chuckle with nerves and disconnect.

Huayna Potosi looms in the distance as we drive to the start of our hike.

By mid-afternoon on our first day, we were suited up and trying our hand at ice climbing on a practice wall around 4,000 meters. The hike there had been tiring but fulfilling. I had felt strong and capable with the dry ground, grinding beneath my sneakers

But when it came time to practice the fun part, we changed into heavy boots and crampons, and the rocks we’d been scaling all afternoon were now covered with slippery ice.

Mario attempted to explain the basics of walking with crampons, demonstrating a sideways march up an incline, expertly stamping his spikes into the snow as he crossed foot over foot with ease.

I attempted to mimic his instructions, and he shook his head, again and again.

“No, no, no” was the only verbal feedback I could discern. I was suddenly irritated with his inability to communicate proper instructions. Why were we sent up a mountain with someone who couldn’t tell us how to get to the top?

His reaction to my frustration made it clear that I wasn’t hiding it well. He tried harder to fill his sentences with detached, English words – but my feet still slipped and criss-crossed at the wrong angle, tangling my legs and tugging my body to the ground.

“I suck at this,” I muttered as Claire made her way up our hill with practiced steps and concentration.

I tried again and made it higher. Mario clapped and said, “Good job! Now come back down.”

I pointed my toes forward, unnaturally bending my feet like he had shown.

“This doesn’t feel right!” I shouted at him at the bottom, repositioning my feet to sideways steps.

“No, no no!” he shouted back, stamping his own feet in the direction he wanted mine.

I threw my arms up in the air and scuttled sloppily down the incline. My feet didn’t move like his. That wasn’t my fault.

Night of the Summit

On the night of our summit, we were instructed to go to bed around 5pm. An early evening purple filled the little window of our shack on the side of the mountain and I knew I’d never sleep.

The floor was covered with the mounds of black sleeping bags, some gently rising and falling with slumber, others twisting and turning to fight the freeze that kept me up. We’d rise at midnight – stiff, cold, and tired — to summit before sunrise.

Now, we were clinging to the side of this blustery mountain, squinting against gusts of snow.

Mario was tying us to my remaining axe, which he had just buried, deep in the ground.

At that, we watched his figure disappear, almost as efficiently as my ice axe had fallen. I briefly forgot about the discomfort and fear that had saturated the experience as I watched him go, marveling at his skilled movements.

He was an impressive mountaineer. I’m sure he was frustrated by the trip down the side of the mountain. But in that moment I couldn’t help but think he was also relieved to escape us and be one with the beast he knew so well.

Mario climbed this mountain five times a week, every week. It wasn’t a challenge to him. It was home.

Once he was out of site, I had time to sit and shiver, thinking about how exhausting it must be to keep tourists moving on something that was so difficult to them, while second nature to him.

It was his job to keep us safe – a heavy weight for a small man, both literally and figuratively, as we must have each outweighed him by ten pounds, at least.

We wouldn’t make it to the top that day.

Despite his encouragement upon return, our bodies were thrown by the time of immobility. When we started up again, I felt as though my veins were each trapped in tiny vices as the oxygen was slowly and torturously squeezed out.

We saw the sunrise instead, from halfway back down. It was beautiful, but I could barely look.

With a forced smile, I tried to thank Mario with enthusiasm when we reached our camp. I felt terrible – not only because of our failure to summit, but because of how I’d inadvertently taken it out on him, ever since my struggle with the first day of ice climbing.

He clapped me on the back with a gentle expression that said he’d dealt with worse. For my own, selfish sake – I hoped that was true.

Pushing Past My Limits

The experience of foreign places has a tendency to push us beyond our comfortable limitations. I’ve always reveled in the ambitious behavior that travel inspires. But on the side of Huayna Potosi, I discovered that this drive won’t translate unless you can find it within yourself as well – independent of your inspiring surroundings.

Tour companies will allow you to take on extreme challenges, like a 6,088 meter climb up a glacial peak, as long as you’re willing to pay the cost. And they’ll use awe-inspiring photos of those who have gone before and succeeded. But success isn’t for sale unless you can fight for it on your own.

It doesn’t matter how novel the experience, how stunning the surroundings, how foreign the setting – the internal challenges are all the same.

What I did accomplish on the side of Huayna Potosi, was an acknowledgement of my limitations, and I vowed to never again put those on anyone but myself. 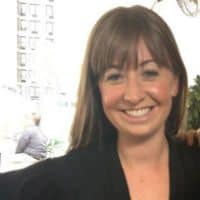 Britany Robinson is an adventurous Millennial who can't stay in one place for long.

She writes about travel, culture, and life from the Millennial perspective on her blog, Stars on the Ceiling.

After driving across the U.S. for the past three months, she's settled in Portland, Oregon for now, where she's enjoying an overwhelming selection of craft beer and working on her first novel.

10 Reasons You Should Travel To Bolivia

Everything You Need to Know About Visiting the Bolivian Amazon