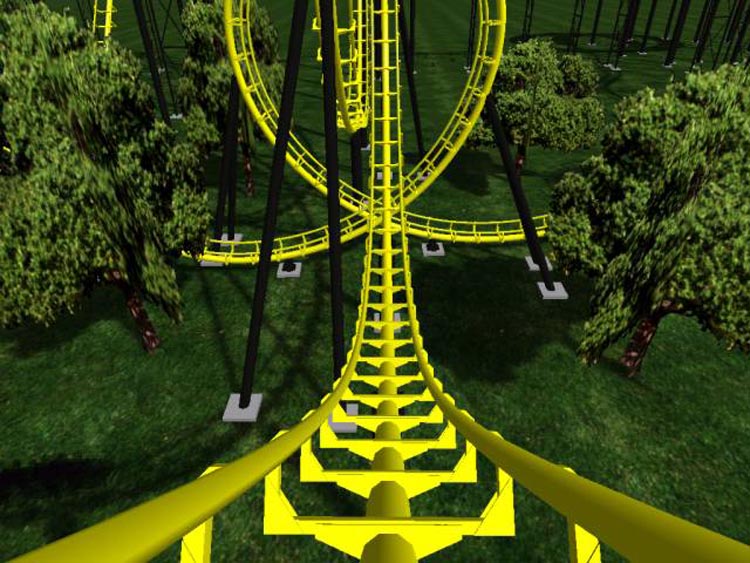 Florida is home to some of the world’s best theme parks such as Universal Studios, Busch Gardens, SeaWorld and Disney World; all of which have some of the most thrilling & scary roller coasters that you’ll ever dare to ride.

Days out to the theme parks have become almost synonymous with holidays to Florida, as most tour operators offer theme park passes that allow you entry into all of the parks for one fee.

We’ve compiled a list (with videos) of the top 10 roller coasters in Florida that should definitely be experienced whilst you’re on holiday, especially if you love the white-knuckle rides that leave your palms sweating just at the thought of going on them.

An indoor roller coaster built around an outer space theme, Space Mountain is one of the most famous coasters in the world, housed at Walt Disney World’s Magic Kingdom.

Riders are given the choice of either the Alpha or Omega track, both of which offer the same ride regardless of which route you choose:

Located at Universal Studios, reaching speeds of 65mph and a height of over 17 stories, the Rip Ride Rockit also allows you to play your own choice of music whilst riding the coaster, to make a personalised video at the end of the ride.

There are 6 ‘near misses’ where you’ll almost collide into something, only to breathe a sigh of relief when you fly by:

One of the signature attractions at Disney World, Rock ‘n’ Roller has its own soundtrack, provided by Aerosmith.

You are given a quick tour of a recording studio, before being strapped into your seat and flying round the coaster at 60mph, reaching a G-Force of 4.5

7: Harry Potter and the Forbidden Journey

The Forbidden Journey takes you around Hogwarts at breakneck speeds while dragons breathe fire at you.

You’ll come to face to face with other animals and characters from the film on the ride that was voted Best New Attraction in 2010:

One of the tallest and longest coasters in the world, Montu stands in Busch Gardens at a whopping 46m high and reaches speeds of 60mph, with a G-Force of 3.85.

Another one of Busch Garden’s favourites, Kumba is similar to Montu in the sense that it has 7 inversions making it a must for those who love twists, turns and being upside down on rides.

At a height of 44m, it is only a little shorter than Montu, but it’s the same speed and offers the same G-force:

The only duel inverted roller coaster in the world, Duelling Dragons is themed on two Chinese dragons that race each other around the track, nearly smashing into each other three times along the way.

Riders are given the choice of which dragon they wish to ride – Chinese Fireball which hits speeds of 63mph, or Hungarian Horntail which travels at 57mph.

Just watching the video is enough to put you off ever setting foot in Sea World ever again. With a drop almost 15 stories high, and speeds of 65mph, you’ll want this ride to end the minute the over the shoulder harness locks into place:

At the Islands of Adventure, just like The Incredible Hulk; it’s big, green and scary. After entering Bruce Banner’s lab, the gamma-ray accelerator goes wrong and transforms you into the Hulk.

After being propelled to the same G force as a jet taking off within 2 seconds, you’ll then be launched 150ft into the air at 67mph, before enduring cobra rolls, barrel rolls, two vertical loops and a Zero-G roll.

SheiKra definitely is not for the faint-hearted. After being slowly carried 200ft at a 45-degree angle, you’ll be dangled over the edge before plunging 200ft back down to the ground at 70mph on a 90-degree angle, with a G-force of 5.

SheiKra features an Immelmann loop, a water feature and another terrifying 90-degree drop, this time from ‘only’ 138 feet. Enjoy:

What to do in Grand Cayman? 15 Ideas to Make the Most of Your Trip

Paradise in the Exuma Cays, Bahamas – Oh, and Swimming Pigs, Too!