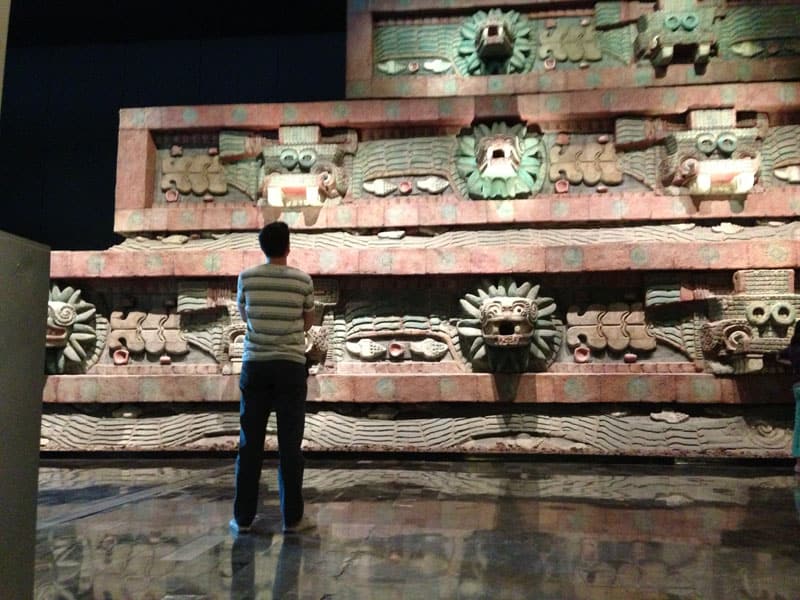 When I was four years old my family took a cruise to Cancun. Cue the cliches.

Jewelry hawkers tried to drape silver necklaces on my mother. They pushed overpriced woven blankets and fake Mayan replicas on my grandmother. I played with other sunburned American kids in the blue water. It stung my eyes so hard I cried.

For 25 years, Mexico was just a touristy party land to me. It was a place to go on spring break or after graduating college. Frankly, I didn't take it seriously.

The base of the famous Angel of Independence statue in Mexico City. For too many years, I never considered traveling to Mexico. That was dumb.

That changed in the late 2000s. Suddenly there was a growing number of beheadings, rapes and shootings in the tourist areas of Acapulco and the Yucatan. The media made Mexico out to be a bloody Disney World. I was intrigued.

In 2013, my fiance Greg and I visited Mexico City on a mission to discover the Mexico that didn't involve beachside resorts or headless tourists. We rented an apartment in La Condesa, a neighborhood with a reputation for being authentic and safe.

It was just five nights, but that trip to Mexico City was a game changer. It opened us up. The world got a little bigger, and suddenly eating bugs and accepting brown water from a stranger didn't seem like big deals.

First, let's be upfront about something; we were scared.

The internet hype around “the dangers of Mexico” was intense. There were a handful of online comments about armed robberies on busses. A few people knew a friend-of-a-friend who had been mugged in broad daylight. 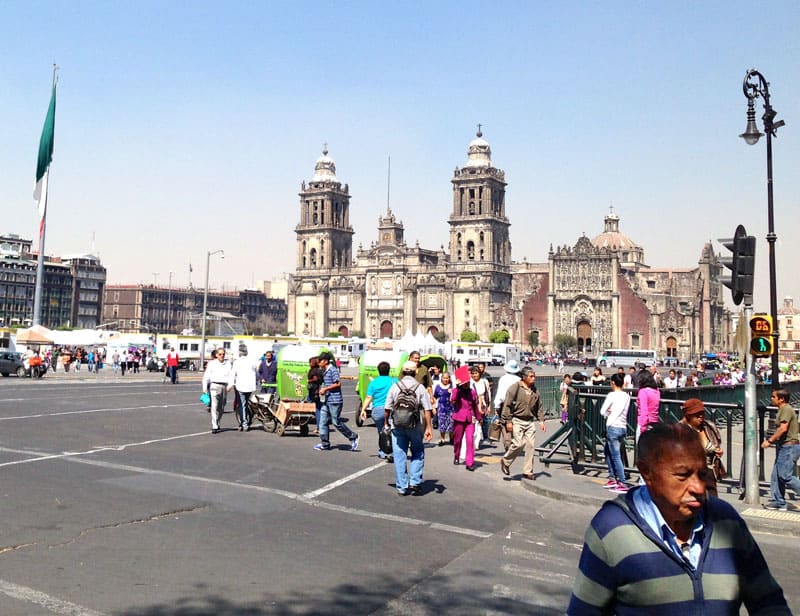 This place was not the scary land of drug dealers we'd read about online. Sure, we were extra vigilant and stuck to the most well-lit path. But overall we felt completely safe in La Condesa and the city center.

Mexico City was interesting. It was gritty and real and the food was amazing. We discovered an intriguing, and ridiculously high value, corner of the world.

Screw Mayan knockoffs in Cancun. Mexico's Museum of Anthropology had authentic replicas from all of Mexico's original cultures.

Then there was the bug eating.

The New York Times did a writeup about a downtown Mexico City restaurant that served toasted grasshoppers and orange slices. After downing some mezcal we practiced our sub-par Spanish on the waitress.

“Insectos?” I made a hopping motion with my hand across the table.

(Pro tip: the correct word for ordering grasshoppers is “chapulines.”)

When she brought them over we had to convince ourselves they were actually dead. The toasted corpses appeared to move in the wind. I won't tell you grasshoppers taste good. They were somehow crunchy and squishy at the same time. But you know what; we tried them and lived to tell. 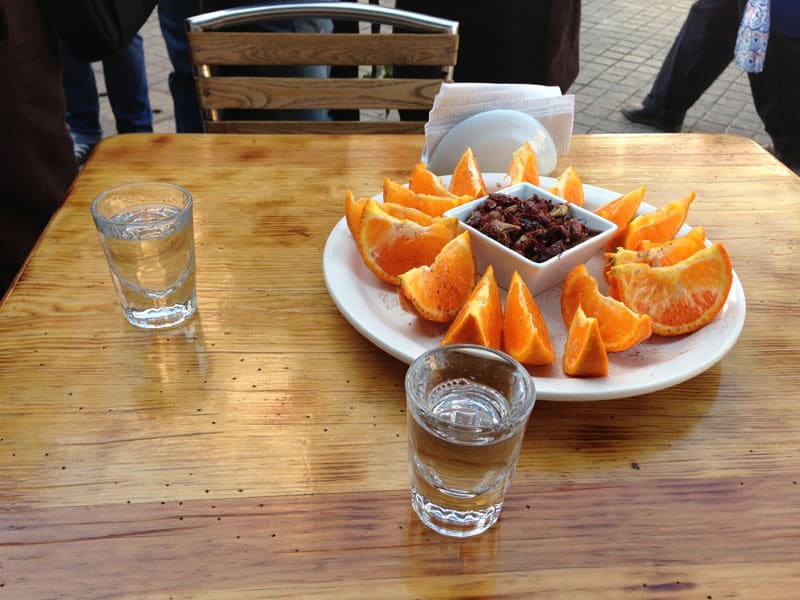 A plate of chapulines (toasted grasshoppers) and orange slices.

Inspired by eating my first bug, (and made bold by drinking more mezcal,) I kept the whole try-something-new thing going at dinner. When the waiter took our drink order, I pointed to a random cocktail on the menu.

He returned with a beer and a muddy glass of brownish red liquid and ice. What exactly was this “cubano” I had ordered? One sip and it was clear this would be my go-to drink for the remainder of the trip.

Once home, I immediately tried to replicate the cubano recipe. The closest I've come is a mix of hot sauce, Worcestershire, lime, salt and beer. (Cheap beer works best.)

Looking back, Mexico City was one my favorite destinations to date. Perhaps because I didn't have any expectations. My eyes were completely open. There were no preconceptions, just what was in front of me.

And often that was a cubano. 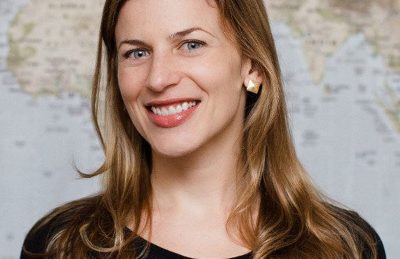 Helen Anne Travis is a travel writer whose work has appeared in the Chicago Tribune, Huffington Post and Tampa Bay Times. Her passion is sharing the people, culture and personality of a location with readers. She enjoys exploring up-and-coming destinations, and finding fresh angles to popular places. She blogs frequently at FromWayUpHigh.com, and works as a freelance writer and storytelling consultant for clients including Sony, Canon and Aruba Tourism. Say hi at @helen_anne or Facebook

Top 10 Things to do on the Yucatan Peninsula Mexico

WebsiteFacebook
You are Here: Home » Guest Posts » How Mexico City Proved Me Wrong