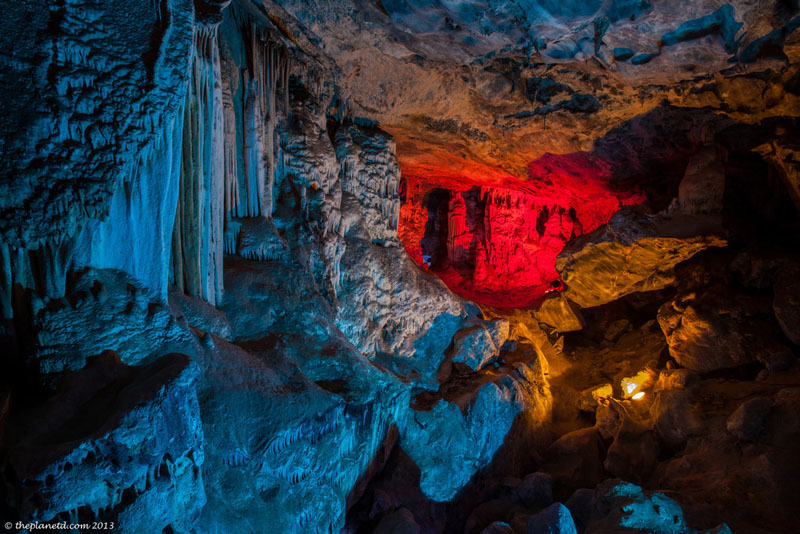 Do you want to do the adventure tour or the standard tour? That was the question asked when we booked our tour at the Cango Caves in South Africa during our road trip through South Africa.

The country's oldest tourist attraction. Naturally we answered Adventure! Little did we know that we'd be squeezing through the tiniest of passageways crawling through tunnels with names like the Devil's Chimney and Lumbago Alley.

Lumbago is a term to describe pain in the lower back and believe me, with the hunching and crawling you have to do through this section of the Cango Caves, you're back will be feeling it. 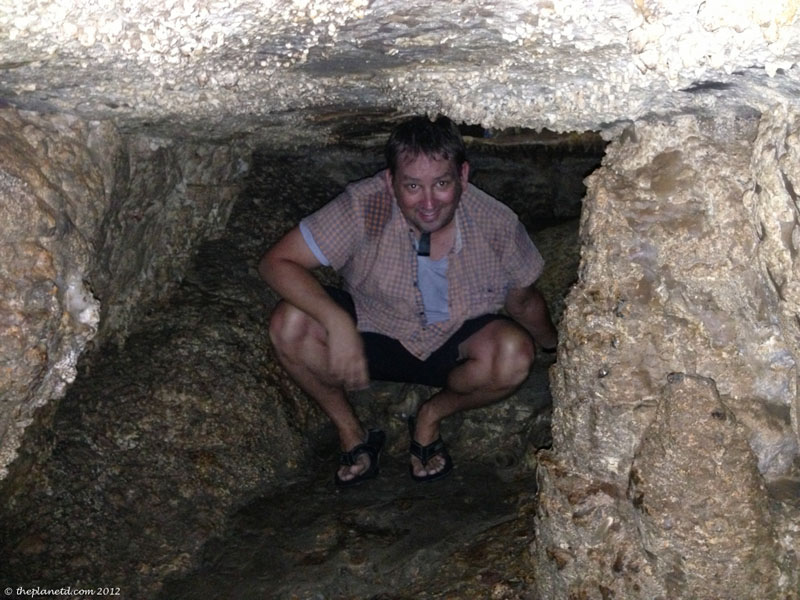 Memories of my claustrophobic crawl through the Cuchi Tunnels in Vietnam years earlier sprang to mind, but I kept up a brave face for Dave and our guide Cedric as we strolled through the first few chambers of this massive cave system. 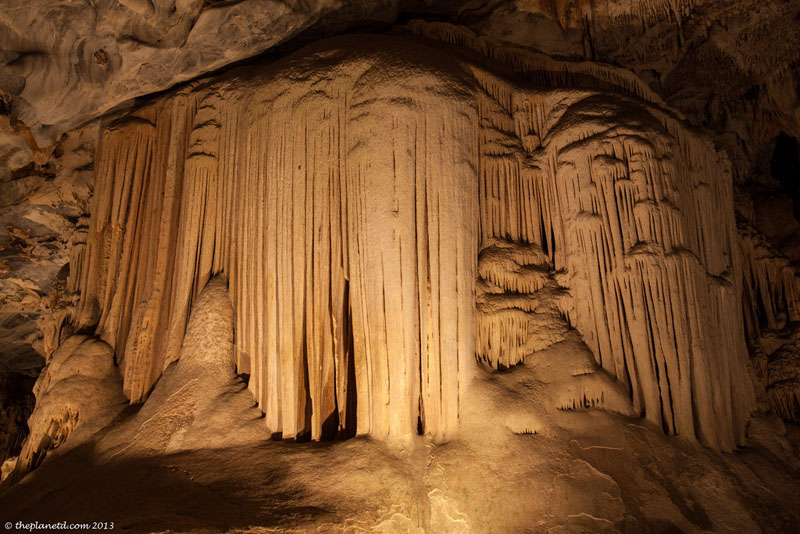 One of the perks of the adventure tour is that you get to walk through all the caves that the standard tour takes you through.

The first stop is the giant Van Zyl's Hall. At 90 metres long, 50 metres wide and 18 metres high, it is an impressive cavern.

Once upon a time concerts were held in this hall and as we looked at the old stage at the front of the chamber, I could almost imagine music echoing under the massive stalactites. 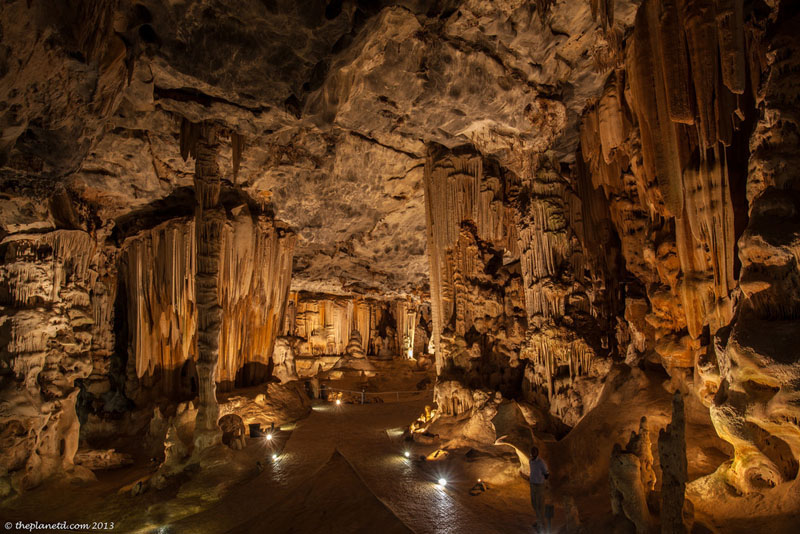 The next room may not be quite as large, but it is definitely the most beautiful of all the chambers.

With crystal waterfalls, pipe organ formations and giant stalactites and stalagmites with names like The Leaning Tower of Pisa, it is out of this world. And that is how it feels to be underground among this beauty.

You feel as though you are on another planet.

The Cango Caves are one of the most magnificent caves we have seen. We've been in large caves before and we've been in intricate caves before, but we've never been in the perfect blend of giant and detailed.

Tours of the Cango Caves

Tours started here in the early 1800's and Cedric talked to us about how early travellers used to climb through the system with oil lamps.

They've opened up the passageways by clearing out all of the packed clay left over from the underground rivers, so today's tours are much more comfortable than the early explorers of the Cango Caves.

It was a farmer in 1780 named Jacobus Van Zyl who discovered the Cango Caves.

He was lowered into the first chamber and discovered the giant cavern, twelve years later the second chamber was discovered and the rest is history. 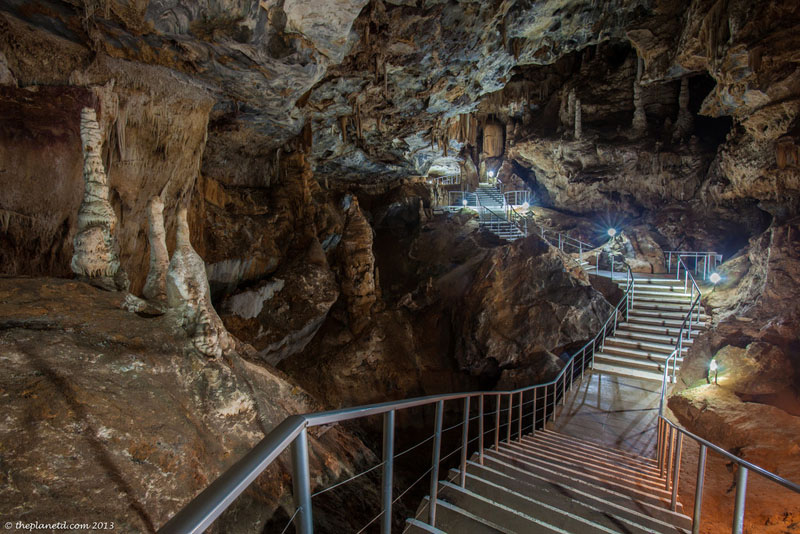 Now you can walk through the caves on packed clay floors with well-maintained stairs and soft lighting.

For the adventure seekers, there's always the Adventure Tour and that is where the second half of our tour took off. The adventure tour starts where the standard tour ends and it is here that the fun happens.

After walking through a narrow passageway, you come to a steep ladder that takes you to King Solomon's Mines. 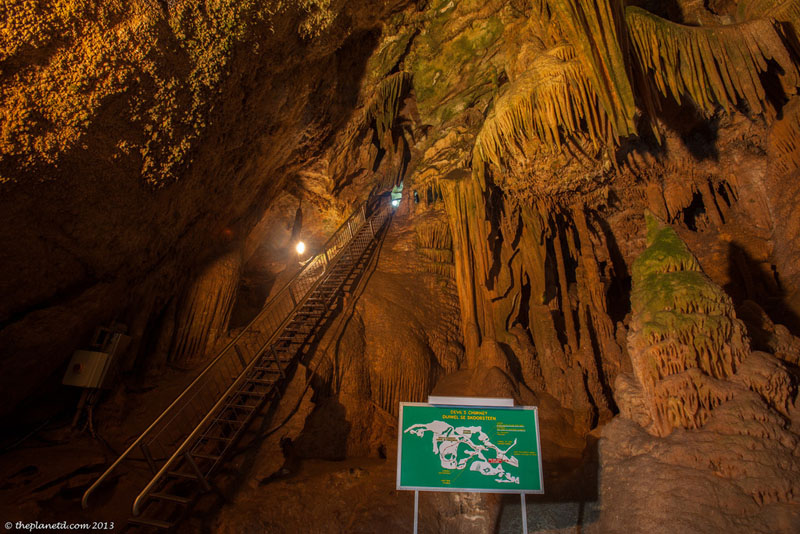 You know you are in for a treat and instead of panicking about the narrow enclosures that you are about to walk through, you take a deep breath, trust your guide and enjoy! 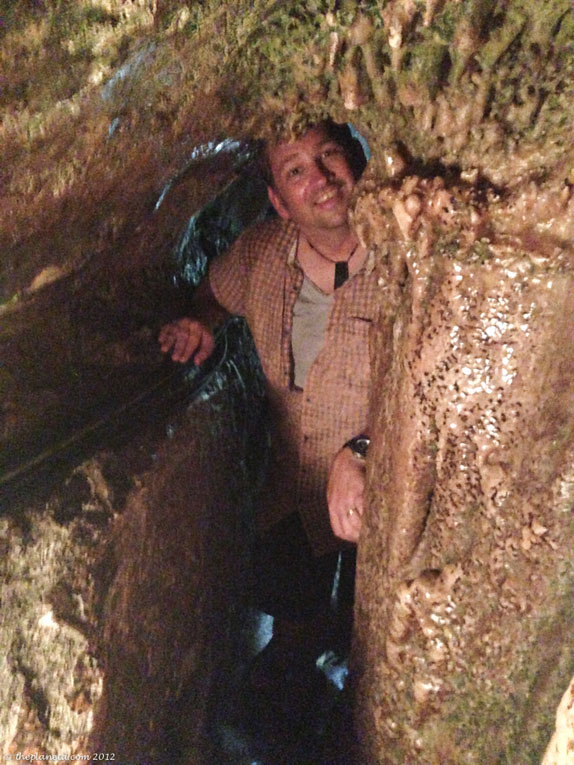 As we moved deeper into the cave system, the air became thicker, you could smell the bat droppings in the room and the temperature rose.

Sweat poured off our bodies and our breathing became laboured.

I don't know if it was from having to twist and turn through solid rock or if it was the stress and tension of wondering if you would become wedged within walls and the anxiety of knowing that you are hundreds of meters underground. 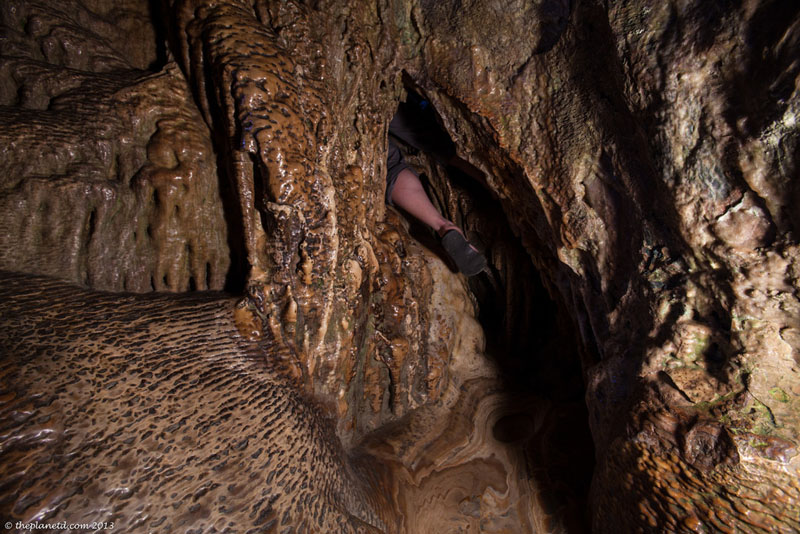 We scrambled through the Tunnel of Love, named so because you are so cozy as you pass through. 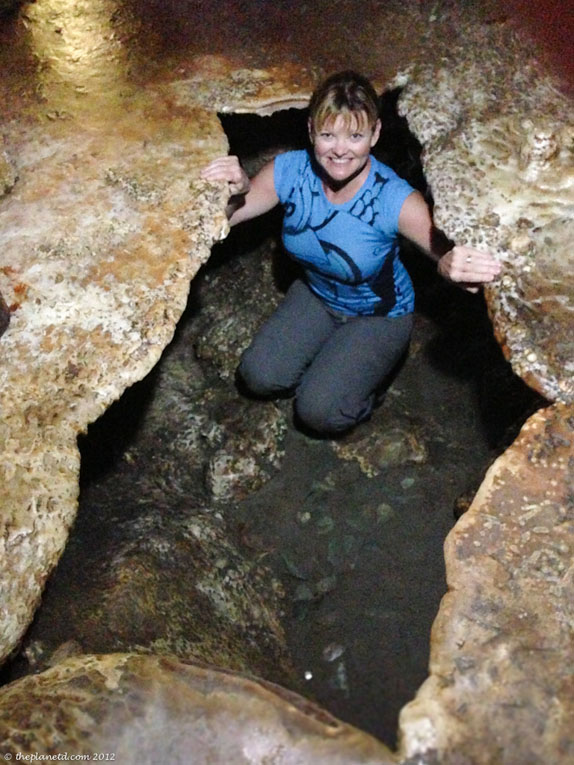 Pushing yourself through this narrow opening is like putting an envelope through a standard post office box at home. I started to feel sorry for those envelopes as I slid down the smooth rocks. 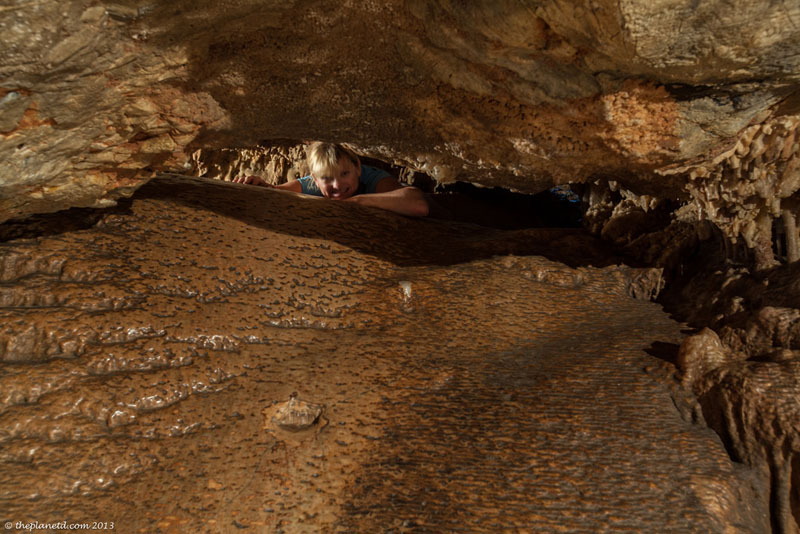 I had to laugh though as Dave set up his camera and told me to hold on a minute. Here I was with nothing but solid rock above my head and I had to keep telling myself to breath. Don't think of trying to sit up and don't panic. You'll be out of here soon enough! 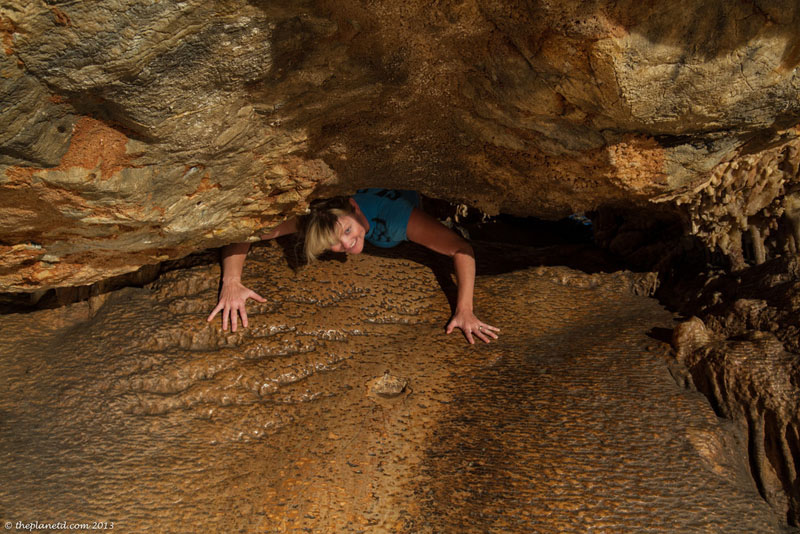 I was glad to be out of the Devil's post box, but I was so happy that we did it!

There was no way they were going through the rest of the adventure tour and we felt pretty darn proud of ourselves for following through and finishing the tour.

To find out more about a tour at the Cango Caves, visit their website. If you are the adventurous type, make sure you book the Adventure Tour, you'll love every minute of it and you'll have bragging rights for the rest of your life.

Yes, you squeezed through 27 cm of pure solid rock. What a blast!

28 Reasons South Africa Should Be on Your Bucket List