Written By: Will Tang

Finding a good local guide to take you around is not an easy task and during the planning process for my trip to Bali. I must’ve dug around a whole bunch of forums including Trip Advisor and Lonely Planet Thorntree.

I eventually landed on this fellow by the name of Putu Arnawa.

We chose him because he had a good recommendation and quite a few people listed his website when talking about guides.

So in the end, we gave him an e-mail and put our faith in this Balinese local halfway around the world.

Putu ended up being a true diamond in the rough for our entire trip to Bali.

He was able to customize everything to our needs for the two days we booked him for.

His prices were also reasonable.

What we didn’t realize was that he’d go even further than that and throw in a few extra unexpected adventures in there too.

Day 1 in Bali with Putu went pretty much as planned.

We started off our cultural experience with the mandatory Barong dance.

It is a story of good and evil.

There is a lot of Kling-Klanging and girls dancing. The girls are fascinating to watch as they can contort their wrists in unwieldy ways while giving you the death stare that would send a shiver up your spine.

From there we stopped by the famed Sangeh Secret Monkey Forest Sanctuary where a monkey almost bit me.

The lesson here is to never get between a monkey and its food!

After lunch we had some time to roam around Ubud and the local markets.

It was only until after Ubud were we in for a surprise.

Putu mentioned to us earlier that there are over 20,000 temples in Bali with every village having at least 3 of its own.

Temples were a dime a dozen at this point but we passed by this larger one that had huge waving brightly colored flags and locals walking in with what looked like gift baskets on their heads.

Putu explained that every 6 months temples will have a celebration that lasts 5 to 6 days.

He asked us if we wanted to check it out and both Chantelle and I both said a collective “YES!”

So we got out of the van and in the back Putu already had a few sarongs ready to go.

He helped us put the sarongs on and we were off.

An Authentic Experience in Bali

As soon as we stepped inside the split gate that defines Balinese Hindu temples, it felt like we were transported once again to a far-off land.

We were clearly the only tourists there but Putu helped guide us through the maze of special food offerings that lined the roof of the buildings.

Locals were praying good tidings for the next couple of months as a Balinese band playing their normal assortment of bells, gongs and xylophones.

We made our way around, immersing ourselves with something real that was happening that actually meant something to the locals.

Too often you go to a “cultural center” to observe local culture but an entire thing is a stage act.

On our way out, we bumped into a bunch of children in traditional clothes to get ready for their performance.

We would have liked to have stayed but there were still a few other things to check out and so we reluctantly had to say goodbye.

To end of Day 1 with Putu, there was a long drive up a pass to see some breathtaking views of one of the largest active volcanoes on Bali called Gunung Batur.

It was amazing to have this sight added to our itinerary.

From there we finished off the day exploring Ganung Kawi.

Ganung Kawai is an 11th century temple complex, that provided us the first glimpse of the beauty of to-be-harvested rice paddies.

We also had a flavor for a little archeology with its rock-cut shrines and ancient nooks for meditation.

Our second day with Putu was just as great as it was mostly the plan we had talked about with our guide, plus a little bit of surprise sprinkled in there.

We started out the morning heading up to the Taman Ayun Temple which was probably the largest complex we saw the entire trip.

From there we made our way up to the Jatiluwih to check out the famed rice fields of Bali.

Well that was what we thought we were going to do until we passed through a small village with cars parked to the left and right of the main road.

Attending a Cockfight in Bali

There was also a make-shift parking lot on a grass field with even more cars and scooters. Putu told us there was a cockfight happening and again asked us if we wanted to check it out. We both gave him another resounding “HELL YES!” and off we were.

We had to pay a minimal amount of Rupiah to get in and once inside it was totally like a mini-carnival they had going on there.

Outside of the open-air amphitheatre-like arena for the cock-fight, there were tons of booths cooking full blast with anything from unknown stir-fry, corn on the cob, fresh fruit, bread and so much more.

It was quite the stimulation of the senses.

Now inside the arena was where the real action was happening. There was a sense of buzz and excitement that was clear once you got closer.

As we made our way up closer to the top of the arena, the crowds were amassed looking downwards.

I swear the entire village must’ve taken the day off or at least all the men.

The moment we got there everyone turned around to give us a puzzled look but soon after we were just as part of the crowd like everyone else.

The officials/referees at the bottom seemed to be yelling something and pointing at people.

Apparently, this was the “inside betting” where you could bet on either side for a certain amount you tell them.

To make things even more complex, at the top where we were, the locals were looking amongst themselves and slapping their bills on their hands and pointing at other owners.

Once the two rooster owners were starting to prepare for the fight everyone was yelling something like “Sotu! Sotu! Sotu!” Putu later explained to us that this was the “outside betting” where someone can make eye contact with someone else and put money down on something like South or North (starting position of the rooster) with “Sotu” being South.

It was totally crazy at this point.

Once the roosters were ready to go the two owners let them go and then the whole arena went hush quiet.

We stayed for 3 more with equal amounts of confusion, randomness and killing.

We were still in disbelief that we saw the cockfight as we walked back to the van.

This detour put us a bit behind schedule but we were still able to get up to Jatiluwih on time for lunch and a walk around some of the rice paddies.

On our way back down towards Tanah Lot for sunset, Putu led us to another impromptu side of the road stopover when he spotted two ladies harvesting rice.

We both got out of the car and we were literally able to walk right up to these farmers.

We watched them use the traditional method of cutting the tall grass of rice with their knife while Putu chatted with them in their native language.

This was another real-life authentic experience that we really couldn’t have planned on our own.

To wrap up our two day whirlwind of the best of Bali, we watched the sunset over Tanah Lot which in itself was spectacular in its own right.

Thanks to my trusty tripod I was able to capture some amazing shots after the sun dipped below.

So really we couldn’t have asked for anything more from Putu and our two days exploring the island of Bali.

Most people will tell you that Bali is over touristy, pretentious or overloaded with resorts but if you spend the time to see other parts of the island, find an awesome driver and mingle with the locals, you’ll find that Bali is just full of hidden gems.

The wonders of a journey consist far more of such intangible experiences and unexpected situations than of factual things and events of material reality.
– Lama Anagarika Govinda – The Way of the White Clouds

For more on Putu, check out his website at http://balifriend.net/about_bali_driver.html. You can also e-mail him at [email protected] 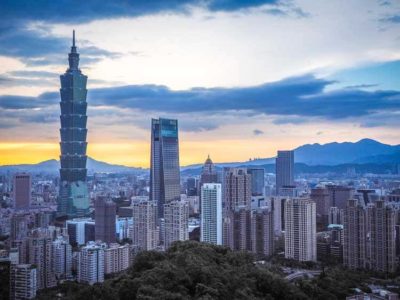 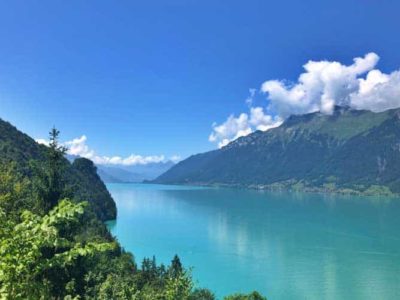 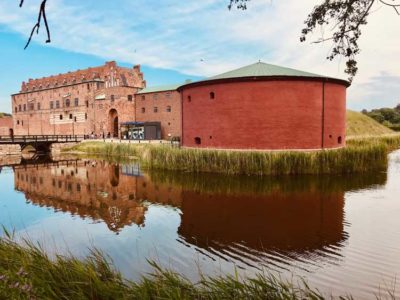 William Tang is the co-founder and CEO of a travel startup, Find My Itin where TripAdvisor meets trip itineraries. He is also the writer behind Going Awesome Placeswhere he writes about his personal experiences travelling the world while dishing out some very useful tips & tricks and gear reviews.Follow Will at GoingAwesomePlaces / Facebook / Twitter

18 thoughts on “2 day Itinerary with a Bali Local Guide”