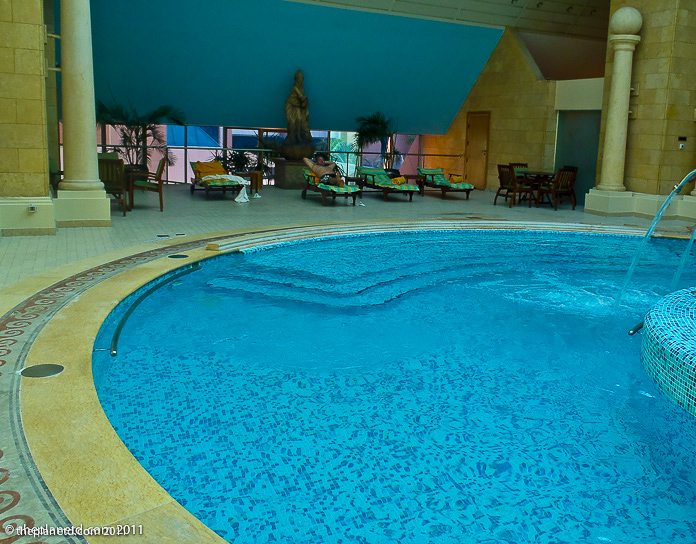 People smoke a lot in Cairo. When we asked our guide Maha of Memphis Tours how many people smoke in the city, she replied “90%, that’s why we have short lives.” According to her, the average life expectancy is 60. It is said that living in Cairo is the equivalent of smoking one pack of cigarettes a day. Between the actual cigarette smoking and the air pollution, our lungs didn’t have a chance.

That’s why when you stay in a 5 star hotel, you know you can get sneak away from all toxic air, car exhaust and cigarette smoke. Unfortunately for us, the Intercontinental City Stars wasn’t the escape we needed. 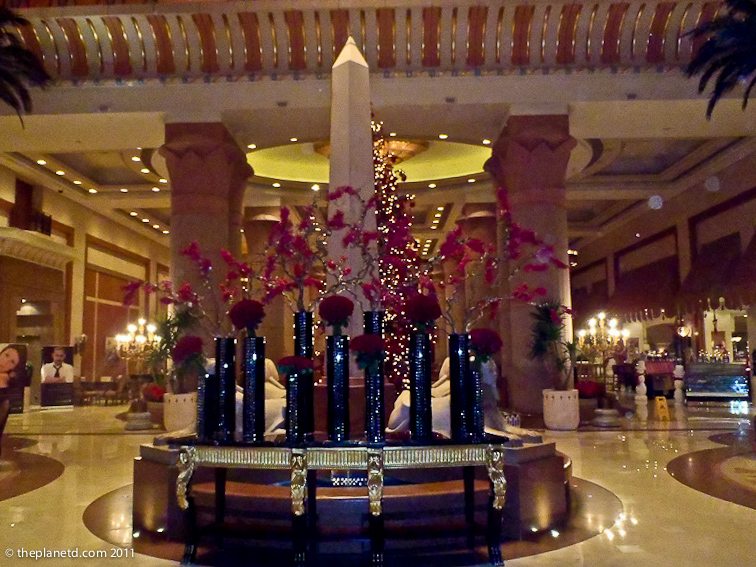 Did I tell you a lot of people smoke in Cairo?

When we first checked in, unbeknownst to us, we were put on a smoking floor. I had already gone to Cairo with a terrible cold that I caught just before we left for Seattle a week earlier.

Suffering from sinus pain and a sore throat, it got progressively worse as the week went on. After two days in our room, we couldn’t take it anymore. We woke up each morning reeking of cigarettes with a sore throat and more congestion.

When we asked to change rooms we found out that there was indeed a non-smoking floor. We were elated to move. 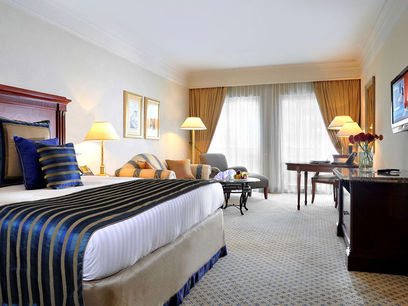 The rooms were very nice looking

Did I tell you a lot of people smoke in Cairo?

Unfortunately for us, nobody abides by the rules and it was just as smoky on the non-smoking floor as it was on the smoking floor. The smoke seeped into our room. I turned off the air conditioner thinking that it was coming through the vents but it didn’t help.

I opened the window to let some fresh air in, but unfortunately, Cairo is polluted.

My cough worsened and sleep became difficult. We had a full schedule of sightseeing ahead of us after speaking at the IOETI conference and I had to get myself up for the challenge of seeing everything that Cairo had to offer. 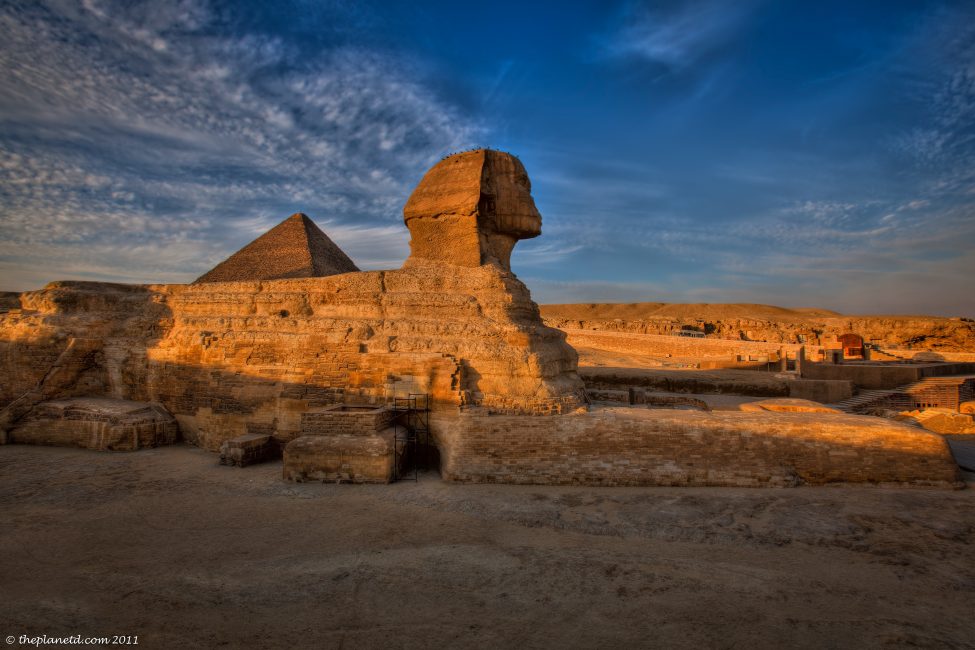 Revisiting the Pyramids in Cairo

Lucky for us, we had spent a month in Egypt before and visited most of the sights, so as I slept walked my way through pyramids and monuments, streets and boardwalks, all I wanted to do was go to sleep.

Did I tell you a lot of People smoke in Cairo? 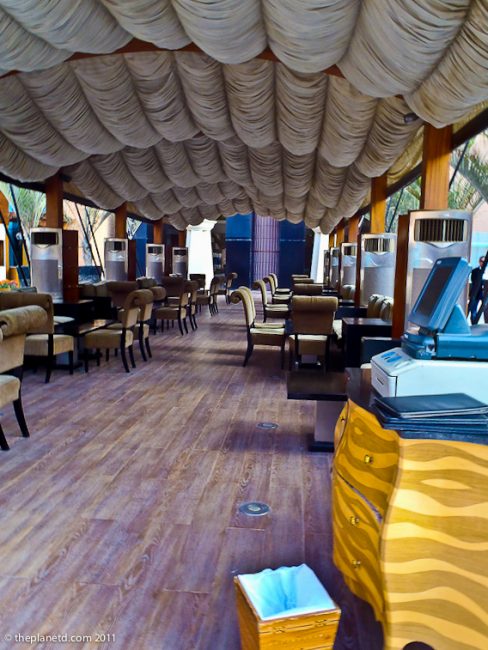 I just couldn’t escape the smoke. The sheesha bar outside by the pool was going strong, the smoking section in the restaurant seeped into the non-smoking area sectioned off by an invisible line and the lobby was filled with gentlemen in suits chain smoking while they sat in lavish chairs looking important.

On our final day of sightseeing, it was impossible for me to get out of bed. With my cold holding on for dear life and the cigarette smoke and pollution amplifying my symptoms I hit the wall.

Dave went to the Alabaster Mosque with the rest of the group as I turned off the air in our room, closed all the windows and slathered myself in tiger balm while loading up on antibiotics that I bought at the City Stars mall connected to the Intercontinental Hotel.

With a good sleep in and feeling a little better, I made my way to the one great escape from smoke in Cairo. 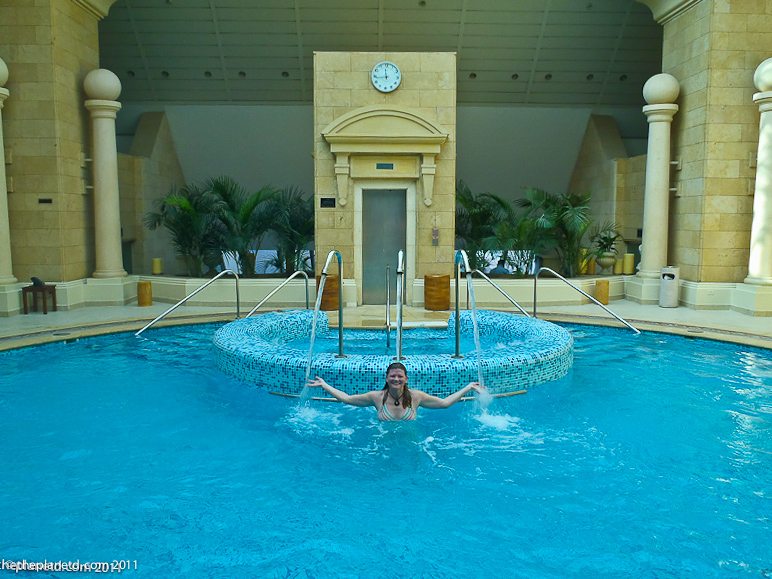 I was starting to feel better.  To my surprise, Dave came back early to check on me and found me lounging at the pool. We joined in on the relax-fest and having already explored the Cairo museum in 2008, we enjoyed the moment of doing absolutely nothing for a couple of hours.

The spa was our salvation.

Feeling refreshed and nearly back to normal, we joined the rest of our group for one last farewell dinner to where I joked about how it’s a dangerous thing to eat a seafood buffet before flying.

I don’t know if it was coincidence or just dumb luck, but one hour after eating, it was Daves turn to suffer. We were packing for our early morning flight when the fatal words came out of Dave’s mouth…”I don’t feel so good”

The rest of the night was spent with Dave sleeping in the bathroom wrapped up in towels and a robe with his dinner coming out of all ends. Another sleepless night in Cairo for us both made for rough plane ride home. Especially for Dave who suffered over two long haul flights where the smell of food sent him running to the bathroom.

24 hours later and we were back in Canada, curled up on the couch and recovering for 3 entire days from our Egyptian ordeal which caused us to simply skip Christmas day in 2011.

10 Reasons Why El Gouna, Egypt is the Perfect Beach Holiday