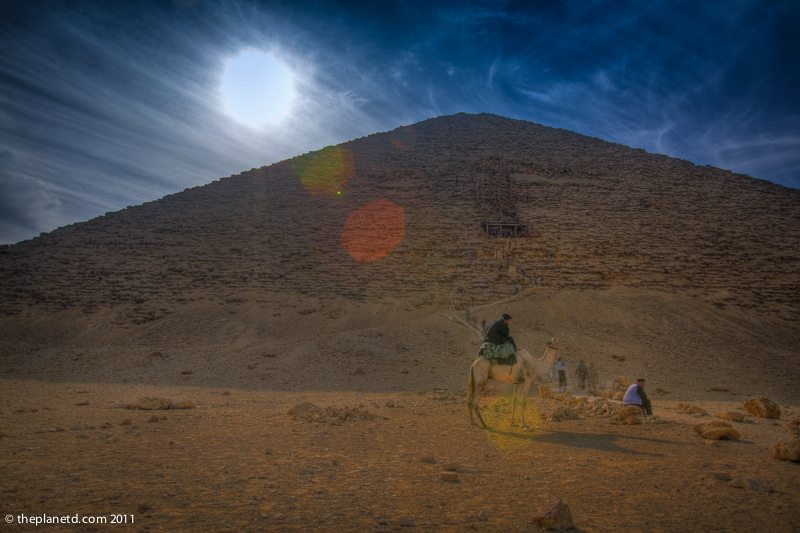 The Pyramids of Giza, the Great Sphinx, Luxor Temple, and Abu Simbel. These are the names of ancient ruins that come to mind when thinking of Egypt's great monuments. But what about the Egypt's Red Pyramid and Bent Pyramid?

Before visiting the Red Pyramid of Dahshur, I didn't even know it existed.

Our guide Maha told us that the Red Pyramid it is her favourite pyramid of all in Egypt, so I took her word for it and expected something grand when arriving. 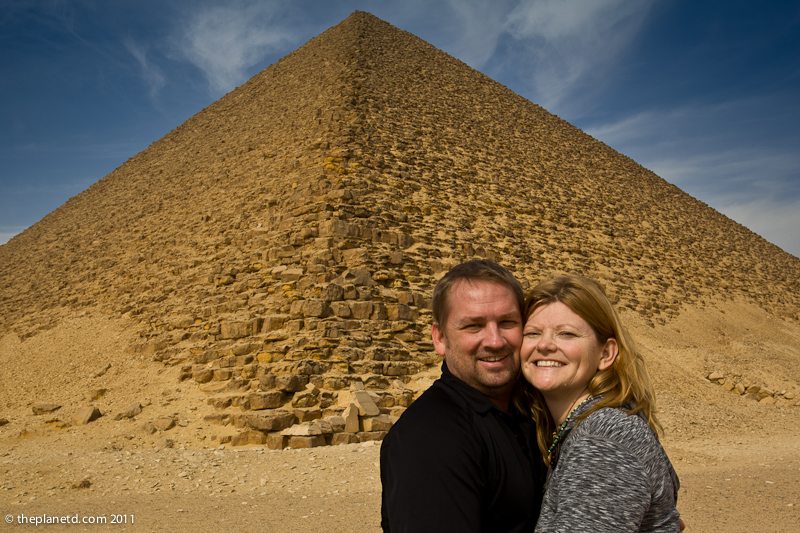 Located 40 km outside of Cairo, the drive to the Pyramids seems much longer.

The city's traffic is atrocious, so make yourself comfortable as you relax in your van to watch the scenery pass you by. We've cycled through the city during our race from Cairo to Cape Town, but I don't think that I would ever be so bold as to attempt to drive in Cairo.

So hire yourself a driver for the day and set out to explore, they're quite reasonable.

The Red Pyramid is the 4th largest pyramid in all of Egypt.

History of the Red Pyramid

There wasn't a soul around when we arrived at the Red Pyramid and we had the grounds to ourselves free to explore and take in this monumental sight.

Located on the huge burial complex of Dahshur, you will also view the Bent Pyramid.

The Bent Pyramid of Egypt

Believed to be the first attempt at building a smooth-sided pyramid, the Bent Pyramid is an engineering disaster.

However, this disaster has managed to last through the centuries and although it looks different than the other pyramids of Egypt, it is still impressive.

The Bent Pyramid has curved sides but was still striking and larger than expected. 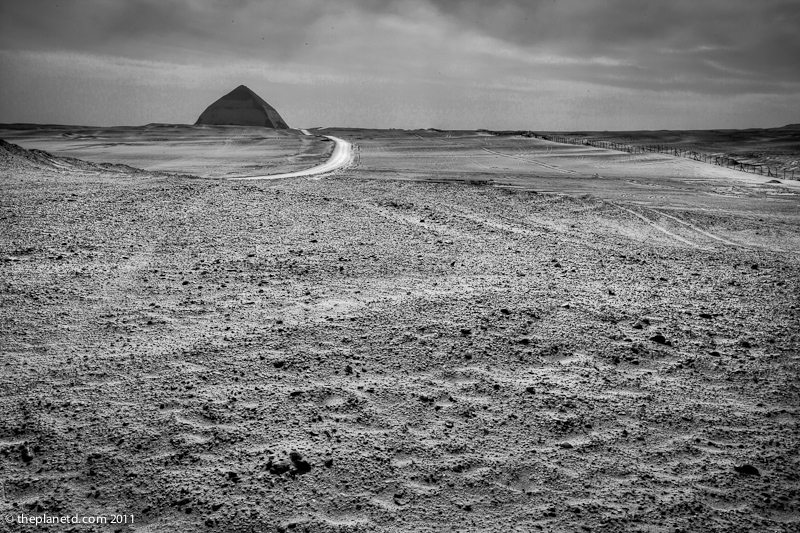 By the time they finished the Red Pyramid, Pharaoh Sneferu (2613-2589 BCE) got it right and designed the pyramids that we all know today when we think of Egypt.

Why Visit the Red Pyramid?

What is unique about visiting Dahshur is that you won't find the crowds of Giza.

It is simple to grab photos of a people free complex and you can walk around the place in peace and quiet. Except for the men on camels trying to sell you a photograph.

We made our way quickly up the entrance of the chamber. Unlike the Pyramids of Giza, there isn't an extra charge to enter and there aren't any crowds.

We climbed half way up the ancient temple, (another difference between here and Giza, we were allowed to climb the pyramid) To enter the tunnel down into the depths of the structure.

It was just our group, alone crawling down the four-foot high passageway 200 feet into the heart of the pyramid.

The air was filled with the smell of ammonia.

I thought maybe cats used this place as a litter box, but I didn't see any sign of them and I wondered if they would be so bold to enter such a cold and uninviting place. I

t was an eerie feeling going into the temple's belly but once we emerged from the tunnel, I was taken aback by the large chamber that we entered.

The precision in craftsmanship is astounding and it makes me wonder how anyone could have put together these stone blocks to make such a smooth ceiling perfectly measured and polished.

It seems as if there are two separate structures. The crude cut stones on the exterior and the smooth flat terraced slabs of concrete on the interior.

We weren't allowed to take our cameras in and I kicked myself for not bringing in my iPhone to sneak a photo or two.

However, I don't think that I'd be able to do it justice anyway.

Instead, check out these photographs from Guardian.net. It captures the interior perfectly. 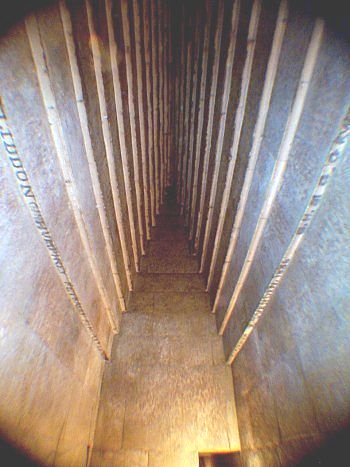 After climbing down, we walked around the complex surrounded by desert. We could have spent much longer at the Red Pyramid taking in it's beauty from all angles.

We weren't allowed near the Bent Pyramid for some reason. I am not sure if it was because we were on a tight schedule or if it was closed, but we managed to see it from afar and grab some photographs.

As far as Pyramids go, I am with our guide Maha, the Red Pyramid is my favourite in Egypt.

It is that temple that makes you feel a bit like Indiana Jones as you crawl through it's tunnels in solitude, smell the dank interior and imagine what it must have been like for the first explorers.

If you're visiting Egypt, make sure to add this to your list along with the Pyramids of Giza, you won't be disappointed.

Air Pollution in Cairo – Yep it's Still There

10 Remarkable Things to Do in Marrakech Morocco