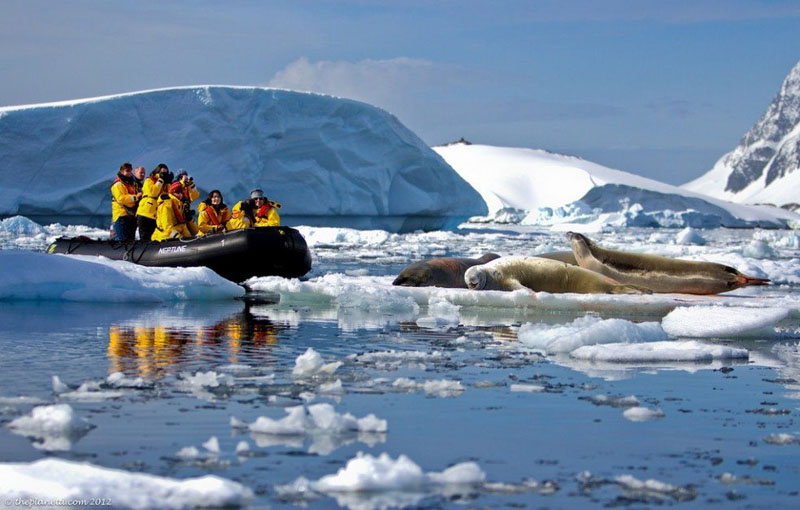 The skies opened up the minute we entered the Lemaire Channel and from that moment on we had gorgeous weather for our zodiac tour in Antarctica.

We were worried that we may not see the sun during our visit to the 7th continent. It is said that you have a 20% chance of good weather in Antarctica so when we had a solid three days in a row of sunshine the passengers and crew were ecstatic. 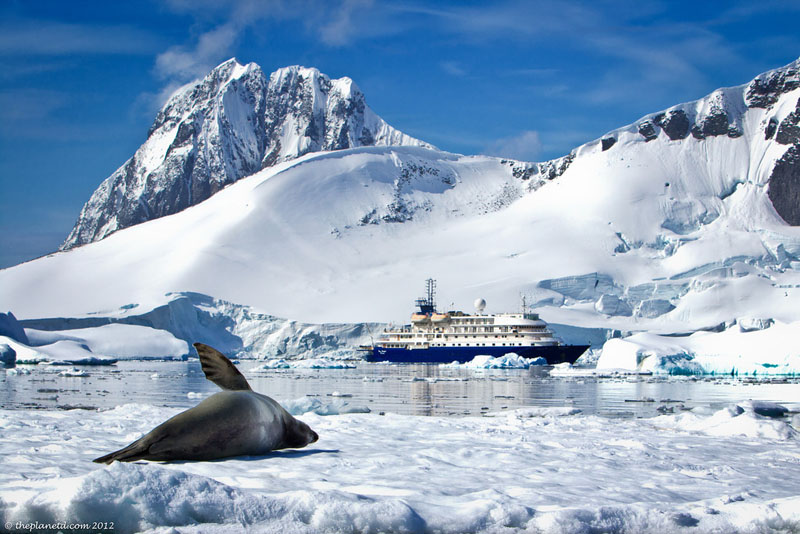 It was a beautiful day and we had already experienced so much. We had passed through the photogenic Lemaire Channel and paddled through the brash ice near Peterman island.

We had seen whales and seals and snow and ice. Yet the day was only half over. The afternoon warmed up so much that we all ended up having lunch on the Lido deck of the Sea Spirit in the middle of Pleneau Bay. 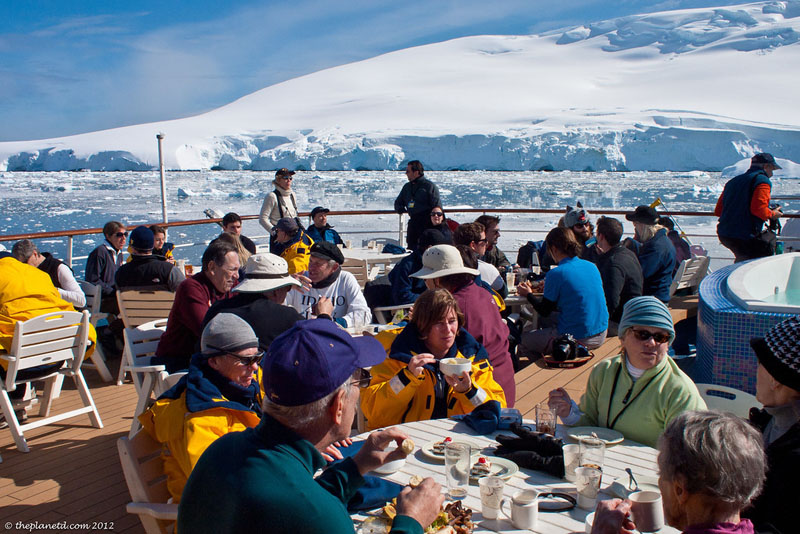 We enjoyed the view but didn't relax for long because we were about to explore some more.

Having made their way from the far reaches of the south of the continent, ancient chunks of flat ice and rolled icebergs have run aground to spend the rest of their days rumbling and churning in the Pleneau Bay.

Enjoy our Zodiac Tour of Antarctica

We had the pleasure of heading out on our own zodiac with Expedition Leader Shane Evoy of Georgian Bay, Ontario. A big thanks to him for suggesting that I stand in the middle of the zodiac while he cruises around the bay to give us this very cool video.

Sailing with Quark Expeditions allows for maximum time off the ship to give passengers maximum time on shore or out on the water. One of my favourite things; after kayaking was taking the zodiac around the bays and harbours to explore the ice and wildlife in an intimate fashion. 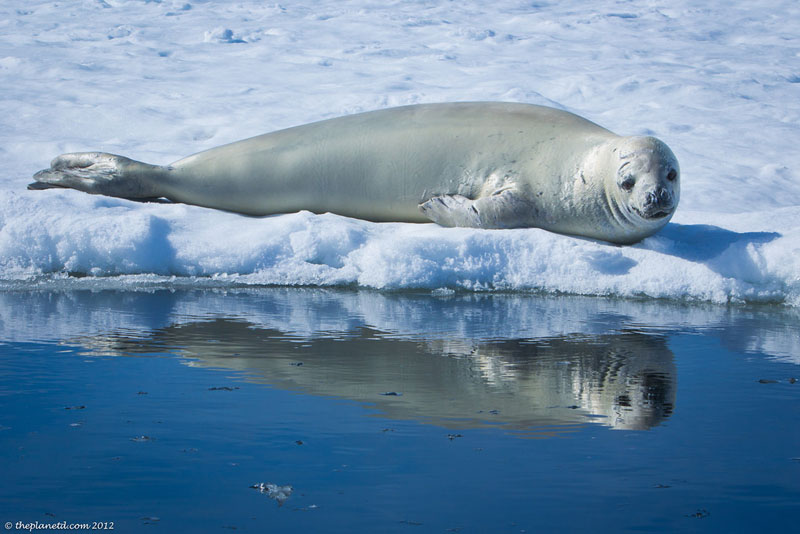 Taking photographs of crabeater, leopard and Weddell seal sleeping on ice flows while working our way through the maze of icebergs was one of the most thrilling experiences we have ever had.

We may have had to skip out of kayaking today, but it allowed us to snap photographs that we would never have been able to capture had we been paddling. 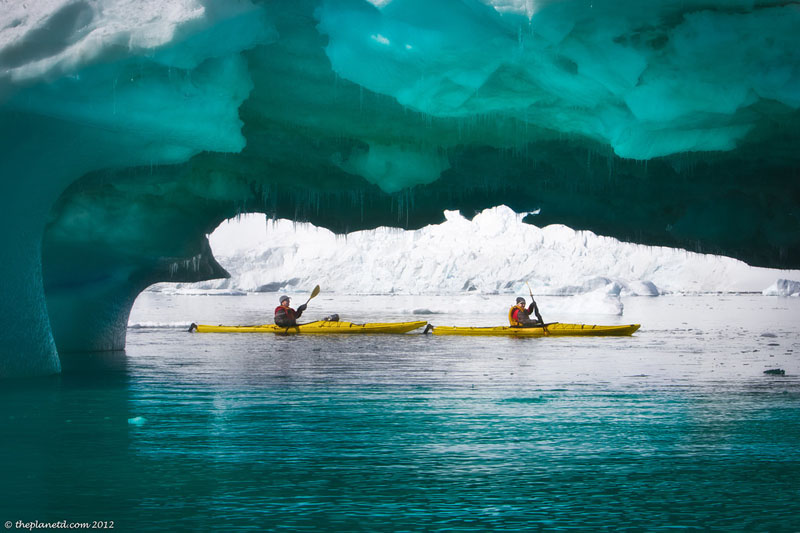 It is rare to witness such powerful beauty.  The expedition staff expertly approach icebergs with the knowledge of just how dangerous they may be.

Careful not to get too close, yet experienced enough to proceed with caution. We had a front row seat to view ice bridges, giant cones and long tubes of ice that are thousands of years old. 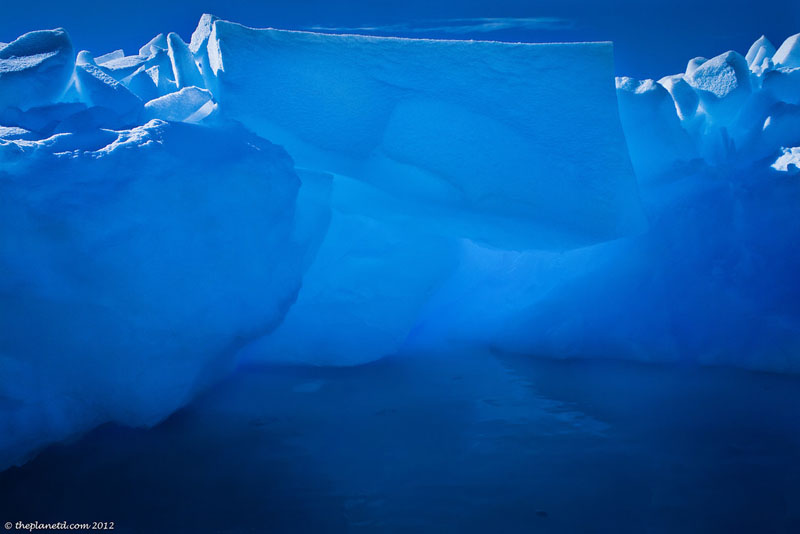 I have never seen such clear blue water. It was as smooth as glass and had that vivid blue that can only be seen in pristine environments surrounded by ice.

There is something about glacial water. I know that it is the sea, but it still reminded me of the glacier lakes that we discovered in New Zealand.

Someone had said to us to make sure we capture the blues in the ice when taking photos before we left for Antarctica and once we arrived at the continent we knew exactly what they meant. You will never see blue in ice quite the same way as it is displayed in Antarctica. 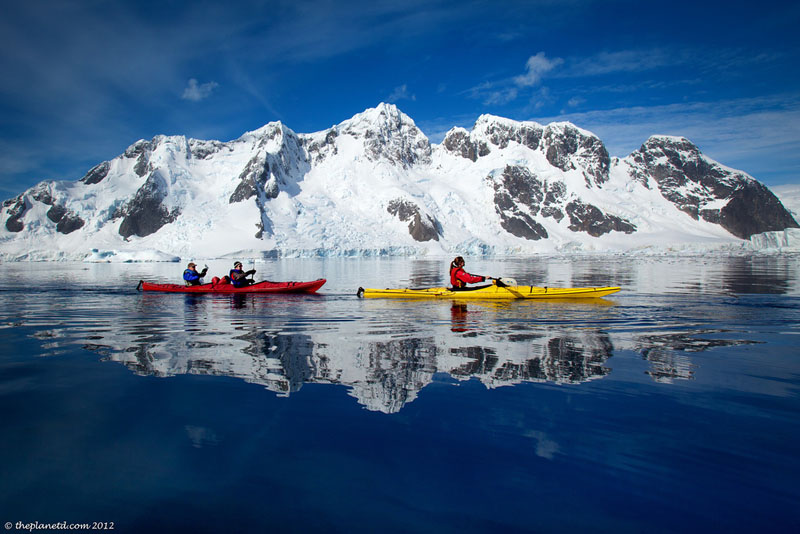 The bay is so huge and with a passenger list of only 107 people we felt as if we had it to ourselves. We probably would have never come in contact with another zodiac had Shane not radioed Expedition Team member Jamie to come over to our neck of the woods for a photo shoot.

Quark Expeditions only puts 8-10 people on the zodiac so everyone always has ample space to capture a perfect view of the wildlife and scenery.

Boat drivers will make passes on either side to allow everyone on the zodiac a clear view. When you are at the front of the boat, you are asked to sit down while the people in the back stand to grab their photographs. It is a system that works well-giving everyone the opportunity to take at the moment.

We didn't want our day on Pleaneau Bay to end, but we felt completely satisfied by the time we got back to the ship. Our Antarctica expedition was one of the busiest trips we have ever taken and even though we were happy to stay out on the water for hours on end, we were also grateful for what little downtime we got to take advantage of the amenities on the Sea Spirit.

What will tomorrow bring? You never know when in Antarctica. It's always different and it's always filled with excitement.

Antarctic Expedition Explained – What to do on Continent #7