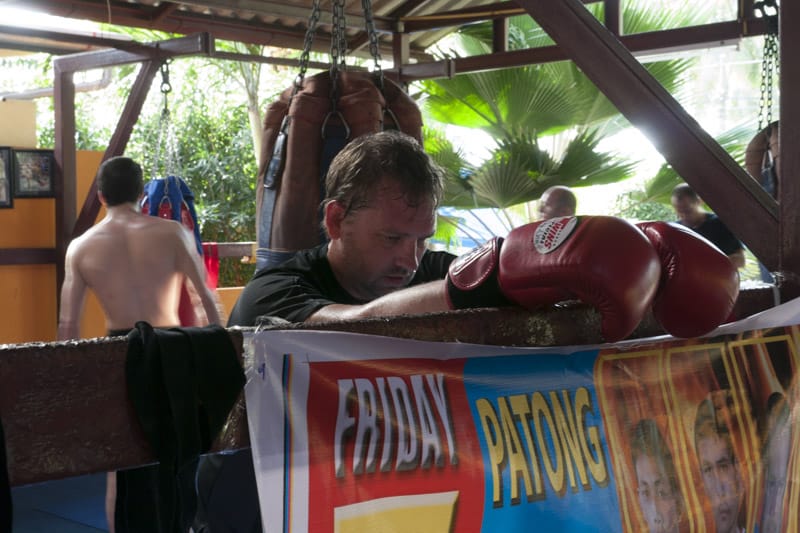 Have you ever watched a Muay Thai match in Thailand?

We were lucky enough to be in Chang Mai several years ago to watch a major championship match. We didn't know the first thing about Muay Thai Kickboxing then.

What we remember the most about that match six years ago is the ceremony that happened at the beginning of each match. It is called the Wai Kru Ceremony.

What is a Wai Kru Ceremony?

At the beginning of each match, fighters walked around the ring praying and pulsing to the beat.

We thought that since the people of Thailand are very spiritual and that they must be doing a prayer before each match.

But we have since learned that Wai Kru is performed before each match to pay respect to the fighter's teachers.

Wai Kru is also meant to pay respect to the trainers and fighters that have come before them and to those coming after.

An Example of Fighter Performing Wai Kru at the beginning of a fight: Courtesy of DanielCorvino

Anyone is allowed to perform the Wai Kru.

It doesn't break any rules or disrespect for a foreigner to learn Wai Kru and it is compulsory to perform the ritual by each boxer before each fight.

Hence, we learn the Wai Kru at the gym we trained for Muay Thai.

Every Thursday the final portion of our Muay Thai class breaks into groups follow our an instructor who leads us through the Wai Kru ceremony.

I listened to the beat, and followed along. For the first time here at Rawai Muay Thai I heard the words, “Good, Good.”  I was finally doing something right!

I can see how not only this routine pays respect to the teacher, it is also a perfect way to meditate and focus before the fight.

Finishing up the Day after Wai Kru

There's no getting out of this gym early. If you caught on to the Wai Kru too quickly, you are heading to the bags for more work.

Okay, now you can rest.

Bungalows At Rawai Muay Thai on the Premises