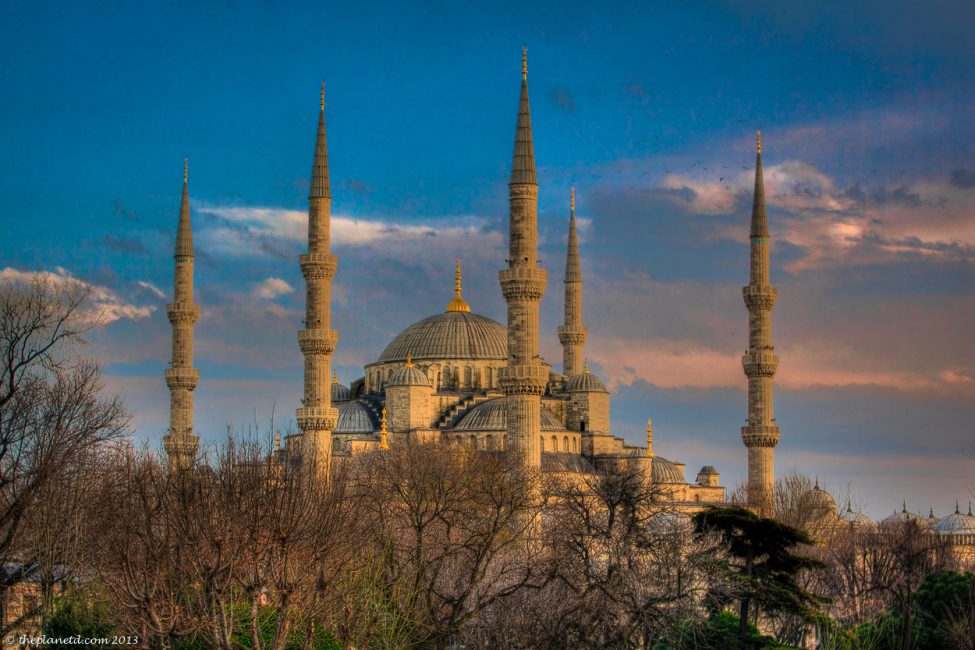 The Sultan Ahmed Mosque of Istanbul is the city's most famous landmark.

So why is it called the blue mosque when it is clearly not blue?

It got its name from the interior tiles of the building.

When you go inside to see it you'll then understand.

About the Blue Mosque

The Blue Mosque is considered one of the last great mosques of the Classic Period of the Ottoman Empire built in 1609.

It was built with six minarets instead of the usual four and caused a bit of an uproar.

The Sultan originally wanted a minaret made of gold but the architect misunderstood gold to be six.

You see, the Turkish word for gold is “altin” but the architect heard it as “alti” which is Turkish for six.

This mistake made it one of the grandest mosques in the world.

The Sultan ended up loving the mistake as no other sultan on earth had six minarets.

Today the Blue Mosque is a popular tourist attraction of Istanbul.

Even though it is a mosque used as worship, visitors can enter through a separate foreigners entrance to explore the interior.

How to Visit the Blue Mosque: Dress Code

Blue Mosque's exterior that stands proudly over the old city of Istanbul.

You can see it from nearly every vantage point and we shot this photo from the transit stop on the main street.

A stroll along this street will take you to many of Istanbul's top sights including, Hagia Sophia and the Grand Baazar.

We were actually on our way to a family dinner and weren't planning on shooting the Blue Mosque at this time, but as we looked up from a small park near the street the sun was the perfect light.

It ignited the building's dome and six minarets.

Dave whipped his camera and quickly changed lenses to his 70-200 zoom lens as I rushed to set up the tripod.

You never know if you will get a shot like this again or if the weather will co-operate again, so when you see light like this, you must seize the moment.

He knew exactly what settings to put it on without having to do any test shots.

He took the photo and within a few minutes, we were on our way to dinner without missing a beat.