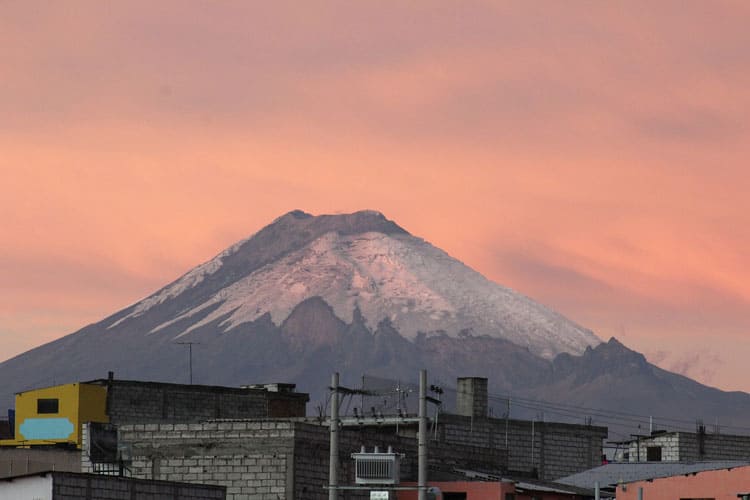 There is something very exciting about being at the exact center of the world. In Ecuador, you can straddle the equator, but also stand at the highest point on the equator on the volcano, Cotopaxi.

The Equator in Ecuador is 59km (30 miles) south of Quito and is a fun stop when taking a day trip from the city. Plus, when you go to the equator, you’ll get to see one of the highest volcanoes in the world.

Cotopaxi, reaches a height of 5798 meters (19,342 feet) making it the only place on the Equator that has snow.

Even where we stood, there was a chill in the air. It may have been hot in the Galapagos, but high in the Andes Mountains, it is definitely a cooler experience.

Cotopaxi is a high mountain in Mexico and it is the only place on earth where there is snow directly on the equator. Pretty cool eh!

You can climb this mountain as well.

Photos of the Equator

We couldn’t get enough of taking cheesy photographs on the Equator.

After all, it took us over a decade of travel and over 60 countries before we finally made it to the actual equator. You never know when we’ll get back!

A Heck, Let’s get one more shot of this baby! We were at the Equator!

We had such a great day trip out of Quito with Urban Adventures. We did so much more than a quick stop at the Equator and we’ll be sharing that with you in the coming days.