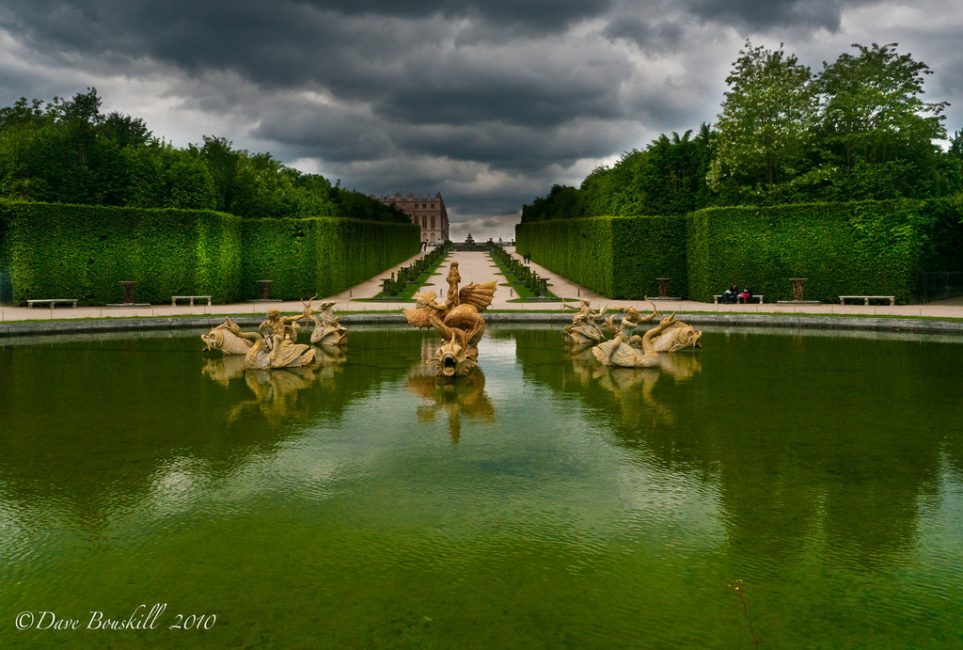 We should have known better.  We had been in France for a month and we had known that many museums were closed on Mondays in Paris. If we had decided to check out the Palace of Versailles at the beginning of our trip, we most likely would have checked to make sure it was open.

The Beautiful Palace of Versailles 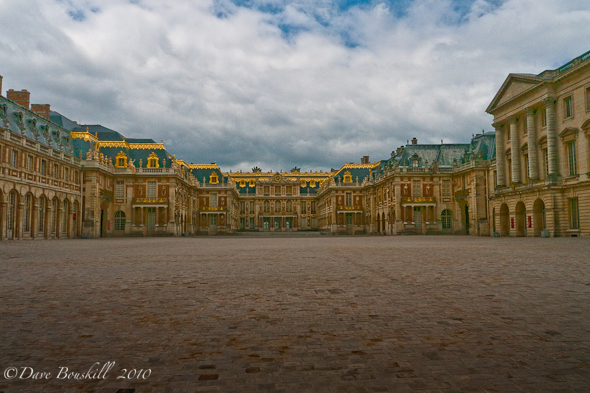 The Palace of Versailles!

But on the day that we drove out to Versailles we were nearing the end of our European adventures. We had been to three other countries and had put nearly 7000 km on our car.

We didn't even know what day it was.

When we pulled into the parking lot we couldn't believe our luck.  What a great spot we had and we were so close to the Palace.  People must have decided to go somewhere else toady since the weather wasn't looking promising. 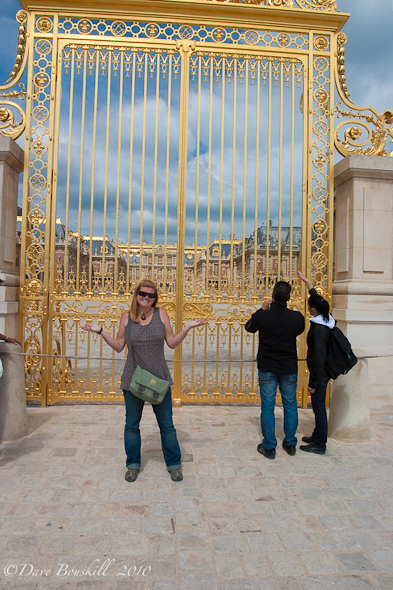 To our dismay, the ticket office was closed.  But to our delight, the gardens of the Palace of Versailles were still open and at least we saved the 36€ to see it.

Paris Buff told us during our visit with them later that the gardens are the best part of Versailles anyway so we felt a lot better. Even if they were just trying to make us feel better, it worked! 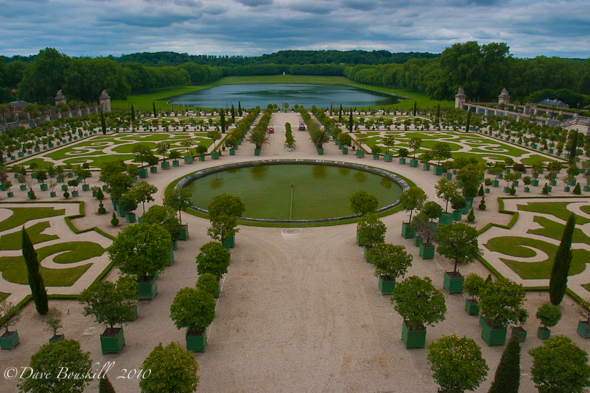 At least the gardens are open!

The Palace of Versailles Versailles is impressive, even from the outside.  Where else can a person spend nearly 3 hours exploring when the main attraction is closed. 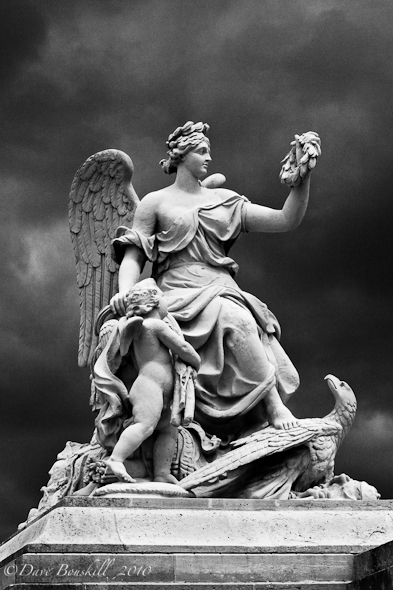 The statues are impressive!

We felt lucky to be able to see it without the crowds and we enjoyed checking out the many fountains, statues and lakes.

The scene was perfected as a lone rower practiced his laps in the palaces Grand Canal. 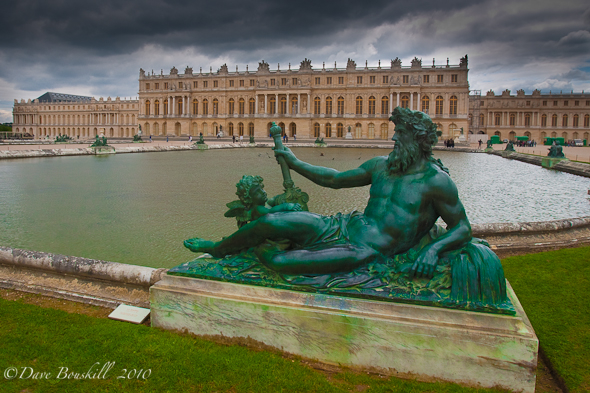 It is a beautiful setting!

A former hunting lodge for Louis XIV, the Palace of Versailles is one of the largest palaces in the world. Eventually he moved the royal court to Versailles in the latter half of the 1600's.   At the time Versailles was located in the country, now it is a suburb of Paris and located a mere 20 km from Paris accessible by train or bus.

We walked the grounds trying to imagine what life would be like for the Royal Family in the 1600's.  Did they enjoy the palace's beauty as we did?  Did they picnic by the many lakes and fountains? Or did they stay inside and look out over its vastness. 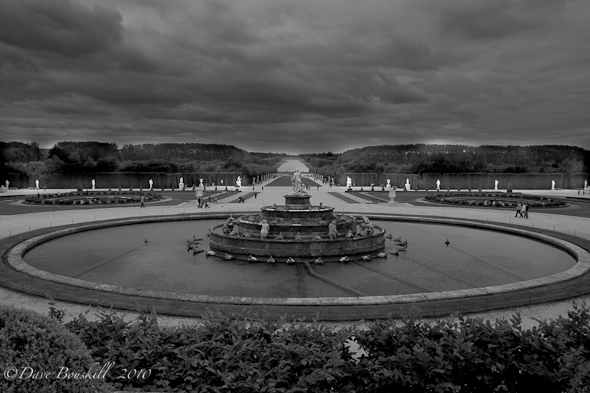 There are fountains everywhere!

We saw signs leading to paths where Louis XIV took his daily strolls and we wondered what he thought about as he walked around his enormous private estate.  Did he have the burden of a country on his mind?

The Gardens are massive and impeccable and we didn't feel that we missed out by only being able to view this work of art.

While it would have been wonderful to see inside the Palace and witness the Hall of Mirrors, famous for being the site of the signing of the Treaty of Versailles, we enjoyed our day wandering the gardens and enjoying the work of art that they are. 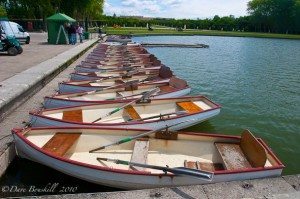 Rent a boat on the canal! 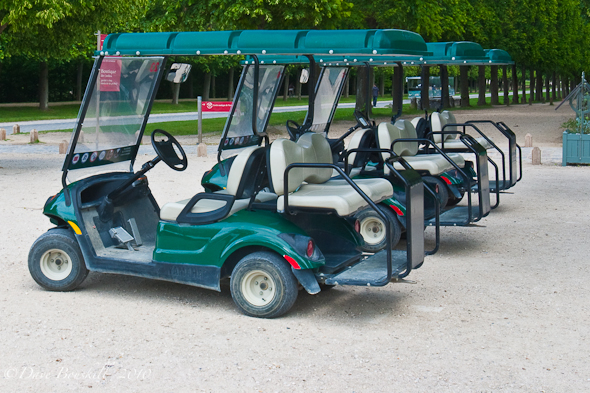 Or a golf cart!

You can rent golf carts to see the gardens, you can hop on a trolley, rent a bicycle or you can take a paddle boat for a romantic row on the grand canal and watch the ducks and swans swim lazily by. 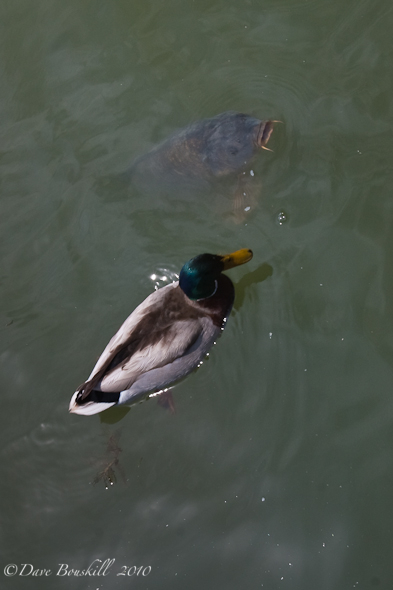 What to feed first? The fish or the Ducks?

Take some bread with you and be sure to feed the not so shy carp that stick their lips out of the water to say hello and ask for some food. 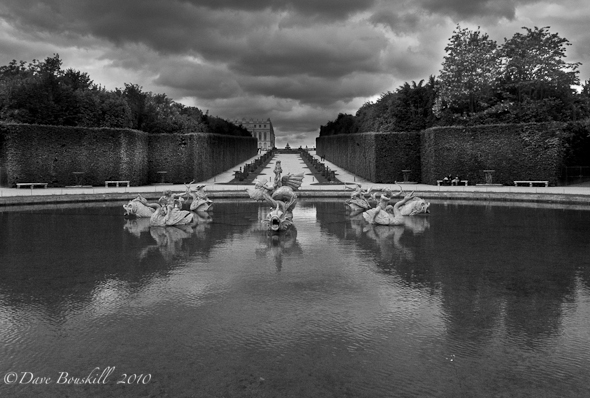 You can have lunch on the Palace Grounds and there are free toilet facilities.  Take as long as you like to enjoy the ground of the Chateaux de Versailles, it has been the location of many a historical event and you are walking in the path of many a historical figure of our time.

WebsiteFacebook
You are Here: Home » Europe » France » Palace of Versailles, To Go or Not to Go on a Monday