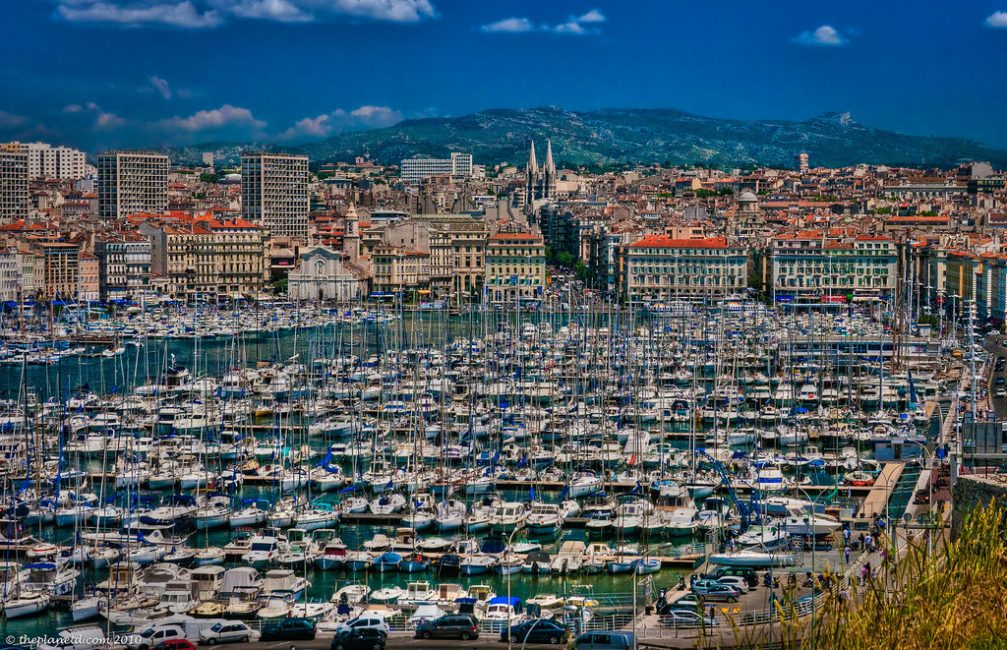 We had no idea what to expect from Marseilles, France.  We had read that it was busy and crowded and a little rough around the edges.  We had known about it from history and movies and we had been excited to finally make it to the French Riviera.

Marseilles, French Port at its Finest

Our first impression of Marseilles was a busy one.  We drove in on a Friday evening during rush hour and the confusion and traffic was unbearable. We almost decided to drive right on through and leave the hustle and bustle behind. 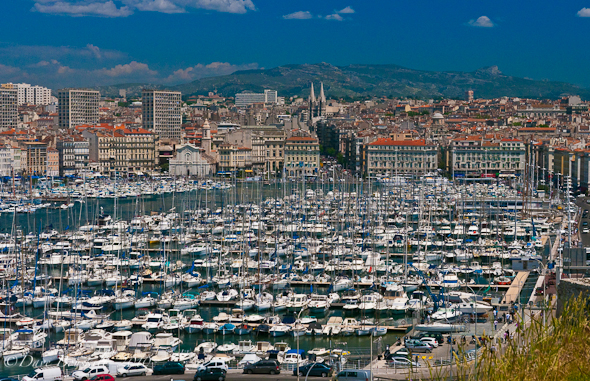 Marseilles has turned out to be one of our favourite cities in France so far.   The old port is stunning and filled with a raw energy that you would expect from a lively port town.  We could imagine what it was like back in the 17th Century when schooners would come into port filled with sailors.

Marseilles port feels as if it hasn't changed a bit.  The buildings surrounding the port haven't changed in centuries. The old fort stands proudly at the waters edge and the cathedrals look down over the square.  Other than the slick bistros and cafes lining the boulevards, it looks as if it could be the setting for an old pirate movie.

Or for a Count of Monte Cristo Remake. 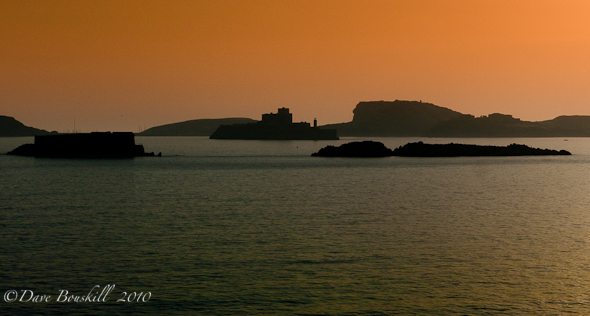 Yes, Marseille is the setting for this famous novel, The Count of Monte Cristo written by Alexander Dumas.   Poor Edmond Dantes was sent to the prison island of Chateau d'If where he spent 14 years suffering in the hands of his tormentors before escaping and taking his revenge. 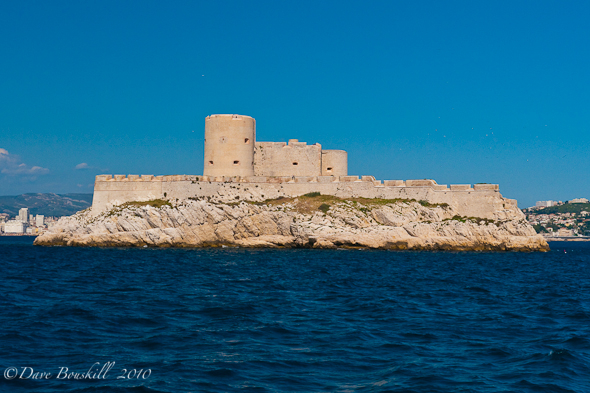 Chateau d'If is not a fictional location.

It is very real and stands just off the coast of Marseille in the Mediterranean Sea.   Originally built as a fortress, Chateau d'If was later used as a prison for political prisoners.  A dreary place where poor souls lived out their days with no chance of escape. 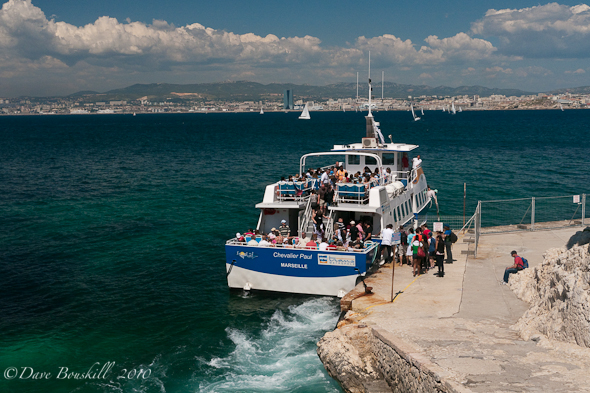 You can take a tour out to Chateau d'If and it makes for a very interesting and pleasant afternoon.  10 € will get you a seat on the 20 minute ferry ride out to the island.  You will have to pay another 5 € once you arrive at Chateau d'If to see the sites.  It is a little pricey but the boat ride is beautiful and the prison tour is fascinating. 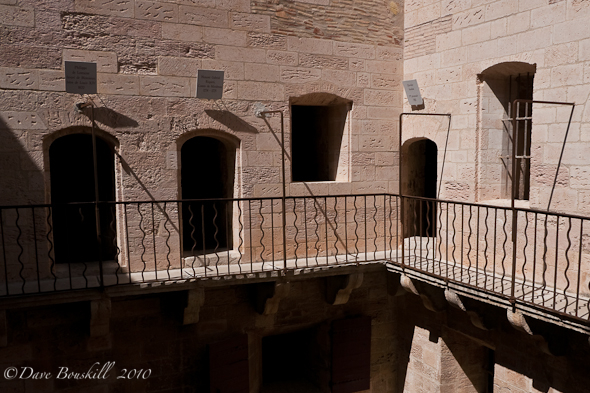 You can walk through the cells of famous political prisoners and see how they lived.  Surprisingly, the cells of Chateau d'If were quite large.  The higher ranking prisoners paid for better cells that were spacious and even had fire places.  The poor prisoners were condemned to the lower dungeons which were intolerable and we were not able to see. 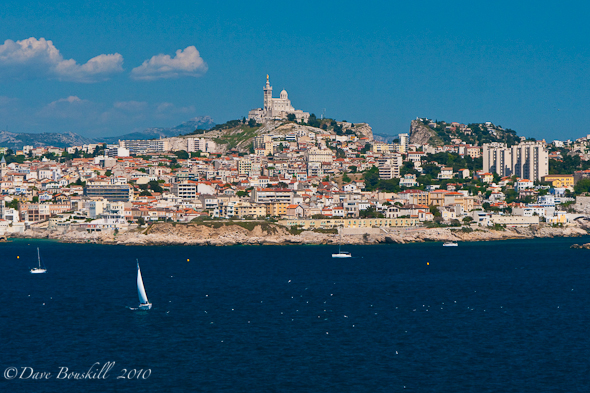 The island offers spectacular views of Marseille and you can witness a panorama from different vantage points.  Climb the winding staircase to the top of Chateau d'If for unobstructed views of the city and the surrounding islands.  Walk out to the lighthouse or sneak a peak through iron bars. 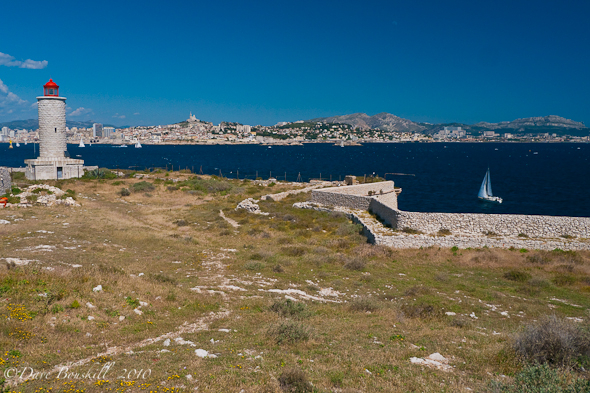 Throughout the self guided tour, different versions of the Count of Monte Cristo movies play in the cells.  Pages of the novel are on display and an entire room is dedicated to Alexander Dumas and his works.

We felt that the trip was worth every penny.  The ferry ride back takes 40 minutes as the boat stops at another island to pick up day trippers and residents.  Sit at the front of the boat on the main floor for the best view.  Walk through the cabin to the bow of the boat and have a front row seat to the ride.

Bring a jacket for the wind and sunscreen.  Between the ferry ride and the tour of the island, you are out in the sun for over 2 hours. 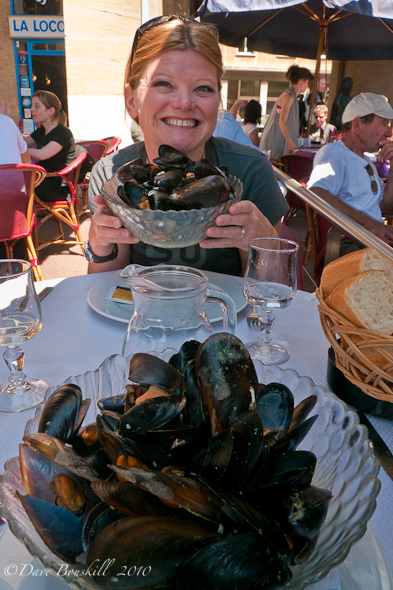 Once you return make sure to enjoy some muscles and chips (moulles frites) for only 9€ at one of the outdoor patios.  We enjoyed a feast of fries and delicious Muscles with a half liter of Rosé Wine.  We overlooked the harbour sitting on the French Mediterranean and enjoyed two meals and wine for only 17 € ! 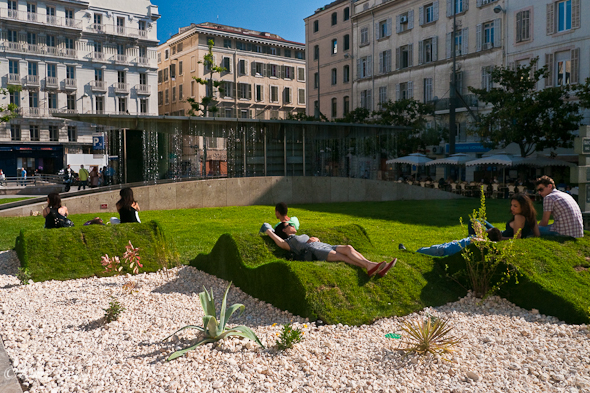 Marseilles was lovely and anyone going to the south of France should make it a stop on their list. It is filled with history, beautiful architecture and parks.

You will see chic residents walking down the boulevard or trendy bohemians lounging in the park. We wanted to be those cool people that live in the city of Marseille, but instead we had to be content to be visitors in this ultra cool land on the warm Mediterranean coast.

Camping Tips for Spain and France

The Port of Marseilles, A Photo of France

Four Reasons to Take a Ferry to France