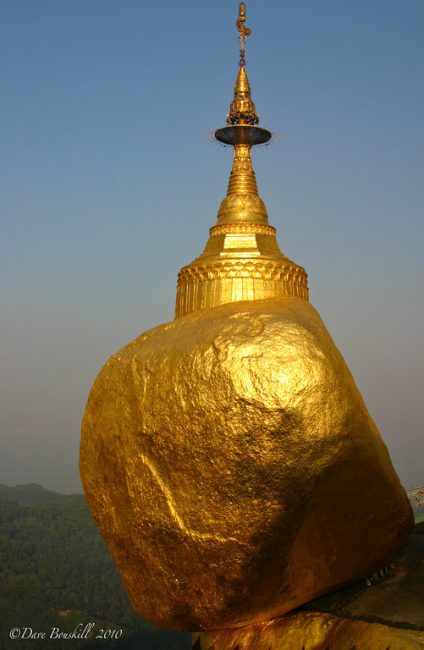 One of the most remarkable places to visit in Burma is the legendary Golden Rock. Located in Kyaiktiyo; a few hours east of Yangon, the Golden Rock is a phenomenon dangling off the side of a mountain. 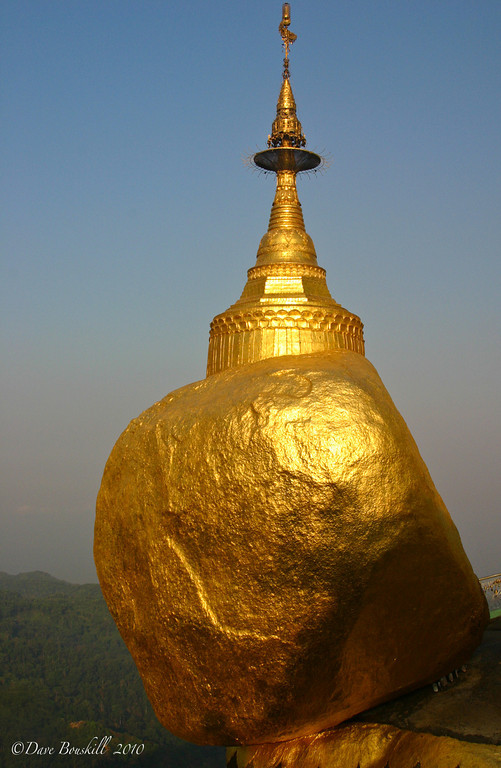 Legend has it that is is balancing on the hair of Buddha and it is the most important pilgrimage in the country. The hair was given to a hermit by Buddha himself, who in turn found a boulder which resembled his own head. He then built a small Stupa on it's top and pilgrims have made their way to see it ever since.

This magnificent structure is not only fascinating but it also generates a magnificent energy. Pilgrims come to this place to marvel at how it clings to the side of a cliff, but also feel the it's spiritual power.  Visiting the Golden Rock was one of the highlights of our time in Burma.

We have no idea how it has balanced on this mountain over the ages but as we gazed upon it with our own eyes, we became believers that something extraordinary was standing before us.