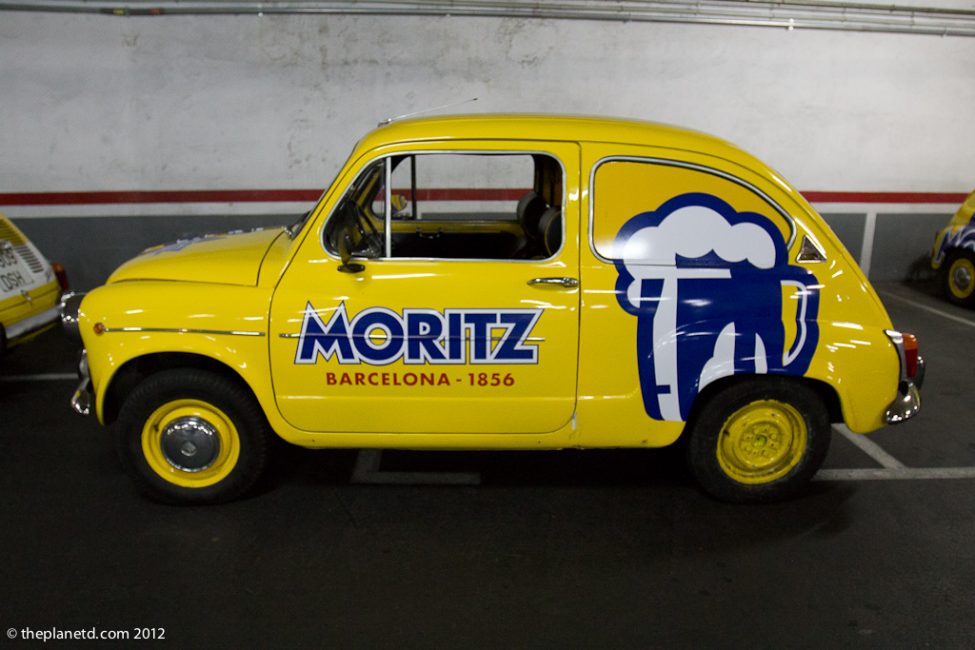 ‘Don't forget to bring your driver's license.' Those were the last words we heard before parting ways to freshen up for an evening out in Barcelona. We had just finished watching an F1 Race at the  Catalunya Circuit and we were all ready to put the pedal to the metal after watching this adrenaline filled event.

The Catalunian tourism board was never predictable during our time in the region and as usual came up with something completely unique!

The Coolest City Tours in Barcelona 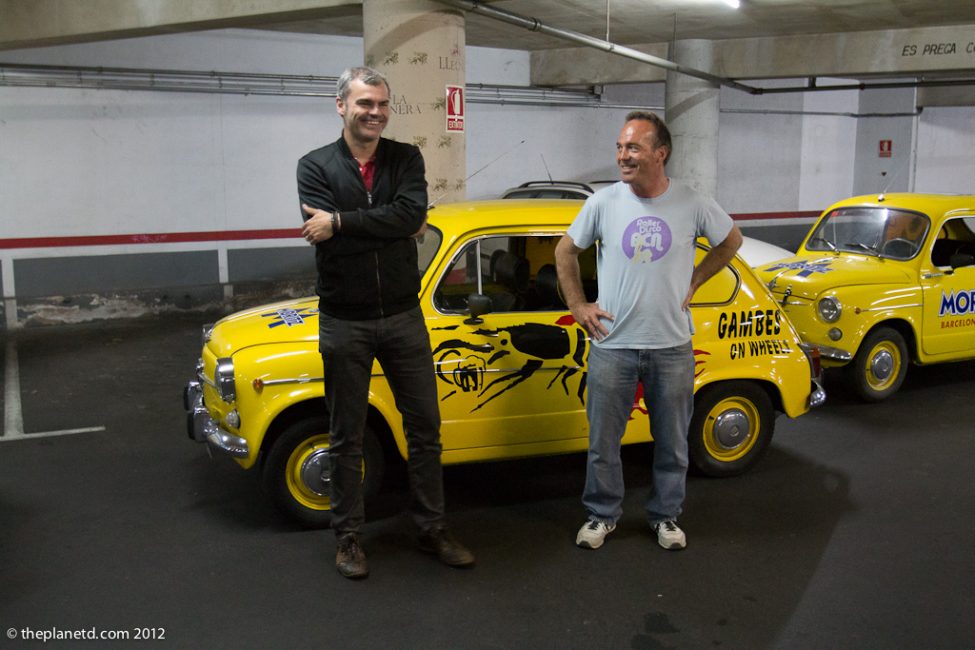 Our Guides and Owners Marc and Edwardo

We arrived at a parking lot in the middle of downtown Barcelona to discover a floor filled with the cutest and most personality filled automobiles we've ever seen. The Seat 600's were the limosines of the 60's and tonight, we were going to be our own chauffeurs. 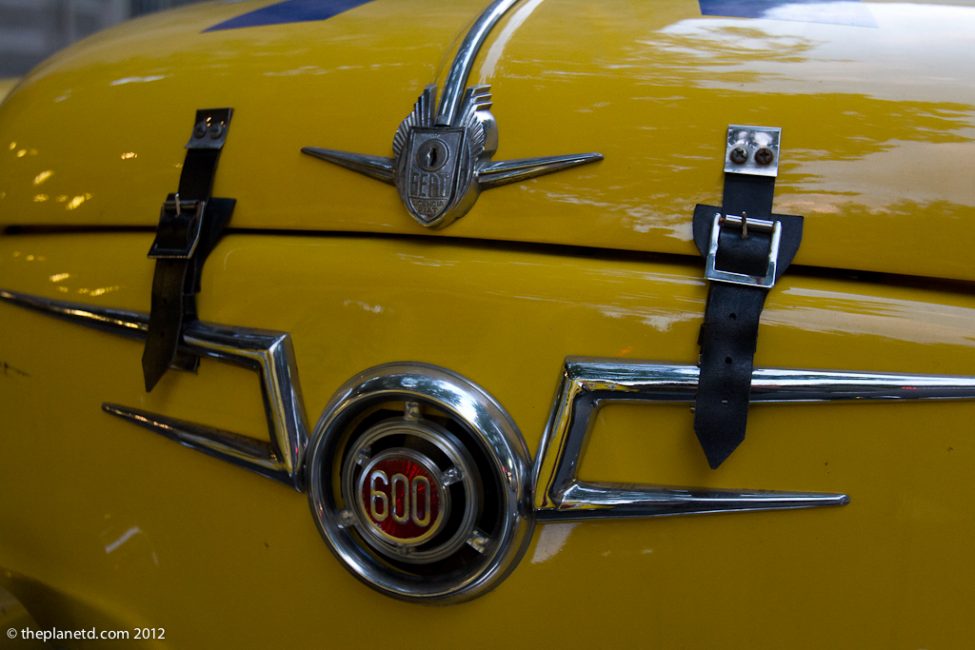 Having already driven an inappropriate car from England to Mongolia in last year's Mongol Rally, I jumped on the chance to get behind the wheel and rev the engine. We split into groups of two and three to take turns at the wheel as we followed the guys from Pimm Barcelona around the town for a our dinner tour of the city. 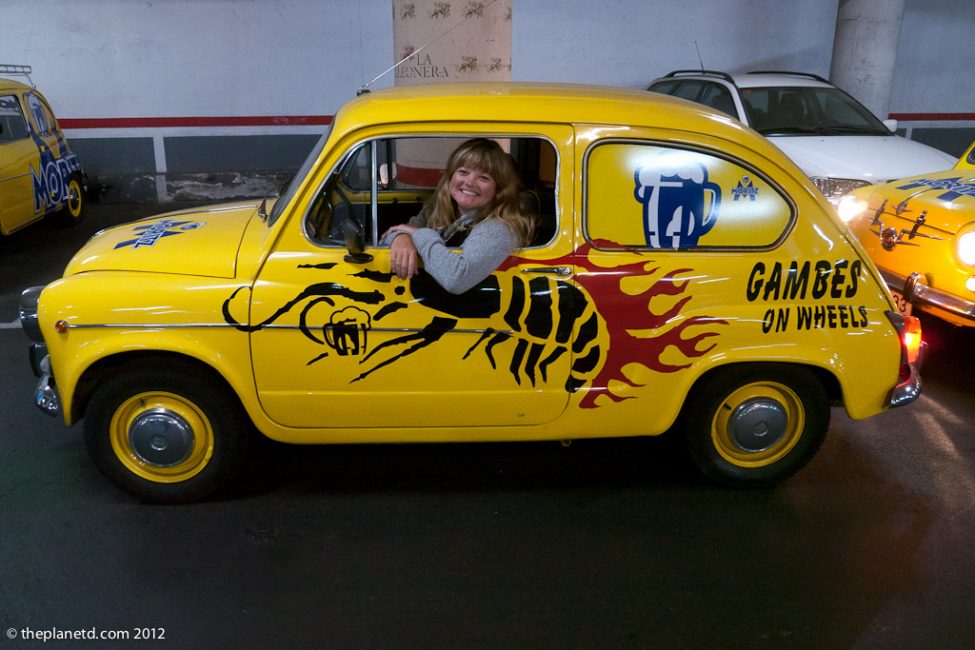 Dave was gracious enough to give me first crack at the wheel, but when I saw that we had to go up a steep ramp to exit the parking lot with everyone looking on, I was a bit nervous. These cars were old and a little testy. The clutch wasn't exactly smooth and the gas was a little slow,plus the inside the car was very tight with the skinniest steering wheel I've ever held, so I had a very real fear that I was going to stall the engine on the way up.

Lucky for me, it all worked out and I drove out of the lot with a big smile on my face covering up my insecurities to the rest of the group. This was definitely one of the coolest city tours in Barcelona 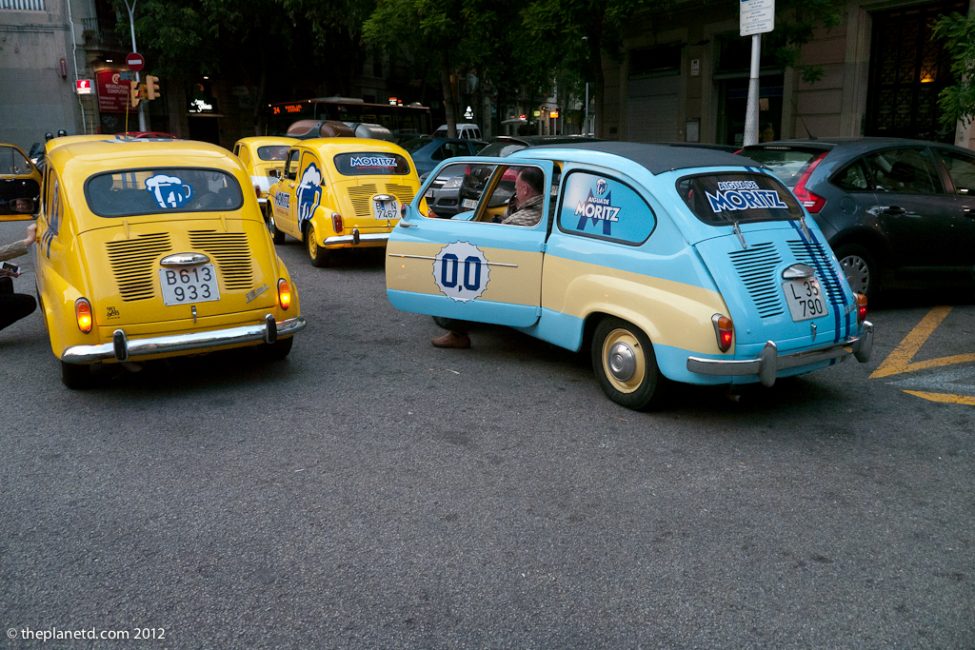 It wasn't the fast paced race of the Catalunya Circuit, but it sure was a lot of fun. We turned more than a few heads as we drove in one long convoy through the downtown streets. Tourists and locals alike snapped photos as we passed and we honked our horns and made a spectacle out of ourselves gathering as much attention as we could.

Stopping for Tapas and Food in Barcelona

Our first stop was a tapas bar Bar Velodromo where we checked the menu with 3D glasses and enjoyed great meat and cheeses. We thought that we were stopping here for the night, but like every meal in Spain, this was only the tip of the iceburg. The Spanish love to feed you until you burst and having already stuffed ourselves to the max, we continued on to the top of a hill overlooking the city to eat our main course. 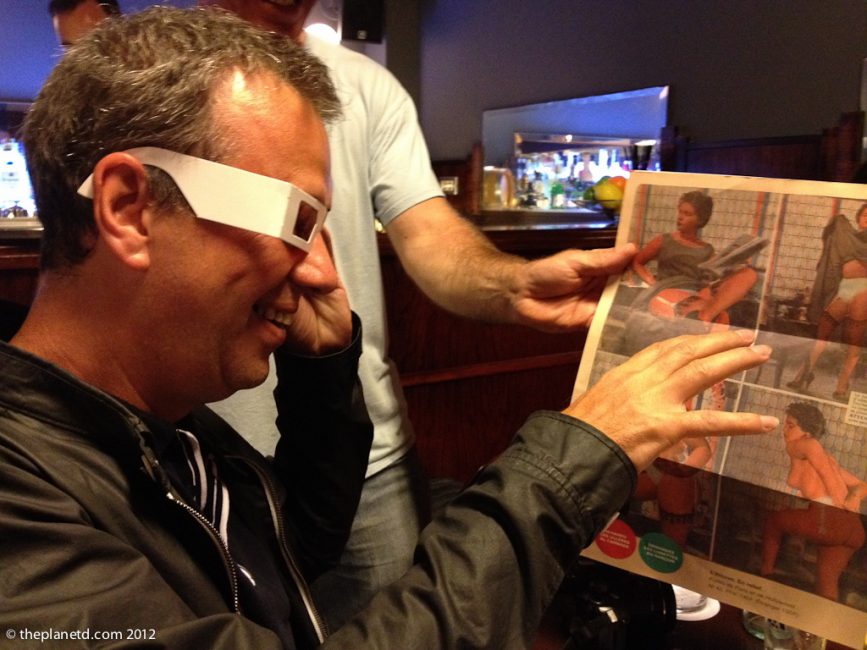 Jack of Buzz Trips checks out the Models – errr Menu

The air was brisk and the night was clear allowing us a perfect view overlooking the lights of the harbour where we were free to snap some photographs as we waited for the food to arrive to our outdoor picnic. 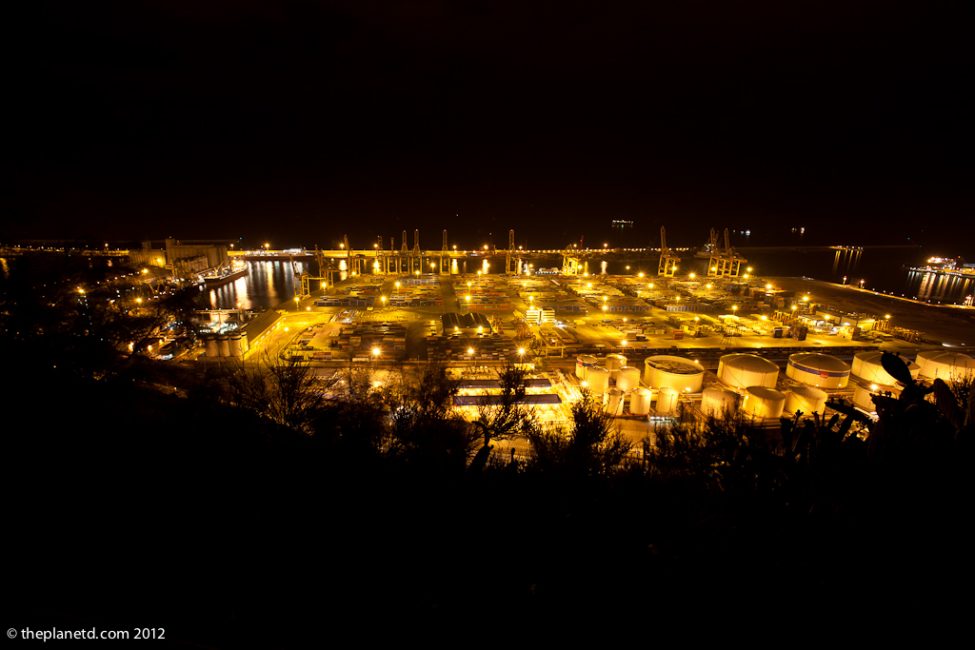 After we finished our meal, it was on to yet another meeting point. Dave took the wheel this time and the fun began as our guides led us through the suburban streets of the city. We circled roundabouts waiving at each other with delight and went through tunnels obnoxiously honking our horns at one another.

It was pure fun! 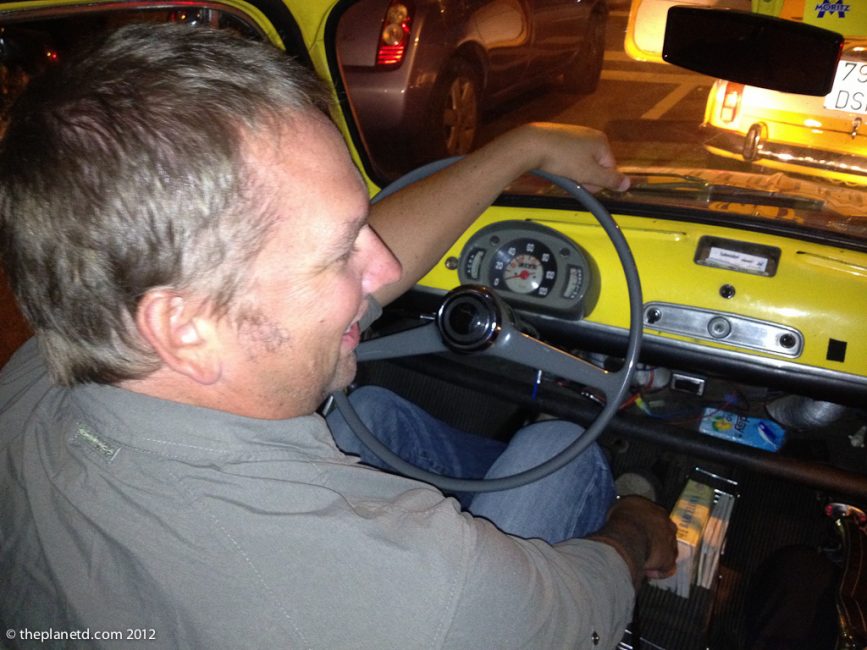 Our final stop took us to a trendy downtown bar where we joined the already happening party with champaign and dessert awaiting our arrival. Having parked our cars safely back in the lot, we were free to enjoy more than a glass or two of the bubbly goodness.

If you do one of the most exhilarating city tours in Barcelona, I highly recommend this one. It's unique and fun and hey, how often do you get to drive a classic car anywhere let alone downtown Barcelona. Once of the coolest cities on earth.

For more information on booking your own city tour check out Pumm Barcelona, they organize Urban City Adventures in Barcelona.

WebsiteFacebook
You are Here: Home » Europe » Spain » Cool City Tours in Barcelona – We be Driving