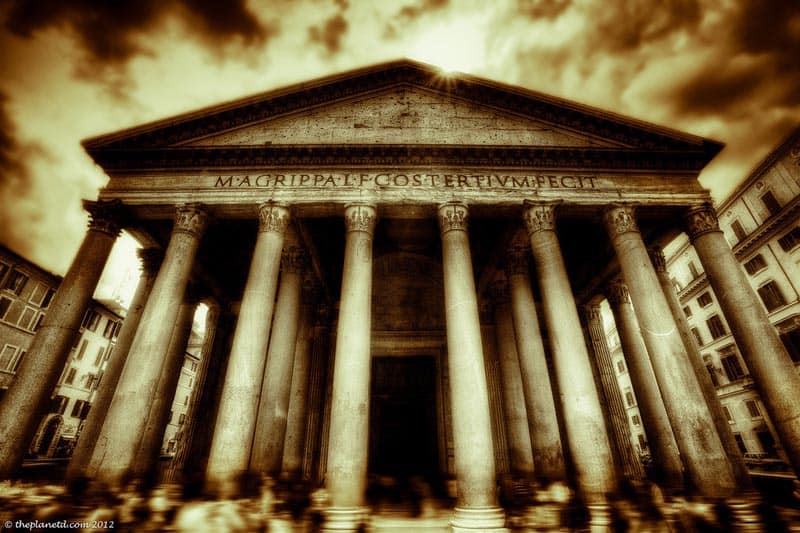 Rome is a fascinating city dating back thousands of years. We took a stroll around the ancient ruins to capture these amazing Rome pictures. Enjoy! 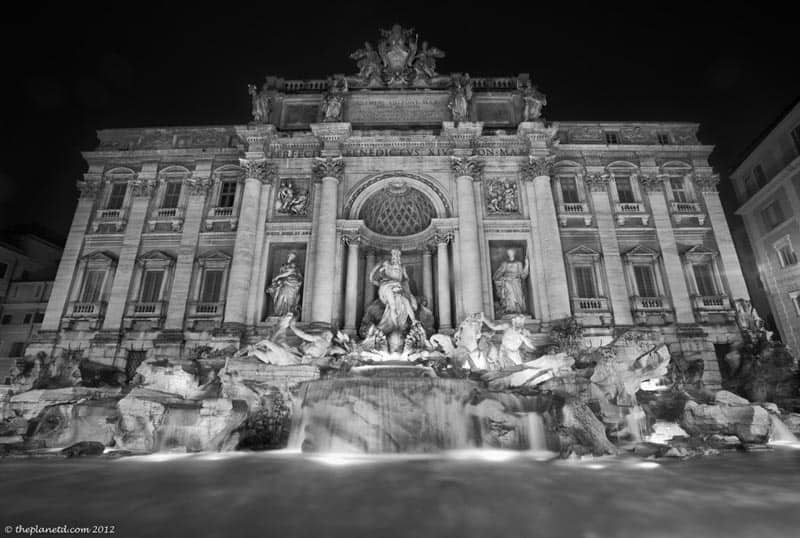 A night time view of the Trevi Fountain

The Trevi Fountain is crowded, dirty and loud during the day, but when we took this photo of Rome at night, there was nobody around. It was midnight and we had the Trevi Fountain all to ourselves. 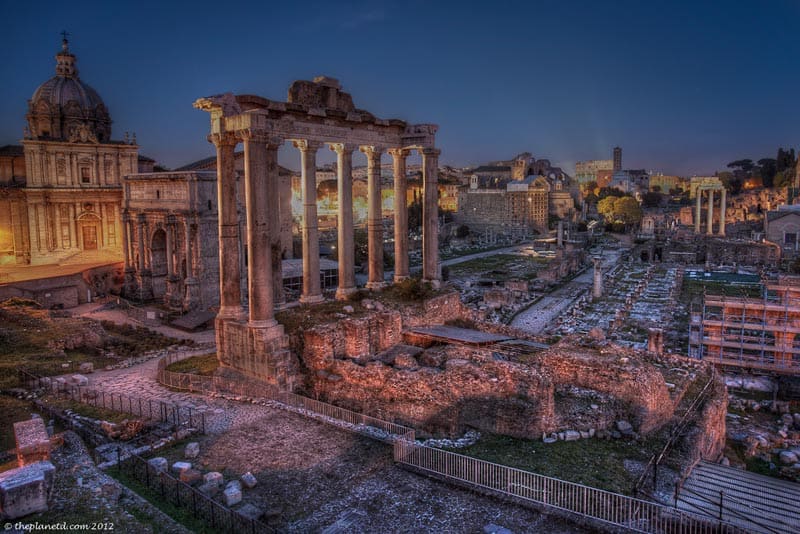 It's difficult to make out what the Roman Forum is during the day, it almost seems like a mess of ruins, but at night, when it is lit up and free from crowds, you can see the grand beauty. 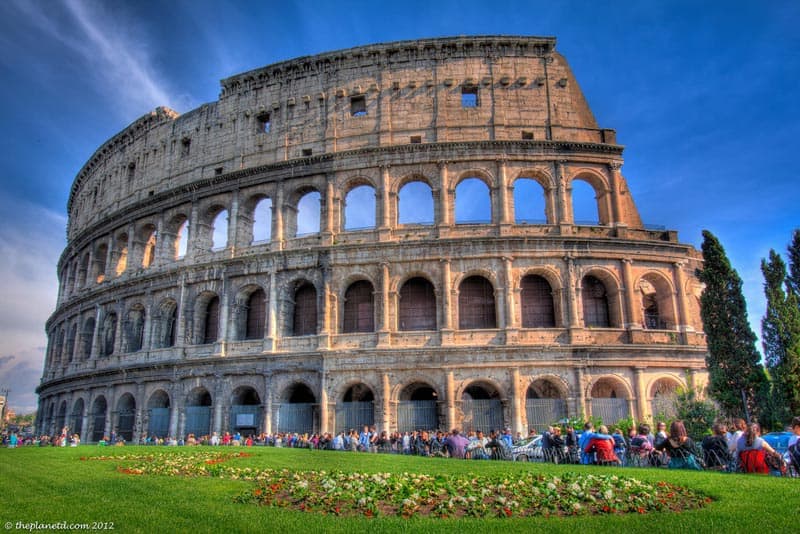 We were lucky enough to stay right across the street from the Colosseum of Rome. We had different perspectives throughout the day and night. This Rome photo was taken while picnicking on the grassy clearing.

Are you heading to Rome this Year?

Where to stay in Rome – A Guide to the Best Neighbourhoods 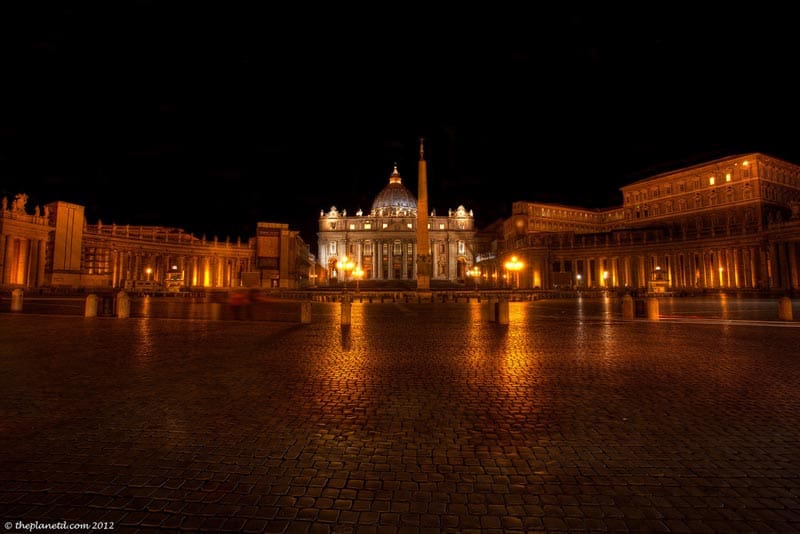 The Vatican at Night

The Vatican is another place overrun with tourists.

But we took a Vespa Tour of Rome and stopped by the square. There was absolutely nobody there.

The Pope's light was one showing that he was home and we waved hello.

The Pantheon of Ancient Romek

The Pantheon was a really cool spot. To give it an ancient feel, I wanted to do some crazy processing.

I feel that this Rome image transports me to 1000 BC and whatever God they worshipped then is looking down over the ancient structure. 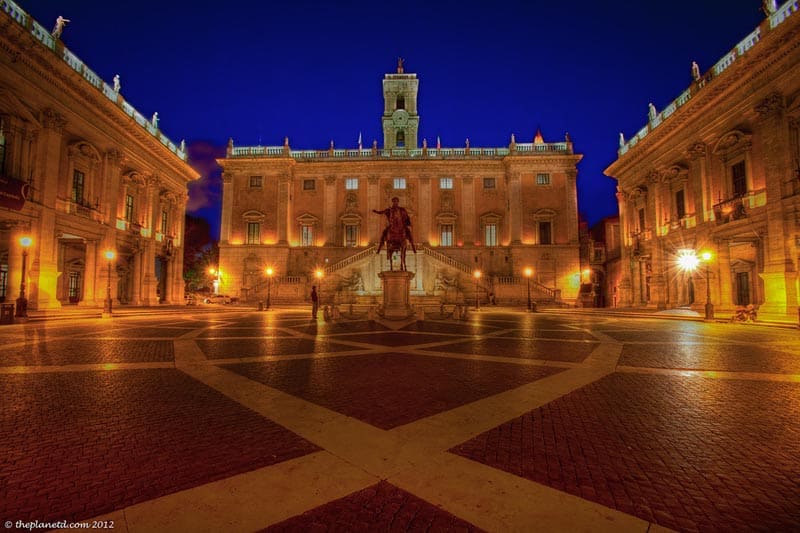 I know most of my Roman history from movies.

So when seeing the Marcus Aurelius statue, Gladiator came to mind.

It was another impressive sight that we had all to ourselves at night. 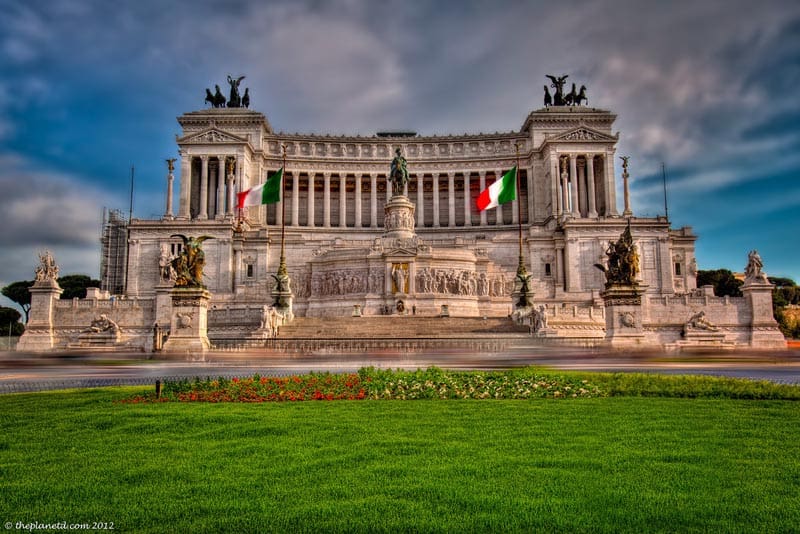 The Vittorio Emanuelle II Monument stands at a busy roundabout. With a long exposure, I could capture the impressive building by blurring the cars driving by.

The Watchful eye in the Non-Catholic Cemetery in Rome

The Protestant Cemetery of Rome is a tranquil place of peace and relaxation to get out of the hustle and bustle of the city.

This tombstone is the first of its kind but has been replicated at cemeteries all around the world.

The Protestant Cemetery of Rome

Off the Beaten Path – 10 Places to See Near Rome