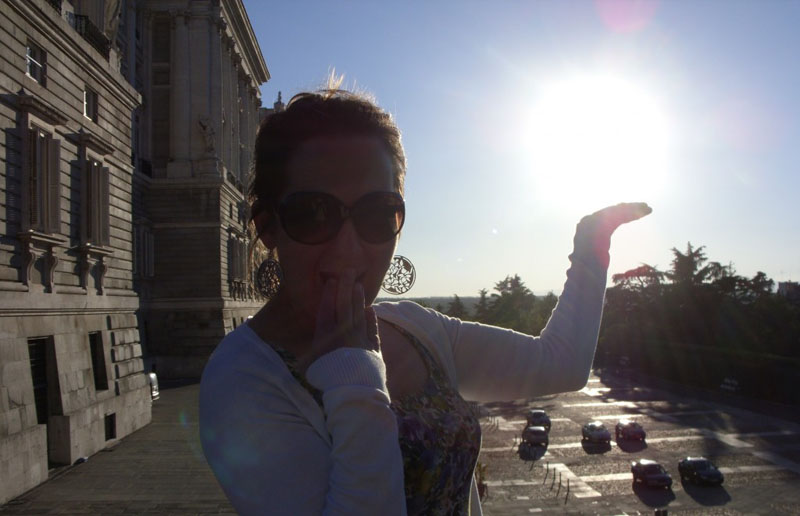 Travelling is fun – discovering new cultures, getting to know new people and trying to get used to new situations. When you're young you think that you can get used to absolutely every weird thing you stumble upon during your journey, right?

If you have never experienced the adventure of travelling or living in a foreign country, your answer would be yes. But those of us who has at least once found themselves far away from home and with strange people around, wouldn't agree without ranting. Let me give you a little heads-up on things you may experience while moving to Spain – based on my personal experience. 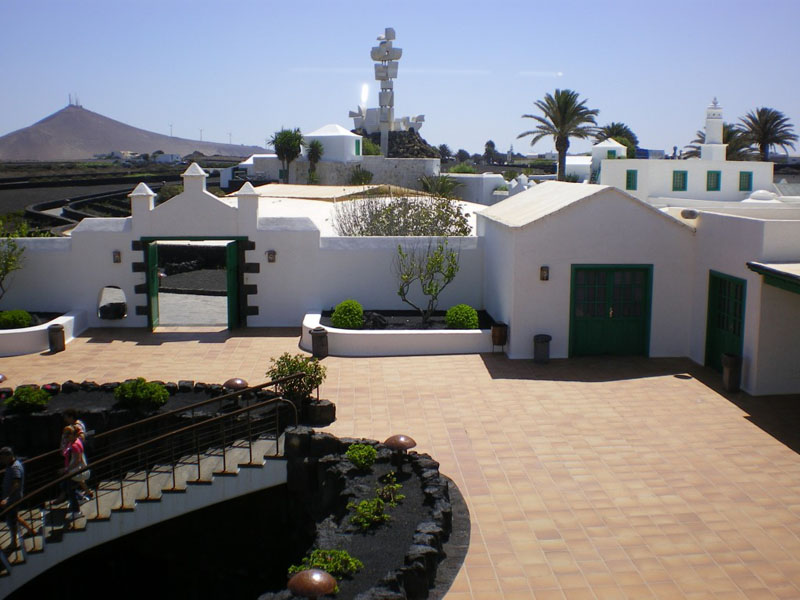 Strange things may happen, things may get weird. You may meet people whom you'll find absolutely insane; or you may probably hate the way they behave in a certain situation. But hey, you'll be experiencing an unforgettable adventure.

There were quite a few things in Spain which I found irritating and incomprehensible when I moved to a few years ago.

Let's start with the disgusting habit of throwing used paper napkins on the floor in bars and restaurants. Let me fill you in, so they are in a bar and they're eating and suddenly their face get dirty with some sauce or their fingers just get greasy. So they take a napkin and clean themselves and… throw the used napkin on the floor!

For some reason (that only a Spaniard understands) they can't throw it into a trashcan. Maybe it's even forbidden? Here's a fun fact, the more dirty napkins there are on the bar floor, the better food they serve there. Actually it took me some weeks to discover this rule.

The other thing that was driving me crazy at first were people's ambiguous responses. There's a double meaning in some Spanish phrases/words and you'd better learn them by heart otherwise you can find yourself waiting 35 minutes at the main square just because you didn't get the second meaning of someone's message.

If a Spaniard tells you to meet at 8-ish pm it meant let's meet at 9 or 10 pm or even 11 pm. Actually don't you dare get there on time, for some reason being punctual is seen as a bad thing.

They would probably think that you have no personal life and nothing else to do other than waiting alone on a street. It has nothing to do with your good manners (or their lack) 😉

If your new Spanish friend says Yes sure, that would be nice. I'll call you as a response to your invitation to the movies or a museum (not for a date), than be aware! Going there with you is probably the last thing they want to do.

There is a very serious Spanish rule that says never use NO as an answer. So even if they think no, I am not going to the movies with you EVER they are not allowed to articulate these words. Instead they trick you into thinking they're positive about meeting with you in the near future. Isn't it nice of them? 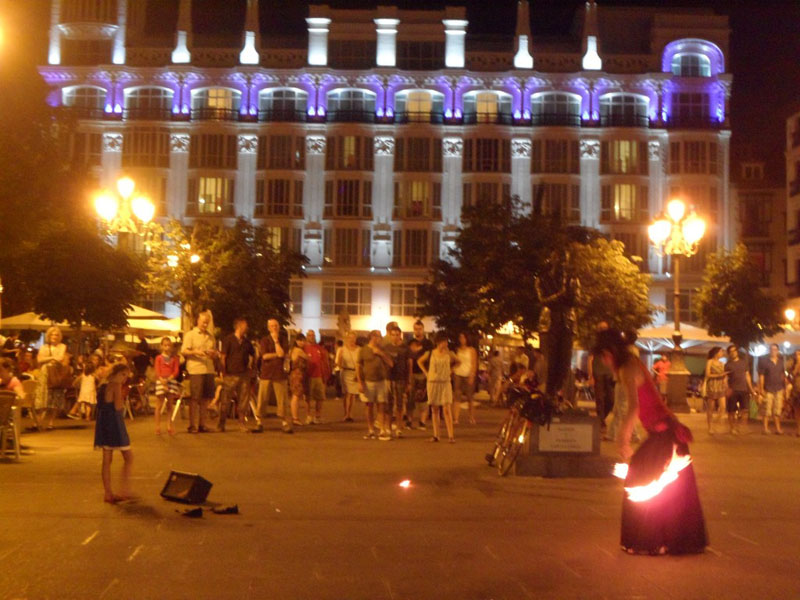 When your Spanish colleagues ask you to grab some beers with them, what they really want to do is to get wasted. Like big time! It all starts very innocent, you get to a bar, have some beers (if you're lucky you can even get some olives). Then they start talking to the other clients from the bar (usually about football) and the next thing you know, you're doing tequila shots with the other customers.

Everybody gets crazy and wants to dance. So you have no choice other than going to a club (usually a Latino one) and dancing your legs off with them. Eventually, you make it to your apartment (without even remembering it) and forget to set the alarm clock.

Not a big deal, you just oversleep the next morning and get to work late. But hey, you learn the true meaning of let's grab some beers. 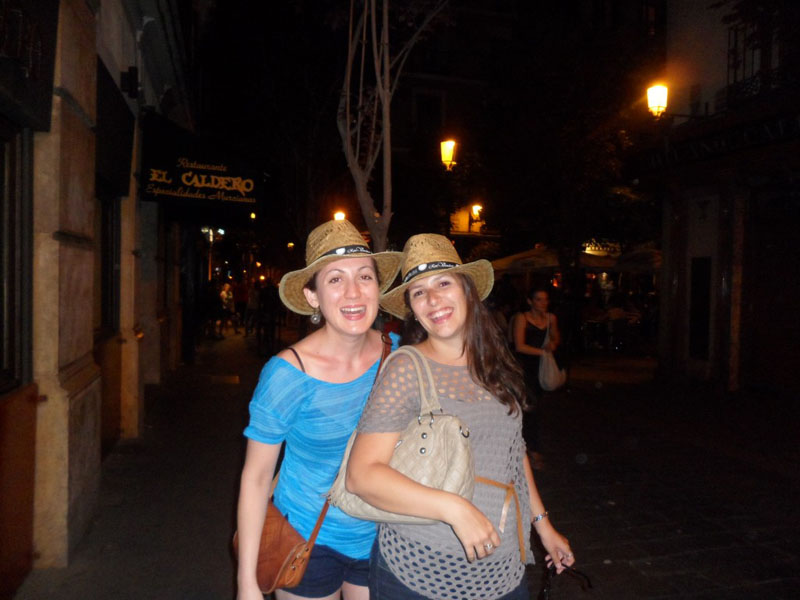 There is one thing that I still try to get used to. It's the way Spaniards get close to you while talking to you. The distance between your face and the other person’s face is usually about 10-15 cm. Being this close to your speaker allows you take a deep look at their…teeth, inside their nostrils and every single pimple they have on their face.

I'd feel more comfortable without knowing these details. What is more, sometimes they touch you while talking, your arm, your back, hand. I assume it's not a big deal but it makes me feel uncomfortable and confused. Are we becoming buddies? Best friends?

If you feel comfortable enough to touch my back, am I allowed to call you in the middle of the night when I am having a bad dream and wake up screaming? Well, probably not. They just love to be close to people.

Being a foreign in Spain is an amazing adventure. Even if the culture is pretty different from yours, for me it’s one of the best in the world. Spanish people are always cheerful, friendly, willing to help and explain to you their strange habits.

Spaniards gets cocky about their heritage. Or should I say football, food and “fiesta”. Yes, definitely the latter 😉 But still, once you are good at these 3 things and you find yourself cooking a paella for a Sunday dinner, it means you are 75% Spanish. 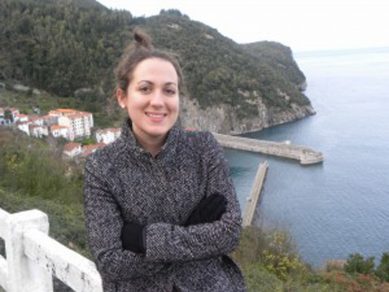 Natalia is a Polish girl living in Spain since 2007.
6 years of studying, working, living, wandering, having fun in a foreign country and traveling all over the world for pleasure made her even more eager to discover new places around the globe. She shares her experience on http://tripventurist.com/ every Tuesday and Thursday.
Follow her newest adventure on:
Facebook
Twitter
Instagram

Would you Like to Stay in a Luxury Spanish Villa?

Andalusia Travel – 5 Reasons to Visit the South of Spain

10 Must Visit Cities in Spain

7 Romantic Places to See in Barcelona

WebsiteFacebook
You are Here: Home » Europe » Spain » The Quirks of Spain, Observations from a Polish Expat