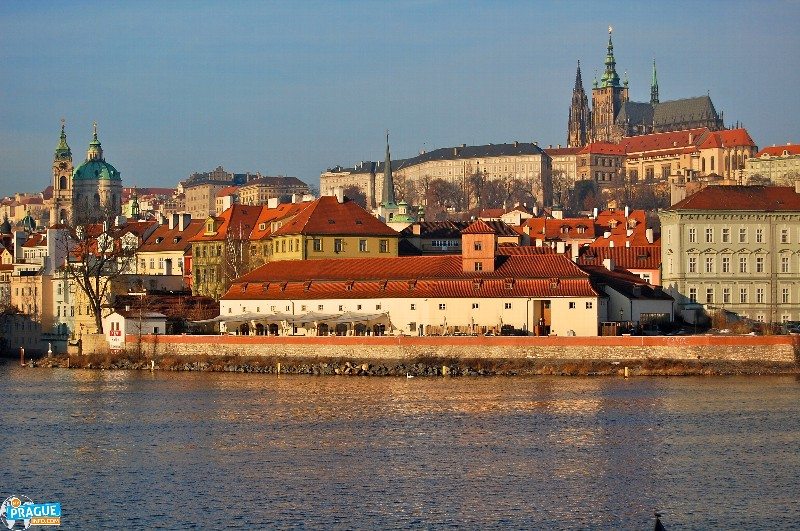 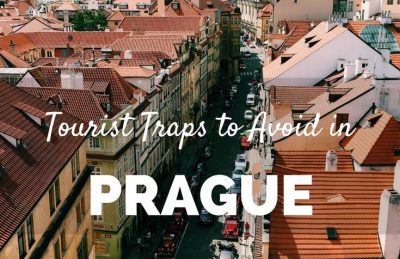 Legend has it that the Charles Bridge has stood for so long because egg yolks were mixed in with the mortar.

But looking at the bridge on any day of the year, regardless of rain, sleet or snow, one could argue the bridge is held together with tourists bear-hugging each other from one end to the other.

Of the over 6 million visitors to Prague last year it would be a slight exaggeration to claim that all of them crossed the Charles Bridge.

It is crowded, always. As ten people walk off, ten more walk in.

This makes the bridge one of the worst Prague tourist traps.

As you stroll along the bridge your gaze bounces from the statues lining the balustrade, to the castle perched on the hill, to the river below on its journey to the North Sea.

It’s an idyllic moment that transports you back to a time of kings and valiant knights on horseback.

It could if it was not for the hawkers lining the bridge selling caricature paintings of Tom Cruise or the more mentally intrusive music box man belting out polka music.

What type of tourist travels all the way to Prague to cross the 700-year-old bridge to buy polka music CD?

I don’t know. Certainly not me and hopefully not you.

Do Not Touch the Statue of St. John

So, make sure you buy nothing and continue down the bridge.

When you get there, avoid the temptation of touching The Statue of St. John.

People touch it for good fortune, but it’s just a myth. All you will get is the common cold from one of the hundreds who touched it before you.

Instead, look at it and take a picture of it. But unless you are wearing gloves, don’t touch it.

Don’t Over-Pay for beer in Prague

At the end of the bridge, you’ll most likely decide it is a perfect time to relax and try the world-famous Czech beer.

Although not true, (but locals believe it) good beer was invented in and only exists within the borders of the Czech Republic.

For Czechs beer is not a beverage to consume for the alcohol, it is a mandatory complement to the traditionally greasy and hearty Czech meals.

Beer is a staple and that is why compared to everywhere else in the E.U. it is cheap as bread – the government risks its reign by increasing the beer tax.

Get your Lonely Planet Pocket Guide of Prague

Avoid this place for Beer

When you follow the stairs leading off the side of the bridge, you walk down and turn around.

There as if ready-made just for you is a little stand tucked under the stone archway.

The man behind the counter pulls out a shiny green and gold can. He cracks it open and the sale is done.

You just bought a can of beer for more than twice the amount locals pay.

You fell into a tourist trap.

Of course, Prague is not the only city with tourist traps. But Prague has more perfected it.

There are two main reasons for this. The first is because tourists limit their visit to a few key sites: The Prague Castle, Charles Bridge, Old Town Square.

First-time visitors with only a few days feel that they must see these landmarks – they are mandatory sites just like the Eiffel tower in Paris.

Tourists bounce between these sites with no time left for the rest of Prague.

The fortunate store and restaurant owners established near these sites and on the streets connecting them have a constant stream of tourists overpaying for food and drink.

This certainty of tourist traffic allows them to raise prices.

The second reason Prague is ideal for tourist traps is the language.

About 10 million people in the world speak Czech and most of them live in the Czech Republic.

As a tourist, odds are you do not speak the notoriously difficult language.

Those trying to pick up even a few phrases quickly come to understand why it is referred to as the Rolls-Royce of languages.

Not only are there phonic sounds that exist nowhere else – the tongue slapping sound of ?, but even the word for beer changes depending how many beers are involved (1 pivo, 2 piva, 5 piv).

Efforts to learn even the basics quickly end in bewilderment and frustration.

Most give up after hello (dobry den) and thank you (dik). Unable to communicate, tourists fear venturing too far from the safety of the little English speaking islands in Prague.

This keeps them confined to the tourist traps.

How to Avoid Prague Tourist Traps

Fortunately, tourist traps in Prague are in a very small area.

Usually, it is just a matter of walking 10 minutes in any random direction and you are in local territory. Pull out your wallet, you are trap free in the real Prague.

A Prague where you will not come across a man selling polka music. A Prague were the price for a mug of beer is less than a bottle of water.

Roman lives and writes in Prague. At Travel Prague he shares his tips and advice for tourists. He invites you all to the city and hopes you don’t fear venturing into the narrow cobbled streets of the real Prague for the best beer in the world.