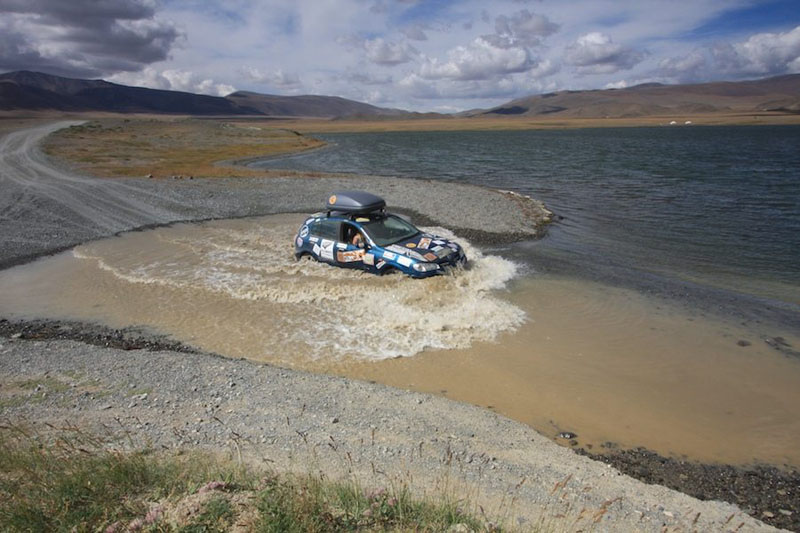 We were worried about the river crossings during the Mongol Rally once we reached Mongolia. We had heard that we would have to be towed across flowing bodies of water and that there would be a possibility of our cars engine flooding which would mean game over for us en route to Mongolia.

There aren't many bridges in Mongolia. Most people drive SUV's and 4X4's so they just barrel through. Besides even if there are bridges they're not in the best of shape. 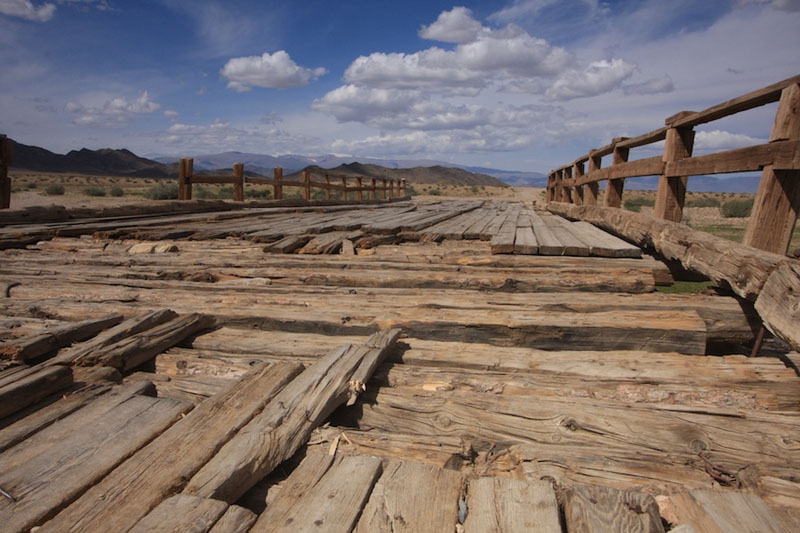 We came across this bridge and weren't sure what to do, we decided to go for it, and found out later that there was another bridge further up country that would have been much easier to travel across. But then again, what would be the adventure in that? 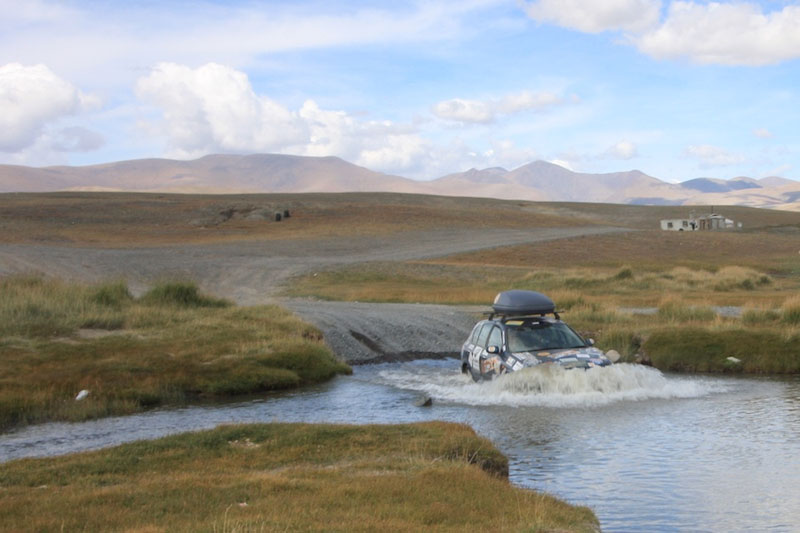 It was our second day of driving in Mongolia and we had come upon a deep pond in the middle of the barely existent road. There were some other teams going through just as we arrived and it gave us the confidence to push on. They were in a larger van so we knew that if we got stuck they could give us a tow.

I just so happened to be driving that day, so it was my turn to go first. I was a little intimidated by having everyone watch me go through my first drive through a body of water so I took it a little fast. I had to gear down to first part way through  the drive and in my panic and haste, I broke off the knob on the gear shifter. It was already split in two before starting, but now it was official. 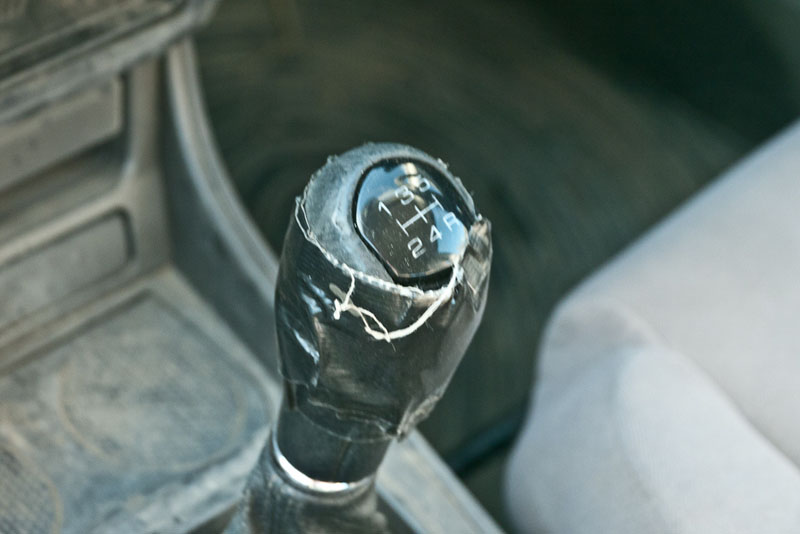 We would be driving the rest of our way through Mongolia with wad of duct tape holding it on.

We had two more river crossings that day and then several more throughout our time in Mongolia. After that first crossing we felt strong and invincible and faced each crossing head on without fear or trepidation. Each river was different though and there was always an unknown element. Would we run into a giant rock? Would there be a huge dip in the water where are car could fall in? How deep was the river anyway?

We would ask the locals for help and they always pointed us in the right direction where we made it through with flying colours.

Our final test came near the end of the trip when Dave was driving. We came up to a very small village and asked directions to the next town.  Two guys on a motorcycle motioned us to follow them so we did. They brought us to a very long, deep and snaking river and we weren't sure if we should follow them or not. They assured us that we could make it through and that we should follow their path.

We asked them how high they think the river is. It came up to just above the knee. Using our usual universal “thumbs up sign” for assurance, we followed them through.

Astana, Kazakhstan: The City at Night

How to Get Sponsorship for an Event or Blog