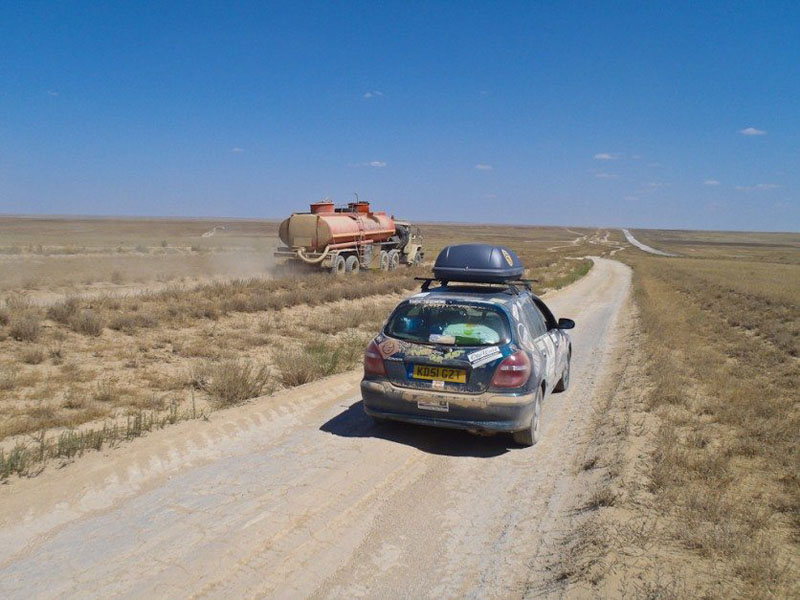 Driving an inappropriate car for 9000 miles across two continents isn't easy. After surviving some of the toughest roads on earth in a 1.5 litre car, we thumb our noses at those people who drive cross country in their cushy Landcruisers or state of the art BMW Motorcycles complete with support vehicles and trained mechanics 😈

Anyone can survive potholes and rough roads when they have plenty of clearance and horsepower, but try doing it with 4 people in a tiny car that is way over packed on tires that are nearly bald!

We actually survived quite well up until day three in Mongolia. 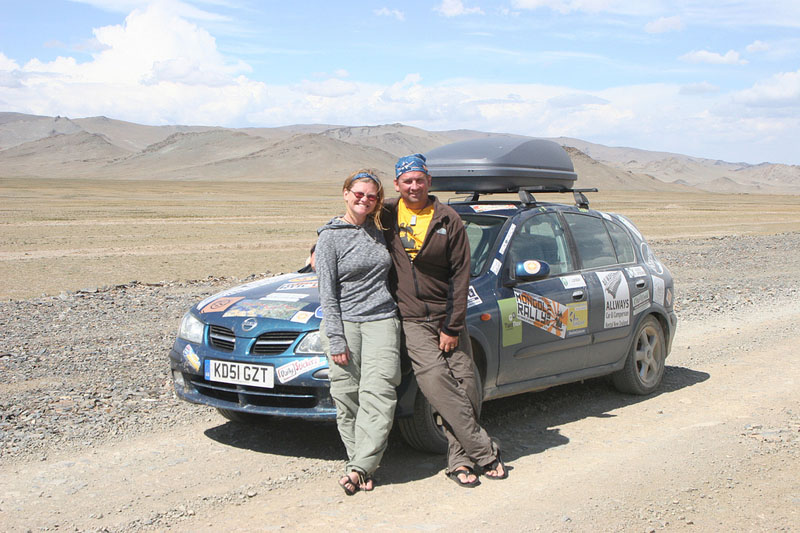 It all started after we left Khovd our first stop at a fantastic Ger Camp for the night where we got to know more of the Mongol Ralliers. The day earlier we had done some pretty major river crossings and when we started the car in the morning our exhaust was sounding a little wonky. We chalked it up to being wet and that if we drove it for a while, the moisture would work its way out. 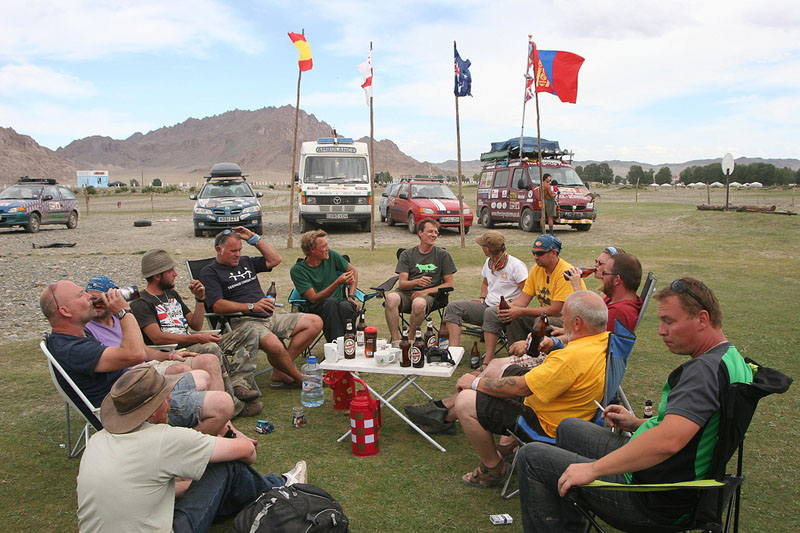 After a couple of hours of driving, it started to grow louder so we stopped to have a look.

It turned out that the exhaust broke at the muffler and it was dragging on the ground. Probably during the river crossing the day earlier or most likely during one of the many potholes, lumps or bumps that we had hit had caused it to break and now we needed to tie it up somehow.

When we were in England, the first thing on our list to buy was wire. Dave and I have had clamps break off mufflers fall before and have held our old car together with wire coat hangers in the past. We knew that this could be a very real possibility so we had it at the top of our list of things to buy.

We forgot all about it. As it turned out, finding wire at Halfords (the major automotive store in the UK) was  more difficult than expected. They didn't have any and we had to set off looking to buy some wire from somewhere else. We had it in our minds to buy it, but as time went on and the “to do” list got bigger, the wire completely slipped our minds. 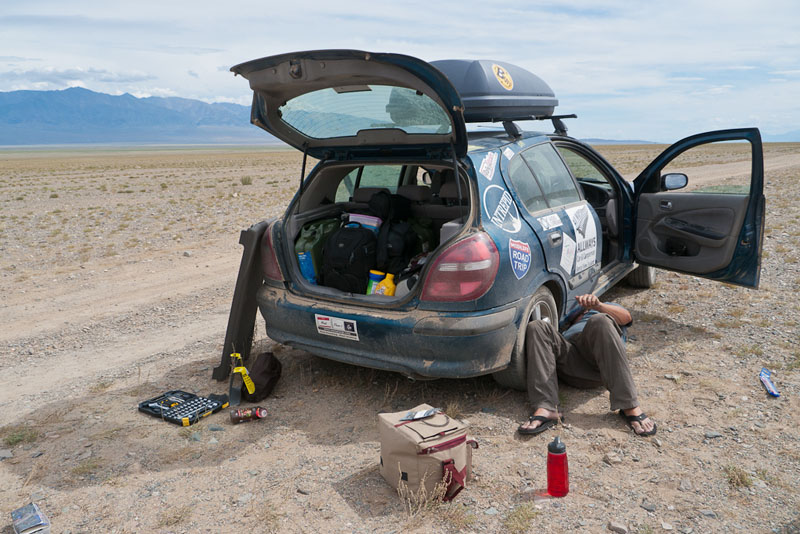 As we sat in the middle of nowhere in Mongolia with at least a km spread between the many different paths that drivers could take, we had no way of fastening our muffler securely to the frame of the car. So what does one do when there is a problem? Make lunch of course. 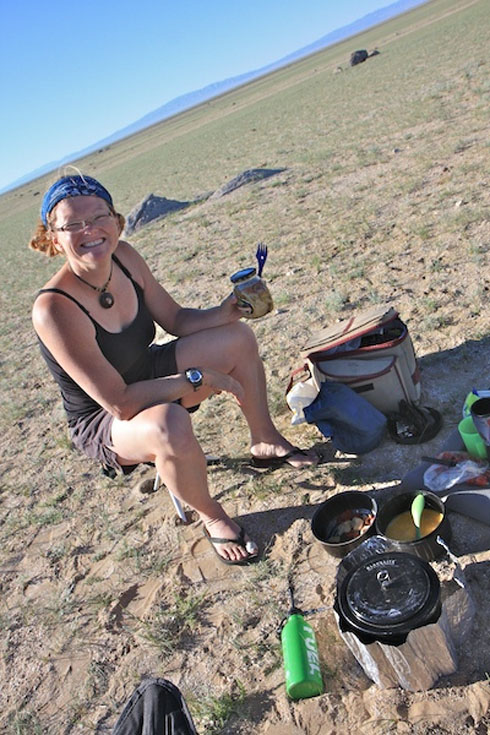 We were hungry so we made some lunch as we contemplated what to do.

Soon enough a team of motorcycle riders from France came by. They weren't taking part in the Mongol Rally, but we had met them earlier in Russia and spent the night at the border with them as well. They had some metal clamps that they gave us that might possibly do the job. It didn't. 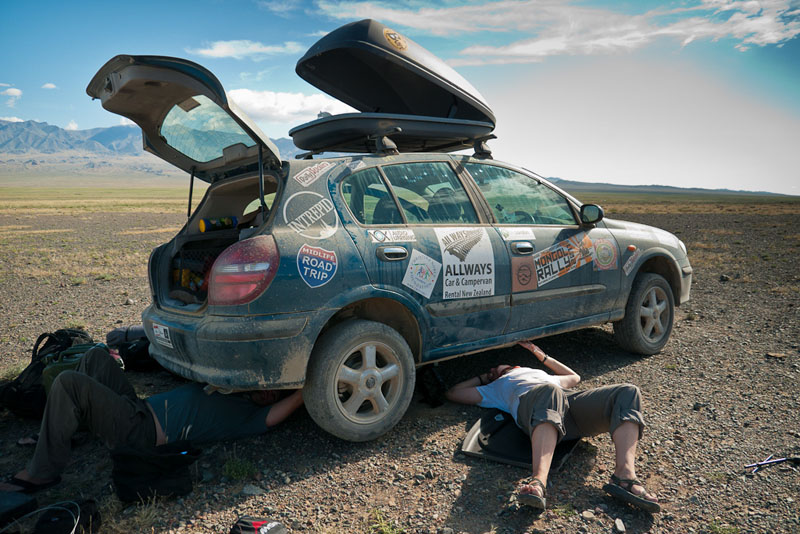 Team Mongolian Madness just so happened to drive by a few minutes later. They had already had several problems with their car and their exhaust had fallen off as well. They had some cable wire that they were using so they cut us off a piece. We managed to twist it around a clamp and hold the exhaust on for a bit. The one problem was that the wire was just too thin to hold on these roads. Every half an hour we had to stop to twist another piece on.

It was started to make our day move along very slowly and each time we stopped, locals would always offer to give us a helping hand or at least took a look at our car for us. 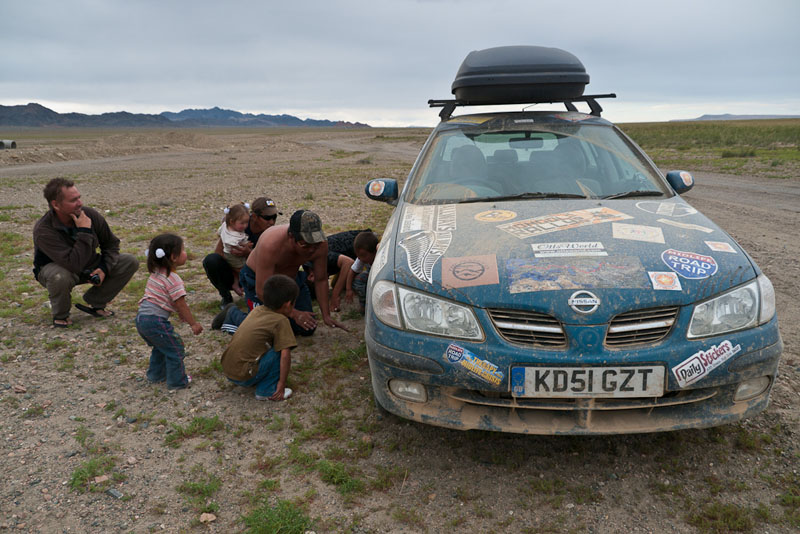 The Mongolians have very rough roads and they all seem to have knowledge of cars. Everyone looked at our muffler and assured as that we were ok to drive and with a friendly exchange, we said our good-byes.

It was nearing sunset when we finally reached the town of Dariv where we could finally look for some proper wire. We pulled up to the one and only gas station and showed him our problem. He motioned for us to grab our cutters if we had them and to follow him. He cut us off a large piece of fencing wire and didn't charge us a thing! 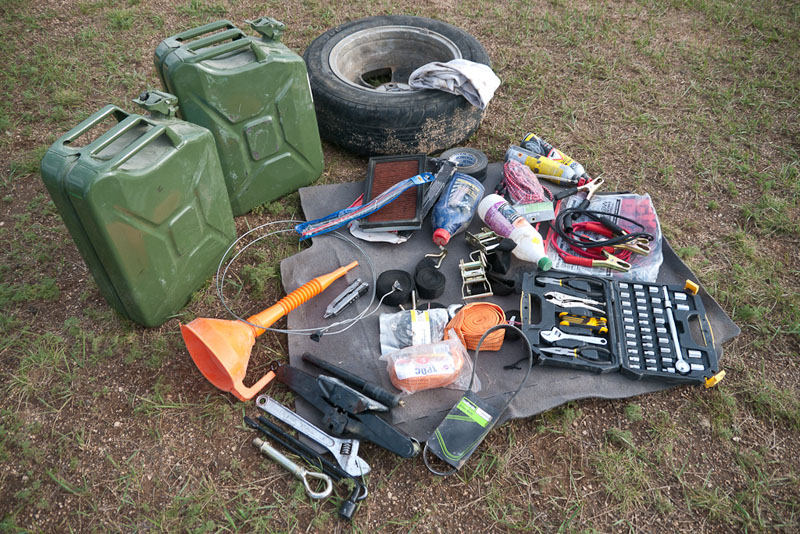 Our spare tire was going flat as well, so while we were at it, a kind truck driver pulled out his compressor and filled it up for us. It only had a small slow leak but it gave us peace of mind having it filled before leaving town. If we got a flat tire, at least we knew that we'd be able to make it to the next town.

And indeed we did get a flat tire the very next day!

A big thanks to our car sponsor AllwaysRentals for choosing a car that lasted through the elements. The entire idea of the Mongol Rally is to drive an inappropriate car all the way to Ulaanbaatar. Allways chose the best possible option with our Nissan Almera to do the job! If you are heading to New Zealand and need an affordable car or campervan rental, check them out! Campervan Rentals, New Zealand.

WebsiteFacebook
You are Here: Home » Mongol Rally » The Car Takes a Licking but it Keeps on Ticking