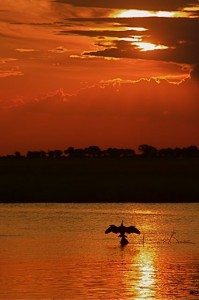 Yes, it was a very big week. 5 century's (100 mile days) in a row with a 207 km day smack dab in the middle of it all. It was surprisingly not too bad. The winds were co-operating and the road was flat, so we just put on our I Pods and peddled the days away.

Dave raced with the pack all week and put in great times. He has become quite the cyclist on this trip and Jos, Bent, Chris and Berndt have been teaching him a lot of tactics and giving him lots of advice. I ended up riding on my own. I was a little worried because I was warned that the cross and head winds could be rough, but I couldn' t find a pack that I was comfortable in.

I wanted to go fast but I am not fast enough for the main race pack. But I did OK coming in with times less than an hour behind them each day. Except for the 207km day when Jos put the hammer down and road alone in a time of 5:45. The rest of the guys took it easy after lunch and Dave even road with me the rest of the day. So we all did in a respectable 7 hours 15min. Give or take a few minutes for each person.

Let's Bike 207 km on the Elephant Highway in Botswana

We are entering Namibia and checked Botswana's Elephant Highway off the list. Lucky for us we went on the Chobe River Cruise to see lots of elephants and hippos because we didn't see anything on the road. Other people saw giraffes, elephants, zebras, but I managed to see nothing except for the beautiful horses roaming free.

At one time when I was all alone with not a car or rider in sight, I thought I saw a group of elephants. A baby on one side of the road with the rest on the other. I stopped afraid to go on because I didn't want to get too close and tried to figure out what to do. I flagged down some drivers and after the 4th try a truck finally stopped. I asked them about the animals up ahead and their reply was “Yes the cows?”

I laughed and told them that I thought they were elephants and I was afraid to ride through. They were very kind and followed me until I passed the cows anyway, just to be safe. I bet they will have a few laughs talking about the crazy tourist riding through a National Game Park on a bicycle that was afraid of some cows. So that was my elephant experience. 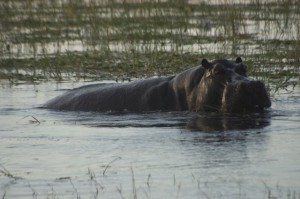 When I think about what we did, I think it is a little nuts. One lady told Dave and Bent Lions eat people in the morning. Other people were told by locals that they never go on that road because it is too dangerous, and here we were riding till our hearts content hoping to spot some wildlife. I think it was OK though, animals are smart and transports drive that highway, I don't think that they get too close.

Now the bush camps were another story. We were all a little nervous when we saw elephant dung in the areas that we were camping in. Lets hope that a herd of them don't decide to mosey on over to our camp one night. Nothing happened though and all we saw were some giant dung beetles.– 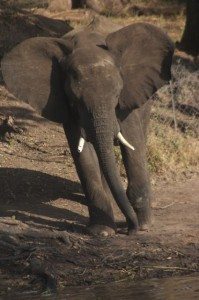 We are relaxing in Windhoek, Namibia for two very needed rest days. It is little Germany here. We have been eating like crazy and taking it easy at the mall. Everyone is pretty excited about there being a KFC here, but I have beeen craving a big mac. Unfortunately there is no McDonalds, so I am stuck waiting. Don't worry though, we are thoroughly gorging on everything in sight.

We had to buy a new digital camera. We brought 2 point and shoots as well as our SLR. Well, we lost one to the rough sands of Sudan. (Electronics are put through the ringer there) and we had one stolen in Lusaka, Malawi. It was pretty stupid of us to let it happen, we had our guard down. The good news is that it was also on its last legs.

The sand, rain mud and sweat had already put in on its last legs, so we weren't too upset. The only problem was that we had a hard time buying another one until now because most of our rest days land on a Sunday and everything is closed.

So, we unfortunately don't have many photos from Botswana because we can't carry (or better to say, we choose not to) our SLR with us on the bikes. But look out, we are going to go photo crazy for these last 2 week.–

Only 12 riding days and 1 rest day to go until Cape Town, and we are excited. 4 months is a long time to ride hard. We are going to travel around South Africa for a bit. We have to go to the wine region of course, that is a give in and we want to see the penguins. We also have yet to do a safari. Can you believe it. 4 months in Africa and no Lions, Zebras, Giraffes.

There is no way we are leaving this place without seeing the big 5. But, I think we are going to stop off at the Serengeti on the way home. We still feel bad about missing it when we were in Arusha, but climbing Kilimanjaro was priority number one. Your really need more than 2 weeks in Tanzania to see everything in that amazing country. For now though, we are going to be checking out Namibia. Talk to you in a few days.

Volunteering in Africa Changed My Life – Follow Your Dreams

A Life Changing Education on the Book Bus in Africa