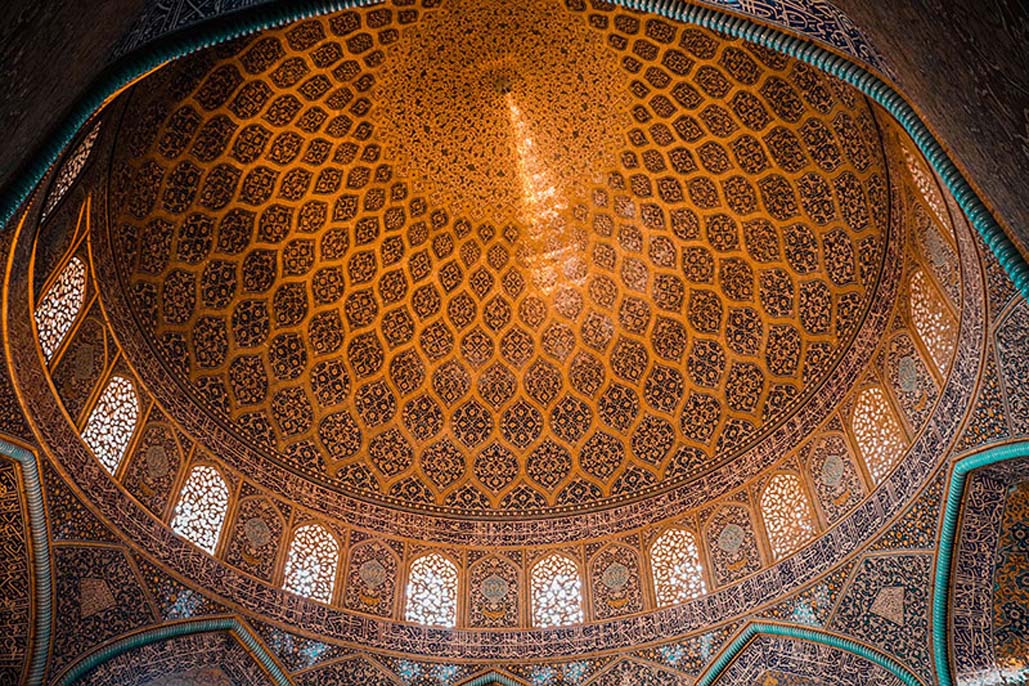 There is no dearth of historic places to visit in Iran.

Whether you’re traveling along the classic route or going off the beaten track, Iran’s history is bound to make an appearance on your journey.

The history of Iran goes as far as 4000 BC and some of the most famous places in Iran are its historic structures.

Most first-time visitors to Iran, plan their trip to Iran along the central route – covering the cities of Tehran, Isfahan, Shiraz, Yazd and sometimes Kerman.

It’s safe to say that Iran’s top tourist attractions are mostly located along this trail. But if you have some extra time, Khuzestan province in south-west Iran is where you’ll find some of the oldest settlements of Persia.

To guide you through a historic journey along Iran’s most famous cities, we’ve made of a list of must-visit historical attractions you should visit.

Historic places to visit in Iran in 10 days.

Persepolis is easily on top of the list of places to visit in Iran. It’s probably the most famous attraction in Iran that’s known around the world. And it’s also the reason many come to Iran in the first place.

Located around 60km from Shiraz, and dating back to 520 BC, Persepolis was once the glorious ceremonial capital of the Persian empire.

Persepolis was built and ruled by various Achaemenian kings during 150 years. But it’s most thriving period was at the time of Darius the Great.

Although sacked and set on fire by Alexandre, you’d be surprised to see how well Persepolis has been preserved.

Today you need a good 2 hours at least to discover the sight. We’d highly suggest getting there early in the morning or late in the afternoon.

There’s a reason they call this place a pattern of the world. European travelers such as Chardin have praised Esfahan and Naqsh-e Jahan Square in all sorts of ways.

When the Safavid court chose Esfahan as its capital in the 15th-16th century, Naqsh-e Jahan was planned to be the centerpiece.

Surrounded by two mosques, a palace, and the bazaar, the second largest square in the world is home to the jewels of the Safavid empire.

Go to the square on a summer evening and you’ll witness how it has become a popular picnic spot for local Esfahanis.

Grab yourself a saffron ice cream and join the crowds.

The old town of Yazd is surely the most famous place in Iran to go for a stroll. Give yourself a break from guide books and get lost in the finest adobe town of Iran.

There are mud-brick buildings with stunning courtyards, cozy rooftop cafes, roofed alleyways, and ancient wooden doors to be discovered.

Golestan palace in central Tehran is the best example of Qajar architecture in Iran. When the first Qajar king finally named Tehran as his capital in the 18th century, the construction of a residential palace took place.

The architecture of Golestan palace was very much inspired by the travels of Qajar kings to Europe, specifically Naser-o-Din Shah. The Shams-Al Emarat palace was considered Iran’s tallest building at the time.

Today the palace is a combination of different monuments and tickets are sold separately for each.

The colorful tile work in the garden and the stunning mirror work of the Hall of mirrors are a top highlight.

Shah Abbas I, gathered the finest architects and calligraphers to build this stunning royal mosque during his 25 years of reign. However, he never lived long enough to see it complete.

The Imam Mosque of Esfahan is the finest example of Safavid architecture. The exquisite tile work of its entrance draw visitors inside and then I promise it’s hard to leave.

Located right in the heart of the oldtown of Yazd, the tall blue and turquoise minarets of the Jameh Mosque are almost visible from every rooftop.

The Jameh Mosque of Yazd is home to the tallest minarets of all of the country and its tile work is one of the most famous in Iran.

Bathhouses in Iran were not only a place for one to clean his/her body but very much a social gathering. Men and women would spend hours in separate bathhouses interacting with one another.

Today many of these old bathhouses in Iran have been turned into museums or restaurants.

While the Ganj Ali Khan bathhouse of Kerman is the most complete form of an Iranian bathhouse, we find the Sultan Amir Ahmaad bathhouse in Kashan to be the most beautiful.

Make sure you head up to the roof for a great view of Kashan after your visit.

On your way to Persepolis, it’s a must to make a stop at Naqsh-e Rostam to see the Sassanid relief cuts and the huge tombs of 4 Achaemenian kings.

Carved into the rock are 4 chambers that are believed to be the tombs of Darius I, Darius II, Xerxes I and Artaxerxes I.

Located in Naqsh-e Jahan square and in front of Ali Qapoo palace is Sheikh Lotfollah mosque.

This mosque was designed for the women of Shah Abbas’s Harem and was not accessible to the public.

Today the interior of its double-shelled golden dome is one of the most photographed attractions of Iran. Interestingly, the mosque does not come with any minarets.

This is the most intagrammable place in Iran without a doubt. Head over to the mosque early in the morning and you’ll witness the colorful morning light dancing on the Persian carpets.

The mosque is well known for its striking pink dominant tile work, hence why it’s also called the Pink Mosque.

Make sure you check out the fine example of Muqqarnas in the outer portal.

Yazd is home to the biggest population of Zoroastrians in Iran and you’re ought to add at least one Zoroastrian attraction to your list of places to visit in Iran.

Soil is considered sacred according to Zoroastrian beliefs. So it was not to be contaminated with dead bodies. Ancient Zoroastrians took dead bodies to mountain tops where they would be exposed to the sun and scavenging birds.

Today the practice is forgotten but you can witness its location on the Tower of Silence in Yazd. The tower also gives a great view of the city.

The true meaning of an oasis resembles in the Shazdeh garden of Kerman. Located right in the middle of a barren desert is this beautiful garden with fountains and flowing qanat water.

Many locals come here for a picnic but the garden and its small Qajar palace are well worth a visit.

Among Esfahan’s top attractions are a few bridges. The Khajoo bridge built in about 1650 is the finest of them all.

Apart from the gorgeous architecture, the bridge is a gathering point for many of the locals. It’s common to find old men singing underneath the bridge around sunset.

Unfortunately, it’s been years since water has been flowing under the bridge all throughout the year.

Due to the drought, a dam was built and the water of the river is collected for drinking.

If you get lucky, you might see it flowing around springtime.

Built around 1860, the historic house of Tabatabai is one of the most beautiful mansions in Kashan.

Matin and Parsa, are an Iranian travel blogging couple behind Travestyle. They provide photo-heavy destination guides with a special focus on Iran.

Beirut – The Paris of the Middle East

16 Travel Scams Around the World and How to Avoid Them