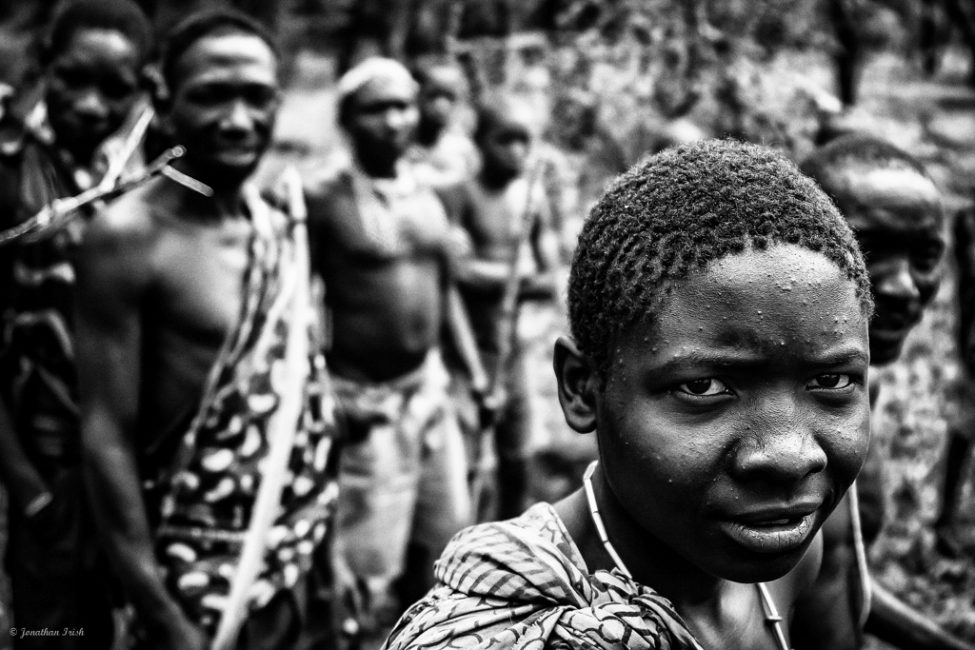 The Hadza, or Hadzabe, tribe are some of the last hunter-gatherer’s in Africa. Living near Lake Eyasi in central Tanzania, there are only about 1,000 of them left.

I had the chance to visit with them on my way back from Ngorongoro Crater, and it was an experience I won’t soon forget.

The Hadza Tribe of Tanzania

The first thing I saw when we entered their encampment was what looked like a bird’s nest on the ground.

This was their home. Made of sticks and twigs woven together and set on the ground. I next saw the men and boys of the tribe sitting around a fire, sharpening their arrows and strengthening their bows.

Apparently, the women were out gathering, and the males were preparing for the hunt.

We got to spend a few hours with them, and they were really reserved at first.

We decided to ask them who was the best shot with the bow and arrow, and that was all that was needed to turn the entire afternoon into a contest of bow and arrow shooting skills.

It was so fun to watch, and even take part in.

The younger boys were the most aggressive with their shooting, but by no means the best shot. The elder men would let the boys try and try again to hit the tree in the distance, and then would step up, pull back, lean into their bow with great concentration, and let fly a beautiful arrow right into the tree.

I wish I could have stayed longer and went on a hunt with them….I am not a fan on hunting, but something about them hunting for their food felt right and natural.

I heard that, up until 5 or 6 years ago, they weren't even cooking their food…simply eating it raw right were it fell.

Now, I’m told they build a fire and cook the meat for a minute or two, simply because someone told them they should, and not because they were worried about under-cooked food illness.

They must think the whole process is silly and a waste of time.

Think your life is hard sometimes? We really don’t know how easy we have it until we see these beautiful people living off the land.

It’s quite a powerful and humbling experience.

As a photographer, this was pure gold. I tried very hard to not focus on taking pictures and simply be in the moment with them, but the picture hound in me was twitching the entire time. Someday I will go back and spend a few days with them to not only learn more about them as a tribe, but also to take more photos. I like this one a lot, though…there’s a haunting look in the young boys eyes that takes me right back to that place and time.