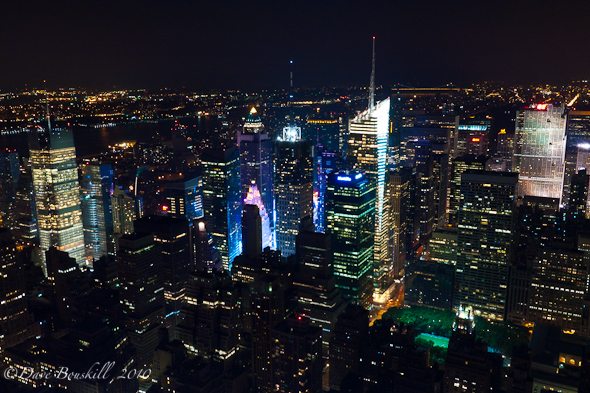 People are always surprised to hear that Dave and I have never been to New York.  It is only a 9-hour drive from Toronto and really, who hasn’t been to New York City? …Yours Truly Until Now!

Ok, I was here once when I was about 16, but that doesn’t really count.  There is nothing like experiencing the city that never sleeps as an adult.

We had always wondered what all the fuss was about when it came to New York.  I mean, it is just a city right. That is why we never bothered to take the trip here.  There are far more interesting places that we could go on earth. 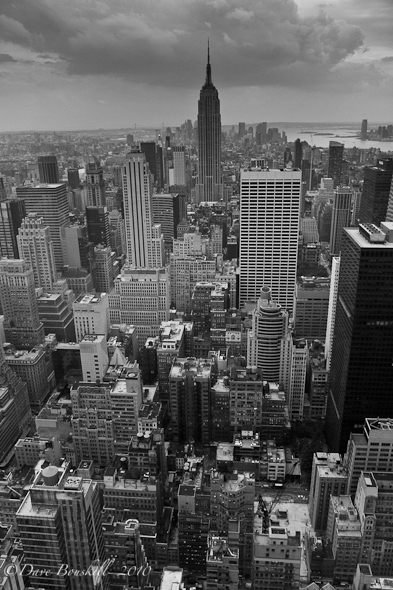 New York has to be the coolest city on the planet!

The energy is intoxicating and the sites are exciting and there is so much to do!  We walked around like a couple of kids checking out all the places that we heard about and dreamed about going to as children. 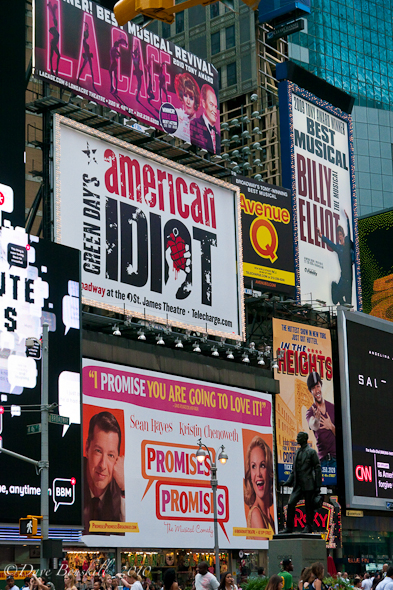 Theatre is alive and well in NYC!

For me, Broadway was a highlight. I majored in Music Theatre and always dreamed of having my name in lights on a marquee.  Theatre is alive and well in New York.

I couldn’t believe the amount of theatres. A person could go to a show every day of the month and still have plenty to choose from. 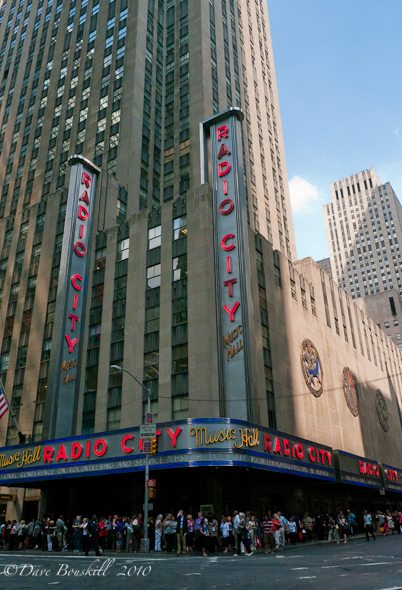 We were surprised with how close together all the main attractions are to each other. Radio City Music Hall is just down the road from The Ed Sullivan Theater where David Letterman shoots the Late Show daily.

The cast from Twilight was just arriving to the studio as we turned the corner. We missed their entrance, but the buzz on the street was quite exciting.

We took advantage of our CityPass which we highly recommend.  You get to jump to the front of the line and you save $65 on New Yorks most popular attractions.

With everything being so close to each other, we managed to walk around a lot of Manhattan and still visit MOMA.

The Museum of Modern Art is the most visited site in all of New York City.  I can see why.  It is filled with Impressionist art, modern art, and sculptures. 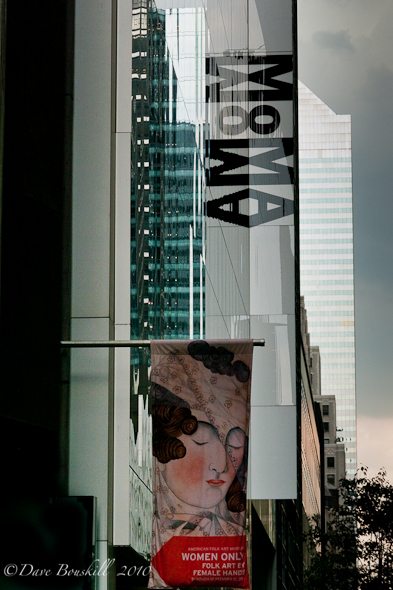 The Museum of Modern Art!

And it is laid out in a slick, modern building.  The crowds were a little overwhelming, but not so much that is was impossible to take in the art work. 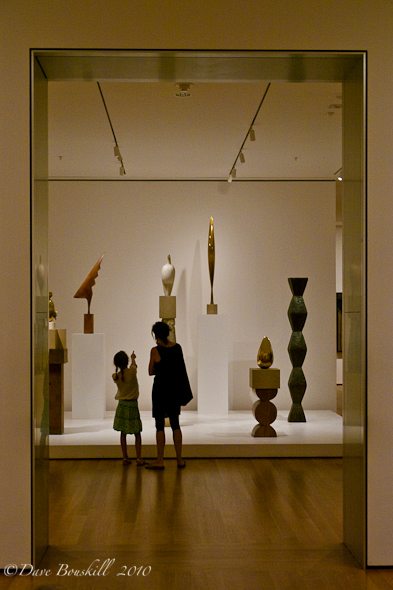 Lots to learn at MOMA!

Top of the Rock

Rockefeller Center has been ingrained in our psyches since we were knee high to a grasshopper.  We have watched the Christmas trees being raised there each year, we have seen people figure skate on the ice rink, we have watched movies take place at the Rock, but more importantly… We are huge fans of 30 Rock with Tina Fey. 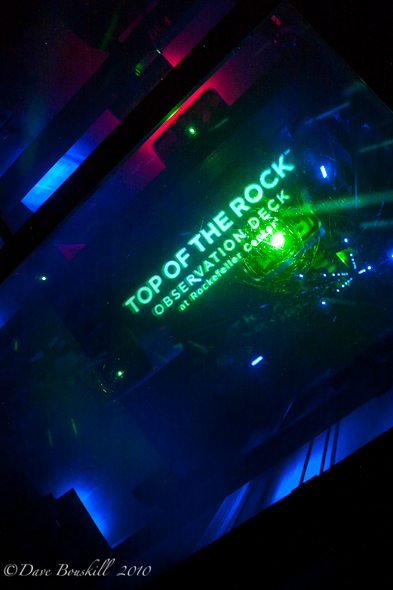 Heading up to the Top of The Rock!

How lucky are the people that get to go to work in this building each day?  Home to Saturday Night Live, and many other iconic TV Shows put out by NBC in New York, it is the place of dreams. 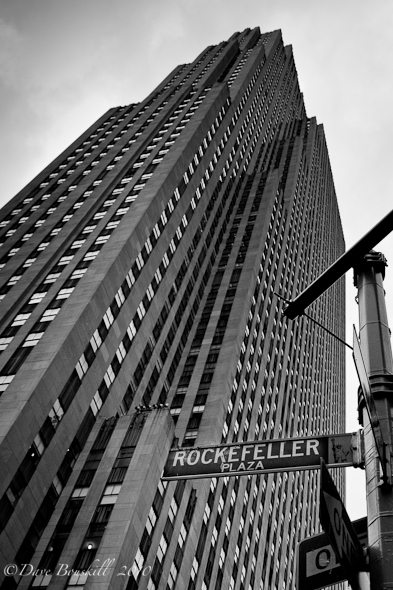 Our New York CityPass allowed us to go up to the viewing platform on the roof of the 88 floor.  After watching a short video on the history of Rockefeller Center we loaded into the elevator and were treated to a little light show and media display.

The roof offered amazing views of the city and if you go up to the top viewing platform, you can look out free of protective glass. 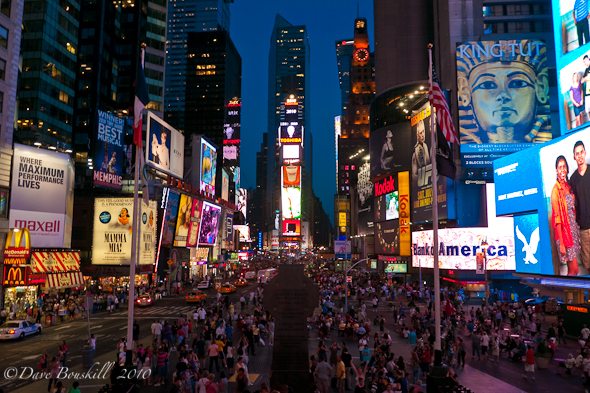 What city has a more famous square than New York City. Located at Broadway and 42nd street this is the square to end all squares.

It is surreal to step foot into the crowd of people as you are surrounded by giant LED screens playing ads and promoting New York.  It is alive with energy and side streets are filled with theatres galore.

Broadway songs played through my mind all day. 42nd Street, Broadway from Gypsy, New York New York from On the Town, I could relate every street, square or building to a song that I had sang years ago. 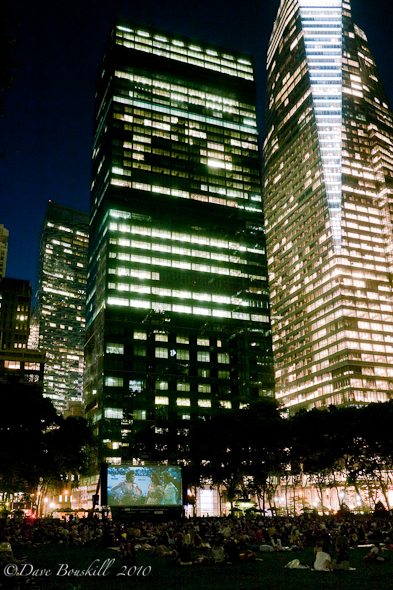 I have seen this park on many a movie.  People meet here at sunset to watch old movies as they sit on blankets. Carousel was playing tonight and Dave laughed as he looked over at me.

“You look like a little girl in wide eyed wonder,” He said.  I am a sucker for old movies and musicals are especially my weakness. It was very romantic.

This is the street that I have always thought of wealth and prosperity in New York.  5th Avenue is where the Easter Parade takes place. It is where the rich live and it is also on the way to the Empire State Building from Times Square.

A View of NYC from the Empire State Building!

We haven’t been there during the day, but after visiting it at night, I don’t think that there is a better time to see it.  The crowds are small and it is open until 2:00 am!

We skipped the small queue with our CityPass Tickets that included a free audio tour.  I cannot stress enough how great this tour was.

Narrated by Tony the Cabbie it gives a detailed and entertaining description of everything that you are looking at.

Once again old movies came to mind, Love Affair, An Affair to Remember and of course Sleepless in Seattle ran through my head.  I felt lucky to have the man I love up there with me. 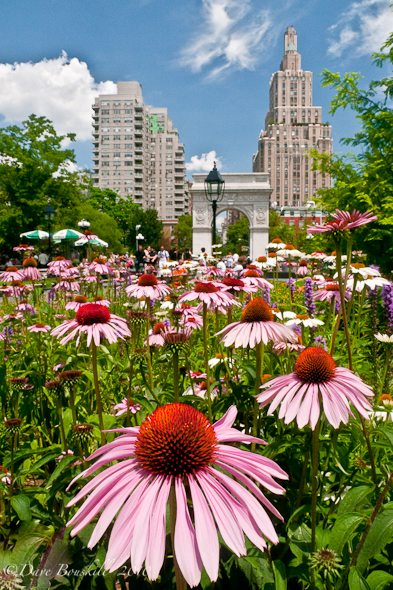 Looking back to 5th Ave from Washington Square Park!

It was a whirlwind day, but as you may have realized that is the way Dave and I like to travel.  When we hit a city, we just can’t get enough of seeing the sites.

Don’t worry, we settled down enough to enjoy lunch and dinner and we even managed to slip in some time for a coffee. I am sure that most people would need more time in MOMA, but we only needed a couple of hours so that helped us to jam a lot into the day.

It was long and it ended well into the wee hours of the morning, but we definitely made the most of our first day of sight seeing in New York, New York.

Three Perfect Hotels in Times Square for All Budgets and Needs