Scammed in Morocco – A Tale of Buying Carpets in Fez

There is a lot to say about Morocco, the guidebooks do a good job of filling you in on how to get there, where to stay, what to eat and see, and generally most of what they tell you is true. But what they don’t stress enough is how easy it is to be scammed in Morocco, especially by the carpet sellers of Fes.

Scammed in Morocco, A Tale of Two Carpets

Although we spent time in Marrakesh, Meknes, Casablanca, Rabat and Tangier, all with their own brand of charm and interest, it is to Fes that I would return.

For it was in Fès where I had the unique experience of seeing a people who were in complete harmony with today’s modernity and their historical and cultural past.

Getting to Fès, the second largest city in Morocco, can be a long but interesting journey.

The roads have been newly paved, so it’s a comfortable ride where you can see the fertile countryside, the many ragtag villages and towns, and the people who watch impassively as you speed by.

“Fès, Morocco: This morning I was crushed by throngs of people carrying bags full of groceries, assaulted by smells I could never describe, stepped in several kinds of poo, almost fell into an open pit, had my foot stepped on by a donkey, cried silent tears when I saw the horrific working conditions of the leather tanners, had one of the most  frightening and expensive experiences of my life, and can say without a doubt that I (mostly) loved every minute of it.

The medina in Fès, the oldest in the world, is a living, breathing, labyrinth of a city, enclosed by a wall which limits its physical size but not apparently its population because 500,000 people live within this space.As well as all those people there are mosques, churches, schools, and 90,000 businesses selling everything imaginable and more.  The aisles or streets running through the medina range in width from 2 – 6 ft, and you have to share this space with people, donkeys, mules, wheelbarrows, motorbikes, and anything else brave enough to venture forth.”

My Carpet Experience in Fes

It’s interesting that I don’t mention anything further about that “frightening and expensive experience”, and upon reflection, I think it was just too intense and overwhelming to write about it so soon after it happened.

When you arrive in Morocco you know you must leave your Western ways and assumed certainties behind, but no matter how prepared you think you are, nothing prepares you for the carpet sellers.

Abdul, our tour guide, a pleasant, knowledgeable guy, seemed very western to us, despite wearing a traditional djellaba (caftan) and bernousse (cap).

As he guided us through the medina he gave us a little history lesson and we learned that the narrow, labyrinth street design was a defence against enemy invaders  — anyone entering the medina did so at the risk of never finding their way out.

As is typical in Morocco, exteriors are plain beyond simple and belie the sumptuous and beautiful interiors — a metaphor for the Muslin belief that all beauty lies within.

But still, it was a surprise when Abdul led us through a very small door and we found ourselves in a large room with a gorgeous skylight, its walls covered floor to ceiling with carpets.  Within two strides of our entering the room we are introduced to Mohamed, who seemed to appear from nowhere.

In one complete breathe, he asks – “Where are you from?  Do you like Morocco? What are your names?,  he gives orders to the ceiling for mint tea,  and he yells something to the walls in Arabic.  In 4 seconds two people arrive and simultaneously throw carpets at our feet – a cacophony of colour unfurling before our eyes.

Buying a Carpet in Morocco

Mohamed scoops up one of the carpets and brings it to my face,  “Can you see the detail in this carpet?

Four women worked on this carpet at the same time.

Look! Look at the stitching, one woman went blind while making this carpet.

By this time we are surrounded by no less than six people, one person is guiding us to walk on the carpets, someone else is serving us tea, two people are continuously throwing carpets at our feet.

Mohamed is IN MY FACE repeating over and over the value and provenance of the carpets, and Abdul, all pretense of westernism tossed aside, is speaking into my ear – “How much do you want to pay?  4000?  3000? You can trust these people, they have the best carpets in Morocco!!”

Then I am separated from Frank who is immediately engulfed by his own team of carpet sellers.

Without missing a beat, Mohamed pushes the carpet back up into my face – “Look at the stitches, look at the colours.

The four women who made this carpet support eight families, LOOK AT THE STITCHES every one made by hand!!

THE WOMEN, THEY GO BLIND MAKING THESE CARPETS!!  And Abdul keeps repeating into my ear – “Buy two carpets, you’ll get a better deal, two is better, yes, two!”

From the high of 6000 Euros for one carpet, we are haggling over 1000 Euros for two.  Mohamed retrieves Frank who is dragged forward and asked, “What is wrong with your wife, how can I sell two carpets for 1000 Euros.

It has to be 2000 – I am beggaring myself, think of the blind women, 2000 it must be.”  Frank and I look at each other, acknowledging that we should just give in, so he nods his head in assent and is immediately whisked off by Mohamed to pay.

Stuck with an Overpriced Carpet

Within seconds, someone we have not seen before takes over the circus and with one flick of his hand, two young men emerge with lengths of rope in their hands.  I’m thinking, “OMG! They’re going to tie me up.”

Our two carpets, both approximately 3ft x 10ft, are expertly rolled and tied up into two 10” x 20” packages by the rope guys.

Again, a flick of the wrist and an old man with a large black marker in his hand appears.  He politely asks my name and writes it on the packages in perfect calligraphy.

And it came to me that Mohamed’s ancestors probably sold carpets along the Silk Road, and that every person in the room was part of his tribe including Abdul.

Their actions were so practiced, precise and aggressive.  Nothing in my past experience prepared me for this onslaught, at one point I feared we would never escape, we would be lost forever in the medina – and possibly thrown down a pit to join the skeletons of those long dead invaders.

How it all ended

We ended up paying 4000 Euros or $6000 Cnd for two carpets, — it turns out it was 2000 Euros per carpet that Mohamed beggared himself for — and we comforted ourselves with the knowledge we improved the lives of a thousand Moroccans. (I wish)

And as the months and the sting of spending $6000 have passed by, whenever we walk on our gorgeous Moroccan carpets, we are filled with nostalgia for more travel.

Do you have a tale to tell where you greatly overpaid for a product on your travels? Have you ever had a scary situation where you felt out of control? Share your stories with us. 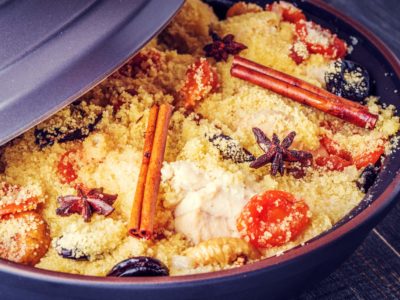 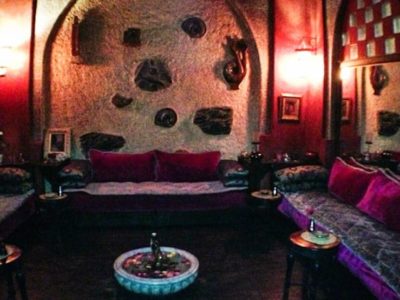 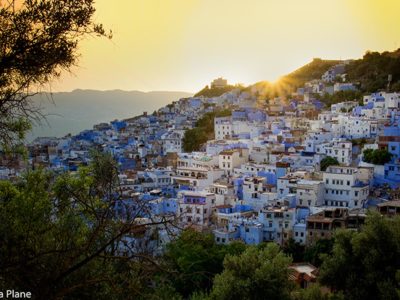