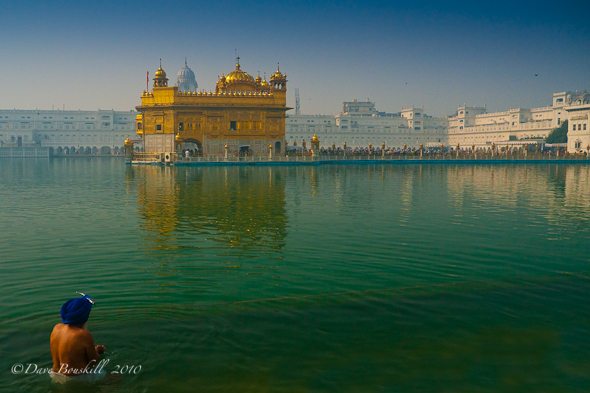 Dave and I have a hard and fast rule when traveling.  We never give money to beggars. But the sheer amount of beggars in India can feel overwhelming. How can you as a traveler ignore it?

We feel that giving to beggars only contributes to a begging society. That giving money to people perpetuates the problem. If tourists keep giving people money just because they ask, how will they ever have the ambition to try to make a better life for themselves?

But,  how can a person not give to a man that is crawling on the ground because his legs are paralyzed, or give to an old man with a deformed foot limping through the streets, or offer some comfort to a blind man singing on a train? We didn’t give to any of these men when they asked and I regret my actions.

I stuck to my rule but felt that it was the wrong decision.

Beggars in India and the Guilt of Travel

I know that as we travel through India we are going to see this on a more regular basis and I know that we can’t be giving everyone handouts.  It is only a band-aid solution and would not really change their lives.

Varkala differs from much of India

It was easier in Varkala there were very few beggars and people seemed to be doing well.  It is not as crowded as the rest of India and it only became more difficult as the trip went on.

Varkala is located in Kerala, India’s most successful province. It has a high literacy rate, little corruption, low population growth (compared to the rest of India) and it is thriving.

We hadn’t had to face the crowds of Mumbai or Delhi yet.

In Varkala when the odd beggar comes along, I think that it has even more of an impact that massive amounts of people suffering.  Individually, we can sympathize and feel the need to help.

When we reach the larger cities and see the begging problem en masse we have a nice little switch in our human minds that can easily turn off and look away.

Helping or easing own guilt?

If I gave them money, would my 50 or 100 rupees really make a difference to them or would it merely help to ease my conscience allowing me to go on with my day guilt free?

At the same time, who couldn’t use a few extra Rupees?

Tomorrow, I know that I will see these men again at the waterfront and I am wrestling with the idea of going ahead and giving them some cash.  On one hand, who couldn’t use a few extra rupees, on the other is getting money from begging a positive thing? Yet do these men with disabilities have any other options?  But how many people can I give money too.  I can’t go on forever and give Rupees to every suffering person that I see.

In Canada, these men could easily get help if they wanted it.  Can they get help here in India? Probably not. Do companies hire disabled people here? I highly doubt it.  Begging is probably the only source of income available to these people. What is the best way to help those in need in India?  What really works? What gets stuck in bureaucratic paperwork? Where does the money go? Who does it help? How can we help?  This is something I intend to find out.

Stick by our own Rule: We  do not give

I honestly don’t have a problem not giving money to beggars that are fit to work and I don’t give anything to children. We have been told by several people to stock up on pens before we venture out.  I saw the mess that pens and “bon bons” made of the children in Ethiopia and we are not going to contribute that way either.  Just because a child isn’t asking for money, but demanding a pen doesn’t make things better.

Give to People with Disabilities?

However, my heart breaks when a person with leprosy approaches to ask for money or when an old man wants some change.  I really feel that they don’t have any other choices. And yet, I still do not give.  I feel helpless and as I shed a tear, I curse myself. Just because I cry, it still doesn’t make any difference.  Other people that have no problem ignoring them may seem more heartless, but neither one of us did anything to help.  I can cry all I want out of guilt or empathy, but the truth is, I am not doing anything and that man with the paralyzed legs will continue to crawl along the hard ground pulling his lifeless stumps behind him.

It is going to be difficult traveling India and seeing all of the poverty.  We need to find ways to deal with it and enjoy ourselves while knowing at the same time we are doing the best for the people that we can and we haven’t even started yet.  We have seen difficult situations in Burma, Cambodia and Ethiopia before, in these countries we witnessed deep suffering.  It was hard then, it is hard now.  I don’t think that it gets any easier watching people suffer.