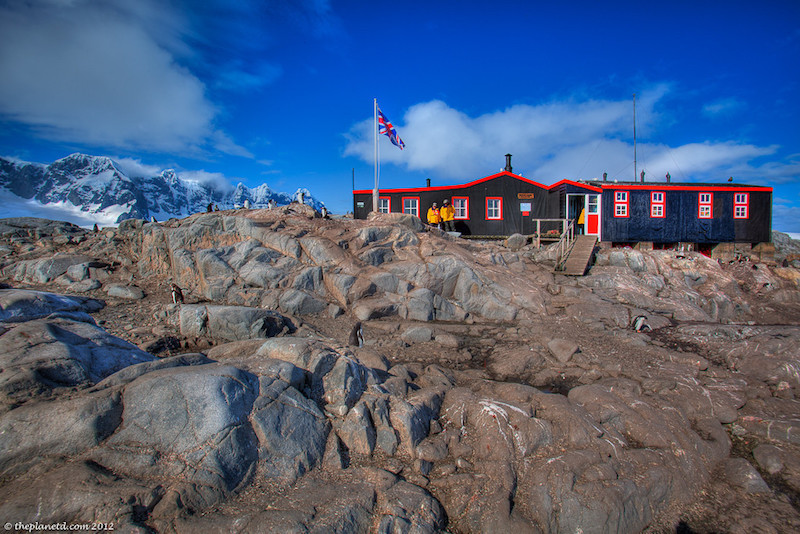 It seems that everyone is trying to lay claim to the continent of Antarctica. The British did it by opening a post office in the Antarctic. If there’s a government agency, they must have some right to it, right?

Chile: We were told that Chile sent a newlywed couple to conceive a child in Antarctica in 1978 to legitimize their claim to the continent.

Argentina: was not impressed by this event so they sent a pregnant woman to give birth to her child in Antarctica, thus being the first citizen of the seventh continent.

United Kingdom: So, what did the British do to make their claim stronger? They opened a post office.

The babies were already born, so a governmental body made sense to be the next natural progression.

People swarm to Port Lockroy to send a postcard home to their loved ones and explore the museum which used to be an old British Outpost.

Expedition ships stop at Port Lockroy regularly allowing passengers to send a postcard and buy a few souvenirs from the continent.

It is also a museum set up exactly as it was during early days of Antarctic researching at Port Lockroy.

The base is now a historic site for people to explore and get a glimpse as to what life was like for researchers and whalers living in Antarctica during the 1940’s to the 1960’s.

The kitchen was left as is, there are bunks and barracks and even the old radio room is intact.

The researchers kept their favourite movie stars and bombshells close to their hearts and painted their images on the walls.

The post office and outpost is also home to a penguin colony who decided to join the researchers after they arrived.