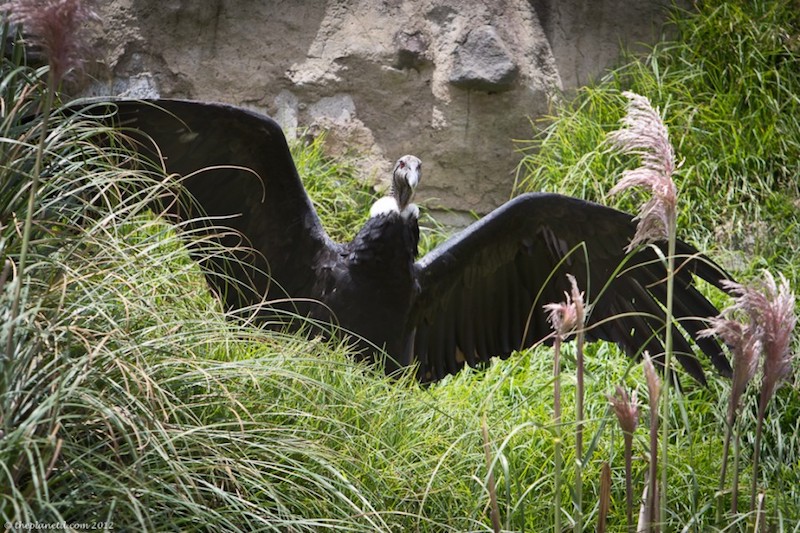 When Lindsay emailed us to see if we would like to take part in a tour of Quito Ecuador, we weren't sure if we would take her up on the offer.

We'd already walked through the city and visited many sites in the old town. We've never been huge on joining city tours because we find that we love to explore a place on our own. But then we looked at the Urban Adventure options.

Have you ever met a Condor Face to Face?

The thing about Urban Adventures is that they offer unique tours unlike many other companies. I know that the UB in Toronto has some awesome choice like “Beer Makes History Better” Who wouldn't want to take part in that tour?

So when we perused our Quito City Tour choices we opted for the Condors Dream in Otavalo. 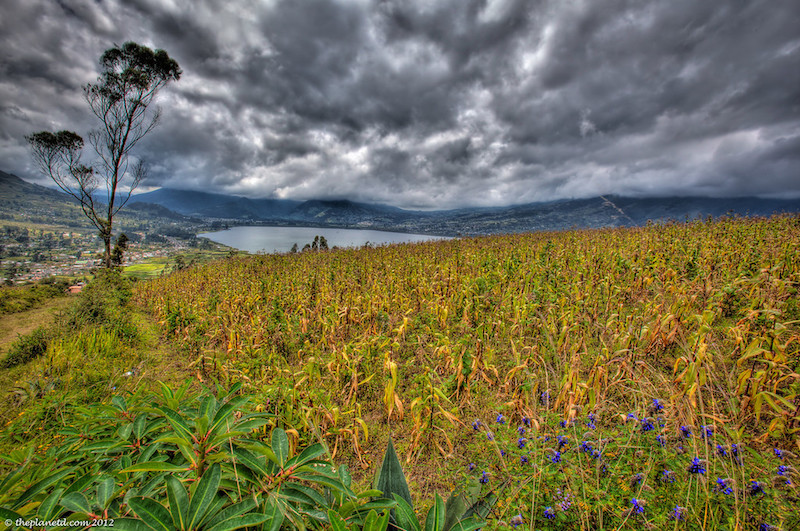 We walked over to their office and joined our guide Jose and a fellow traveler from Canada for a ride in a snazzy new 4X4. Comfortably tucked in, we started our drive out to the countryside.

It was an amazing way to see the city. We also didn't realize just how large Quito was. We had spent our time walking between the tourist area and the old town and this tour allowed us to see another part of the city.

With an elevation of 2800 meters, we knew we were feeling the altitude, but it wasn't until we started our descent into the valleys below that we actually could comprehend the scope of this city built high in the Andes Mountains.

It literally is built on the top of a mountain and as we made our way down through the suburbs turning on switchback after switchback, we could understand why it was the first World Heritage Site.

It was a couple of hours to make our way to the condor sanctuary but our time was occupied by stopping at the Equator, grabbing a bite to eat and taking in the views of San Pablo Lake.

The highlight of the day however was our visit to the Condor Sanctuary. Condors are endangered in Ecuador this sanctuary is a centre for not only condors, but hawks, eagles and owls just to name a few. Most of the birds are rescued from illegal trafficking, poachers and injuries.

One hawk that presenters used during the show was found on the side of the road with its wings clipped. Never able to fly long distances again, it lives out its life at the sanctuary and comes out for shows to educate and fly around for a little bit.

As for the condors and many birds, they have a wonderful habitat in large enclosures allowing them to live a life in comfort.

There are demonstrations throughout the day where a guide comes out with various species. They are obviously happy because the bird trainer lets them out for a flight each day.

Some of them refused to come back when he called and kept on flying throughout the entire demonstration. He didn't seem to be worried though, he joked, “they always come back.”  They know where the food is and really, most of these birds are so tame now, they could never survive in the wild. 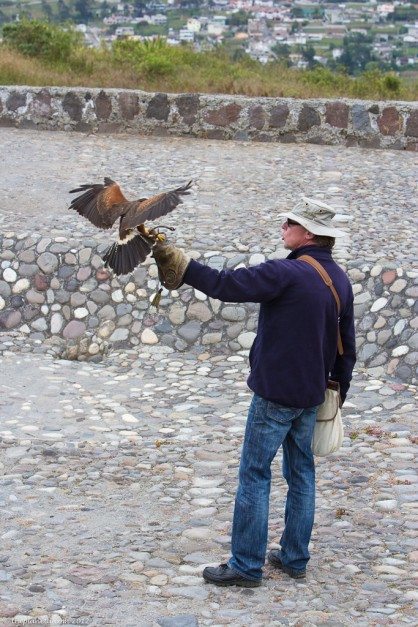 We were troubled with some of the birds that performed in the show though. After the demonstration we took a walk to look at the birds in the sanctuary. We were surprised that the big predator birds didn't have a large enclosure like the rest of the birds living in the compound.

They were all hooked up to chains on a pole that only allowed them to walk back and forth from their shelter. I felt sad that they didn't have a large perch to stand on. 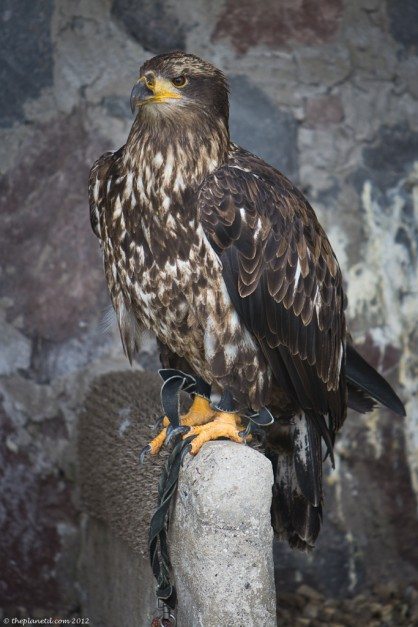 It was odd to me because the condors and owls and other predatory birds had high perches in huge enclosures. Our guide couldn't answer why a handful of birds were stuck on the ground as if put on display in a museum.

Whatever the case, there must be a reason because so many other birds seem to have it so good while the real show stopper types like the bald eagle and the huge hawks had to sit on a low perch looking at each other in a circle. It was very disturbing. 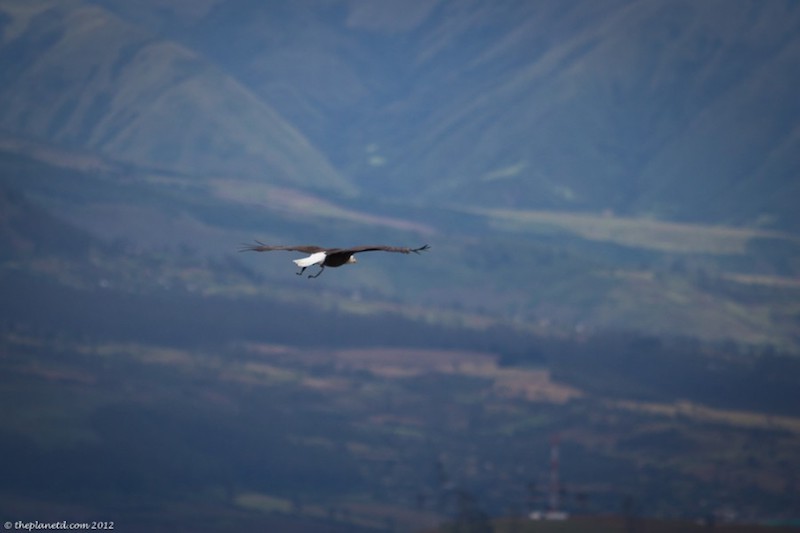 Now you have to remember, these birds are all either rescued from poachers and smugglers or animals that were found injured in the wild and nursed back to health, so the sanctuary really is doing good and they must have their reasons for the big birds being chained and only being allowed to have a low perch.

The workers seemed to really love their birds and the facility is doing an excellent job educating the public on animal health.

People used to kill condors regularly thinking that they were pests who killed their livestock. Condors are vultures, not predators and it was a common misconception that they were eating farming animals.

Sadly, this misconception nearly wiped out this glorious bird that can soar thousands of meters into the air and ride the waves only to come down occasionally to feed.

I look forward to spying one in the wild. It's a rare sight, but they are slowly coming back.

Take your own Urban Adventure in any city around the world. Use our exclusive discount code for a whopping 20% off your own adventure in either your hometown or the next city you visit. Coupon Code: PLANETD12

Everything You Need to Know About Visiting the Bolivian Amazon

Top 5 Must See Cities in Colombia

WebsiteFacebook
You are Here: Home » Responsible Travel » Have you ever met a Condor Face to Face?