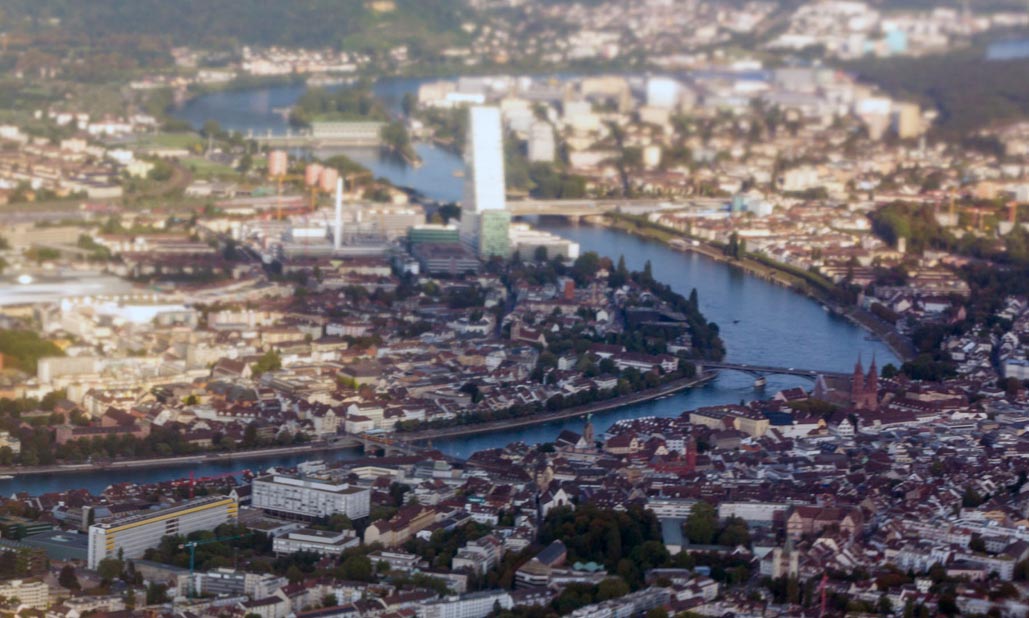 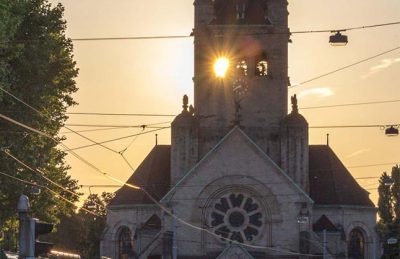 Travel writer Ben Kepka shares his picks for 7 of the best things to do in Basel Switzerland after spending two years in the city.

If you find yourself in Switzerland and enjoy mixing history with contemporary culture, fun, and entertainment, you should visit Basel.

Its history dates back thousands of years to the Celtic and Roman times. It really became a cultural hub during the middle ages when a university was built in 1460.

7 Things to do in Basel Switzerland

I was lucky enough to spend almost 2 years living and working in Basel.

It’s just 10 minutes away from the border with France and Germany and built alongside the Rhine River. A great spot to live!

So, I put together a small guide of things to do in Basel, Switzerland so you don’t miss out on anything which this amazing city has to offer.

1. Float Down the Rhine

In the summer, you’ll be surprised to see how many locals enjoy the Rhine river to relax and have fun.

You’ll notice a stream of bobbing heads among the many ferries.

If you’re a *good* swimmer, you should take a dip in the Rhine and join the legions of locals!

The Baselers use the current of the river to float downstream.

But what are those blue bags? I asked one of the locals and found out they’re called Wickelfisch.

Every person in Basel has one in their apartment.

They’re waterproof and help store your valuables while you’re floating down the river or when you’re cycling in the rain.

You can buy a Wickelfisch from the many small shops next to the river. Don’t leave Basel without one!

2. Drink the spring water – Fountains all through Basel (and Switzerland)

Basel has around 300 fountains with many illustrating figures such as the basilisk.

The Basel Journal calls it the city of fountains, and for good reason.

You shouldn’t worry about drinking the water in Basel (or anywhere in Switzerland), it’s clean and fresh.

You’ll notice two metal bars fitted across the diameter of the fountains which would help support the buckets used by locals to collect water.

That’s when no plumbing was available.

Today, you can use the fountains whenever your drink bottle is low or you need a sip while jogging.

I was fascinated to see all the Basilisk fountains on the right side of the Rhine which interestingly enough are all pointing towards the river.

Why? It’s so that when you take pictures of the fountains, the mythological bird is looking straight at you and you can capture the city in the background.

You’d think that visiting three countries in one day would be an unbelievably difficult undertaking.

In Basel, it’s a daily occurrence for many residents. If you’re in Basel, you should take a trip to Dreiländereck.

A monument indicating the intersection of Germany’s, France’s and Switzerland’s borders along the Rhine River.

Although the Schengen agreement doesn’t require that you carry your passport to cross the borders, if you’re not from the EU, it’s a good idea to have it on you when walking across borders.

Sometimes there are police making random stops, but this is rare.

You can take a tram to Saint-Louise in Alsace and enjoy a relaxing afternoon walking through the Petite Camargue Alsacienne park.

Or, you can hop on a tram to Weil am Rhein where you can visit the Tri-Countries Bridge and the Vitra Design Museum.

It’s the place to be if you’re visiting during February or March.

It kicks off in the historic center of Basel at exactly 4 AM on Monday morning.

All city lights are turned off and the festivities begin.

You’ll see thousands of costumes and masks parading across the city for 3 days.

This Unesco heritage event is more of a Protestant manifestation than a Catholic tradition.

You’ll have fun watching how the Fasnachtiers which follow two ring routes, one clockwise and the other counterclockwise.

They throw confetti over the crowds while handing out candy and other delicious treats.

It is the one time of the year you’ll see the traditionally organized Swiss go absolutely crazy!

To really enjoy what Basel has to offer, you should visit the old city on foot. So many fantastic sites close to each other are easy to miss when you’re in a car or cycling.

The Basler Munster Cathedral captures the sole of the city through its twin towers and red sandstone walls.

You’ll see the same architectural style when you visit the City Hall which is over half a century old.

The beautiful drawings, its red façade, and the tower reflect the historical richness of Basel.

Next to the City Hall, you’ll find Marktplatz where locals sell fresh fruit and vegetables. You can visit the many shops and boutiques in the Old City which is built on two hills along the Rhine River.

You can check out here the other amazing places which are worthwhile visiting in Basel.

6. Take A Trip To the Roman Ruins

If you don’t mind venturing out of Basel a bit, you should visit the Augusta Aurica open-air museum which is situated on the southern bank of the Rhine and only 20 km away from Basel.

These magical Roman ruins include the Temple, the Gravestone from Cirencester, the amphitheater and the Basilica.

Excavations have shed light upon the Roman roots of Basel.

When I visited the Roman Museum I was overwhelmed by the reconstruction of a Roman house and the silver treasure of Kaiseraugst which is thought to have been owned by a Roman commander.

Seeing ancient Roman aqueducts that are caked in calcium from years of use is a truly humbling experience.

If you’re visiting Basel during November/ December you should take a walk around the magnificent Christmas Markets at Barfüsserplatz, Münsterplatz, and Claraplatz.

Barfusserplatz is the largest of the three and its where about 140 merchants in decorated small chalets sell Christmas goods and seasonal delights. Although it’s tightly packed, the market is sublime.

The Munsterplatz holds around 40 stalls set out in a larger area so it’s easier to navigate through.

You can also enjoy amazing sights of the Rhine River and the Gothic Basel Minster.

The smallest Basel Christmas Market Is the Claraplatz in Kleinbasel. However, it’s worthwhile visiting.

Due to its proximity to other countries, the best way to visit Basel is to book a hotel across the border, in Germany.

The accommodation rates are around half of what you’ll find in Switzerland.

From here, you can simply hop onto the Number 8 tram which will take you straight to the center of Basel.

Well, for starters you’ll enjoy the wonderful experiences offered by the Rhine River.

You’ll get to visit marvelous sites throughout the city including the Basel Cathedral, The City Hall, the fountains, the Christmas markets and beautiful small boutiques in the Old City.

Let’s not forget about the magical three-day Carnival.

Basel will always hold a special place in my heart.

Every year I return to swim in the Rhein, join in on Fasnacht and drink some mulled wine at the Christmas markets.

If you have any questions about Basel or need any advice on planning your journey, leave me a message in the comments below or you can contact me at Cultured Kiwi! 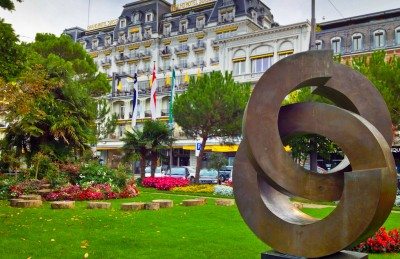 Montreux and its Musical Legacy 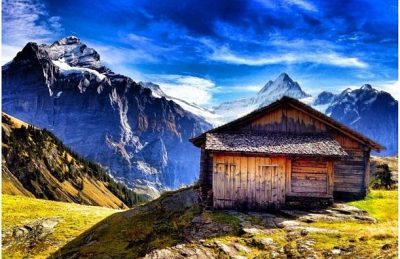 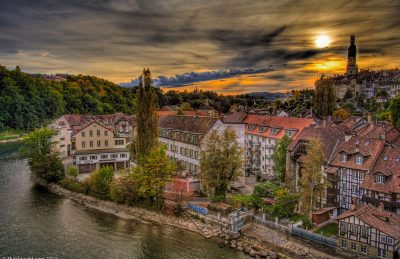 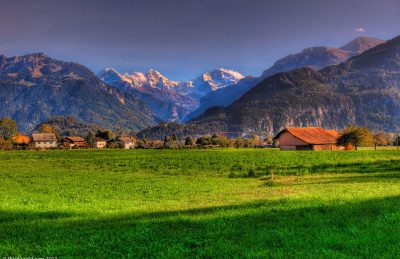 Unique and Crazy Things to do in Switzerland

If you enjoyed this article about things to do in Basel be sure to Pin to Pinterest for future reference.

Ben is a travel photographer and filmmaker, from New Zealand, now living the nomad lifestyle in Europe. He has partnered with outlets like Lonely Planet and Stuff.co.nz just to name a few. If you are planning a trip to New Zealand and have any questions feel free to contact me at Cultured Kiwi.