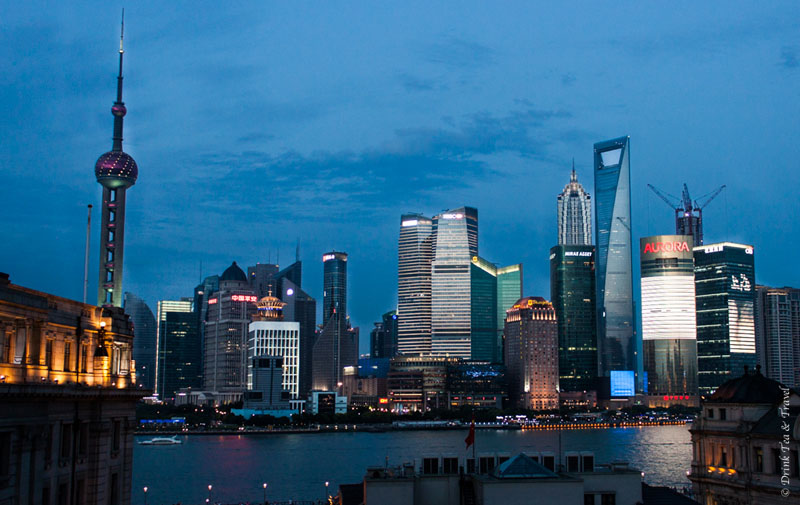 I will never forget my first day in China. As I stepped outside my hotel room for the very first time, I was hit by a wave of hot humid air.

I questioned whether going outside was a good idea, but I was starving, so I decided to push through.

Luckily, I didn’t have to walk far.

There was a selection of 4-5 different restaurants, just 300m away from the hotel, all of which seemed perfectly suitable for a quick bite to eat.

I didn’t have time to sit down and dine in style, so I opted for take-away.

My knowledge of Mandarin at the time was zero, but I knew to look up the word for “take away” in a dictionary before heading out the door.

I walked into a restaurant first and tried my luck with English.

“Do you speak English?”, I said to a young, attractive, 5ft tall girl at the counter. She looked at me with no change of expression on her face.

I started frantically gesturing at food and bags, trying to mime “I want to take food with me to go”.

“Da bao“ (take away in Mandarin) I kept repeating while pointing at the food.

The second girl had joined the first girl and they were now both pointing at me, talking in Mandarin, and laughing.

I felt myself blushing. This was embarrassing. I hung my head in shame and walked down the street to another restaurant.

Despite my best efforts, the outcome was the same. And the restaurant after that. No luck!

No one seemed to understand what I was trying to say.

I was frustrated, I was upset, and I was fed up…but I still wasn’t fed (pun intended)! I opted for the last resort: Chinese KFC.

I pointed at some photos on the menu and in a few minutes a cup of deep-fried chicken pieces appeared in front of me. Finally!

The next morning I was sick with food poisoning.

I spent the next 2 days between my bed and my toilet, questioning whether moving to Shanghai was the biggest mistake of my life.

I could say that I chalked those days up to experience and went on living my amazing life in China, but that wouldn’t be true. Every day in China, I was faced with yet another challenge.

Every day was a new struggle  adventure, one that often took me from excited to desperate in a span of just a few hours.

At times I really hated China!

At first, the language barrier was the biggest source of my frustrations!

I was told it was possible to get by in Shanghai without Mandarin.

I was to stick to touristy areas, go to Western shops, restaurants and clubs, and hang out with other expats.

After all, this was exactly how many other expats had survived in Shanghai for years!

I tried to follow their advice in the first few weeks, but I quickly realized that it wasn’t going to work.

Once I was settled in, I started to need want more! I wanted to explore local areas, eat all sorts of weird and new dishes at hole-in-the-wall restaurants, and discover the city beyond the major sights and tourist attractions.

I soon realized that in a society that was so different from North America, the ability to speak the local language was essential!

So I signed up for private Mandarin classes.

In just a few months, I was able order food, get around, go shopping, keep up a basic conversation, and feel like a self-sufficient member of society.

It made the world of a difference!

Equipped with the basic knowledge of Mandarin, I became more curious and adventurous, pushing myself to explore Shanghai beyond the tourist sights and expat hangout areas.

When I finally gave up taxis and discovered the world of public transport, I was faced with what later became one of my biggest

China pet peeves: THE QUEUES …or rather the complete lack thereof.

Everyone seemed civilized and polite when they stood in 2 perfect lines awaiting the train arrival, but the second the train stopped at the platform, all manners would go out the window.

If you didn’t push and shove your way into the train without letting the others exist first, you’d get trampled over by the crowd.

For the longest time I couldn’t get over how rude Chinese were, but with time, I learned that this and many other differences were just a part of their culture.

I wasn’t going to change their ways, so I had to adapt mine.

There were numerous other Chinese habits that I didn’t enjoy.

There was that time when I saw a mother prop up her child, so he could proceed to defecate on the side of the street.

That quickly taught me to avoid children who wore crotchless pants and the sides of the streets where the aforementioned defecations would tend to occur.

Then there were times when I would slip on giant spits on the sparkly floors of the, otherwise, completely pristine Shopping Malls.

It was a gross way to learn that Chinese spat everywhere.

Some believed it was unhealthy to swallow phlegm, but most just admitted to the fact that it was part of their culture.

No one ever told them that it was rude and socially unaccepted.

So they continued to spit and I tried my best to avoid being spat on.

The excessive smoking in public areas, the loud conversations, the complete disregard of road rules, the starring, the pointing, and the “laowai” labelling  (the slang term for foreigner) didn’t make it easy to love Shanghai.

But despite all of that, I still did!

A few months after my arrival, I rented an apartment that I shared with an American drama student and a Chinese IT developer.

We bought kitchen wares, linens, adopted a kitten and called it our home.

We hired an “ayi” (literally translated as auntie a.k.a maid) that helped us clean the house and cooked the most incredible meals for the price of just a few dollars.

I loved ayi. Not because she eliminated the house chores, but because she helped me experience Chinese food culture.

But it wasn't just ayi's cooking that I loved.

Eating in Shanghai was an affair of its own.

Between hundreds of amazing (and easy on the wallet) restaurants with cuisine from all over the world, small hole-in-the-wall Chinese diners, and mouth-watering street food, there was never a shortage of great eats.

For me, no other food scene will ever compare to the food scene in Shanghai. (Bold statement, I know!)

I used to love spending my weekends roaming around Shanghai. I was living and working there, but I felt like I was still a backpacker.

It was one of my favourite things about Shanghai. I could spend my week working 9-5 and living a regular life, and my weekends roaming around small hidden alleyways in the city, where life couldn’t feel any more different from my 9-5 routine.

And when Shanghai wasn’t enough, it was easy to getaway. There was that time I spent a weekend trekking through Huangshan Mountains, pretending that I was Neytiri, living in Pandora, or the time I took an overnight train to explore Lijiang, a tiny village lined with cobble stones and little boutique shops in the middle of Yunnan Province, or the time I got lost while trekking through Tiger Leaping Gorge.

There was no lack of adventures in China. It fed my travel spirit!

And even back in Shanghai, there was never a dull moment, that is, if you didn’t want one.

There was something on every night of the week! New restaurants were popping up on every street corner, each one more delicious than the next.

Wednesdays were ladies night at Zapatas, where free margaritas would flow until midnight and the party would go on until 5am.

Thursday was free manicures and free drinks at Bar Rouge.

On Friday’s swanky after-work bars were filled with young attractive expat men and Saturdays were spent rubbing shoulders with models at VIP tables at M1NT.

Somewhere between Yongkang Lu and Yongfu Lu, between the best street food,  the next free cocktail, and that cute guy chatting me up on the curb outside of The Apartment bar.

I used to look around at my life and feel incredibly lucky to be young and single in the city, as alive and vibrant as Shanghai!

But after a while, the party life lost its appeal.

The expat community started to feel too small.

In the city of 14 million people, the 300,000 foreigners all seemed to somehow know each other.

At times, it was just like living back in Canada, in the small town of Waterloo, where everyone went to the same bars, hung out with the same people, and had the same terrible luck in dating.

Except for one big difference.

Here, every other weekend, you were invited to a good-bye party. One by one, my friends would throw in the towel and call it quits.

Some moved elsewhere in Asia, while others packed up their bags and moved back to their home towns in Europe or North America.

There were new people arriving every week, but after a while, I no longer had the interest nor the desire to go through any more friendship cycles.

After 8 months of fascination and adoration of life in Shanghai, my love for the city started to fade.

The spitting and shitting, the shoving and pushing, the pollution, the work ethics, and all other cultural differences would annoy me more and more with every passing day.

There were still 100 other places I wanted to visit in China, but my heart just wasn't in China anymore.

So 340 days into my life in China, I too, chose to move on. Some felt like I was giving up, running away from “hard” life. But for me, it was just time to go.

I look back on my days in China with nothing but fond memories.

At times, living in China was tough, but the good days definitely made up for the bad ones!

The cultural differences made for great stories, the horrid dating stories taught me some valuable lessons, and my experience traveling through rural China pushed me to become the traveler that I am today: patient, adventurous, respectful, and curious.

And for that, I will always be grateful to China!

Where to Get Off the Beaten Track in China

Top 10 Things to Do in Shanghai, China

Why You Should Travel Off the Beaten Path in China

Oksana Simakina is the author behind Drink Tea & Travel, a cultural travel blog inspired by her love for tea and her passion for travel. She left her home in Canada in 2011 and has been exploring the world ever since, pushing beyond the major sights and tourist attractions.