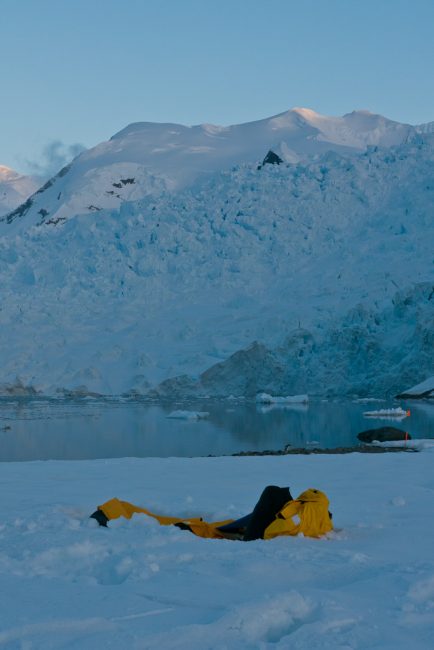 Camping in Antarctica is certainly one of the most unique things we will ever do in our lives. To sleep on the 7th continent with nothing but a bivy sack and a sleeping bag between you and the snow is one of the most adventurous things we could do at the bottom of the world.

Camping in Antarctica, The Videos and More Tales

The night was freezing and our toes were like blocks of ice by the time 5:30 am came around, but we will have a story to tell for the rest of our lives.

Time Lapse of the entire process

Not even number 1. Nothing and I mean nothing is allowed to be left behind. So after a sparse dinner with very little water or wine, we packed up our bags and set out to the shores of Paradise Bay where we spent the night overlooking the harbour.

It was a spectacular evening with a full moon rising before our eyes.

The wind was calm and the weather was as warm as it could be for a place like Antarctica.

31 of us slept in the snow that night and we all survived. We listened to the lull of the generator at the Argentine Research Centre drowning out the noises of the snoring coming from both the people and the Weddell and Fur Seals that set up camp right beside ours. 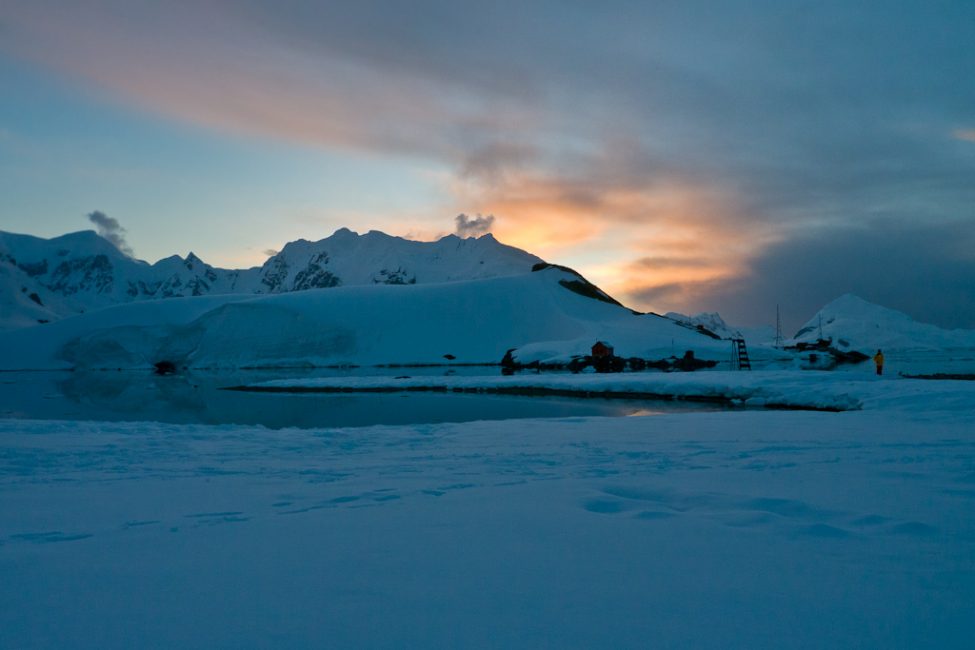 Argentine Research Base Near Our Campsite

They gurgled and cooed all night long and at one point I thought that my stomach was growling, but it turned out to be a seal possibly farting in the wind.

For more on our Antarctica Camping Experience, Check out our post Camping in Antarctica

Video of Camping on the Continent

We awoke to an early wake up call. At 5:10 am, Solan our guide yelled, There are exquisit things to be seen today, wake up! We leave in 20 minutes.

In the blink of an eye, we packed up our camps and caught the zodiacs back to the ship. In an instant it was over, but we'd always have a tale to tell.

We followed the footsteps of Shackleton, Scott and Byrd. It may have only been for one night, but we had a taste of what these early explorers went through and can attest, that they were hearty souls.

The men who pioneered the exploration of this continent suffered and struggled and after spending a night in their shoes, we have the upmost respect for what they accomplished.

A Day in the Life – An Extreme Winter Expedition

WebsiteFacebook
You are Here: Home » Antarctica » Camping in Antarctica, The Videos and More Tales